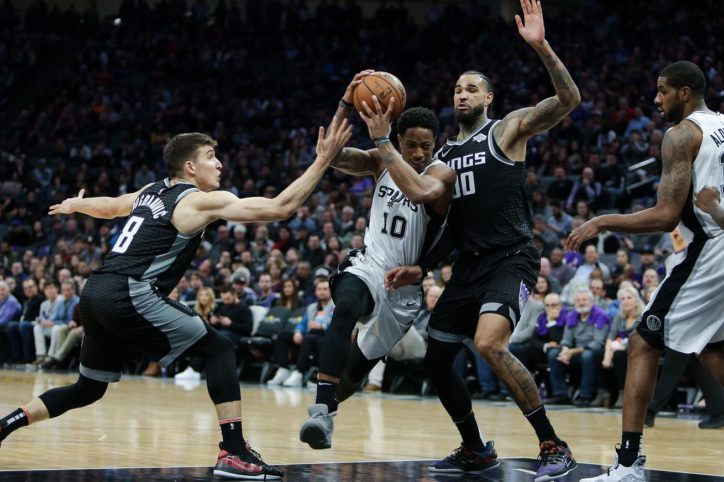 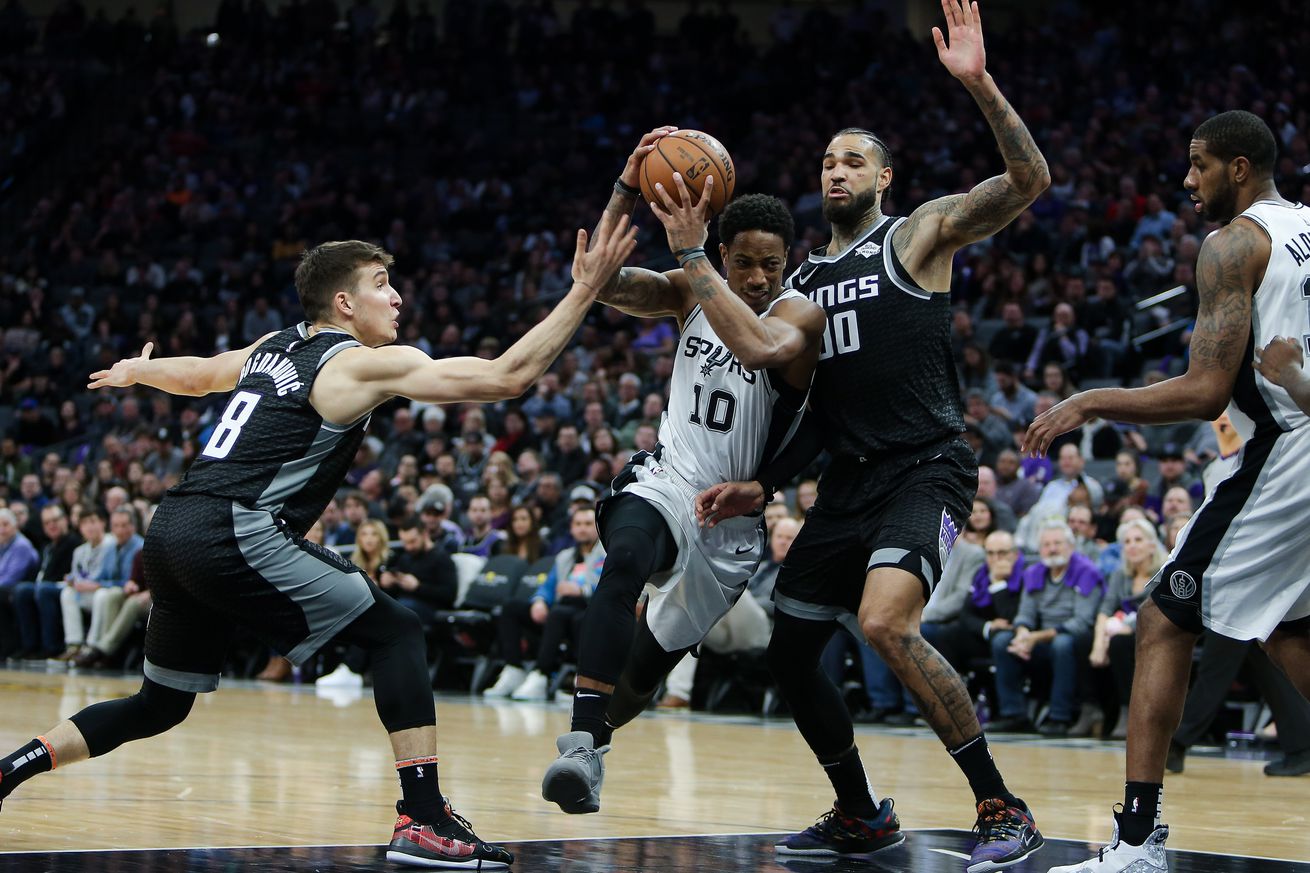 The Spurs will look to keep pace out West when the 9th seeded Kings come to town tonight.

The Sacramento Kings look like they’ve finally found some very good pieces to build around heading towards the future. At 37-39, they’ve already won more games than any team they’ve fielded since the 2007-2008 season when they went 38-44. They have a stud at what is considered the most important position in basketball, point guard De’Aaron Fox and a sweet-shooting 2-guard in Buddy Hield to make up their backcourt. Though he’s coming off the bench this year, former Duke big man Marvin Bagley III is having a strong rookie campaign, averaging 15 and 7 in just 25 minutes a game.

The last time these two teams met was at the very beginning of the Rodeo Road Trip, where the Kings set the tone for both the game and the RRT as a whole in their 127-112 win. However, that Spurs team was without Derrick White, and with Sacramento on a road SEGABABA following a loss to Houston, the Spurs should have an excellent chance at winning this game, and with the Oklahoma City Thunder in free-fall, they also have a shot at maintaining positioning in the standings.

Sacramento ranks 2nd in the league in pace. Dave Joerger, to his credit, is allowing his young guns to run the floor and push the pace as often as possible. The Spurs, meanwhile, are a modest 22nd in pace, preferring to run their offense through LaMarcus Aldridge and methodically out on the perimeter.

In the loss back in February, the Spurs were outscored in transition 35-17, a sign of a team pushing the ball and taking advantage of a defense before it has time to set up. A big part of that came down to made shots, as the Spurs shot only 42% for the entire game. That’s a disaster for a San Antonio team that has played porous D most of the season, flashing potential only occasionally.

If they want to slow down this Kings blitzkrieg, forcing them to take it out of their own basket should do wonders for their D.

Derrick White has had a bit of a rough patch the last few games. he’s recorded double digits just once in his last 5 games. We know how good he is finding guys for shots and he is becoming renowned for the fantastic defense he brings night in and night out, but he’ll need to make Fox work on the defensive end tonight as well to help tire out the engine of the Kings. Fox is coming off 37 minutes against Houston last night so there is a chance he is coming into this game with heavy legs. It’ll be important for Derrick to bring his whole game and looking to score the ball.

Bet on the Kings going to some Zone tonight?

A nasty trick that teams have been going to when they face the Spurs is a heavy dosage of zone defense. San Antonio has looked ill-equipped to attack it, instead settling for passing the ball aimlessly around the perimeter and jacking up shots when they can’t get anything else. Hopefully they’ve watched some film and will be capable of reading the zone and finding the soft spots in it, which typically include the free throw line area. I’ve seen Rudy Gay flash to that spot multiple times, but I would like to see DeMar DeRozan being that flasher more often as well with his teammates looking to get him the ball in what is one of his comfort zones.

For the visitor’s perspective, check out SacTown Royalty.