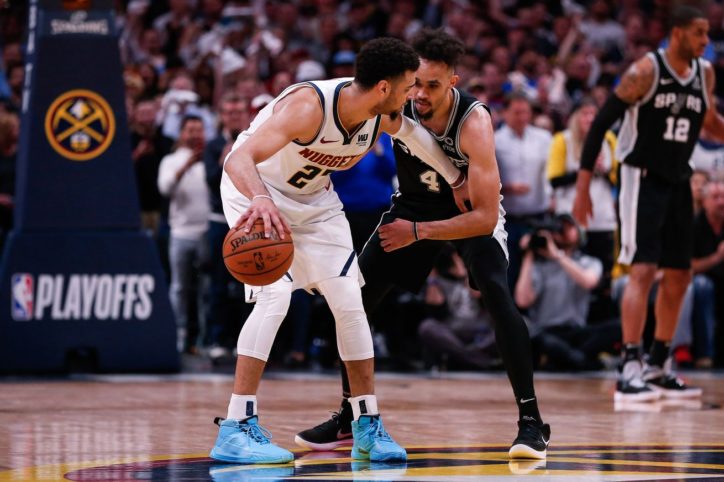 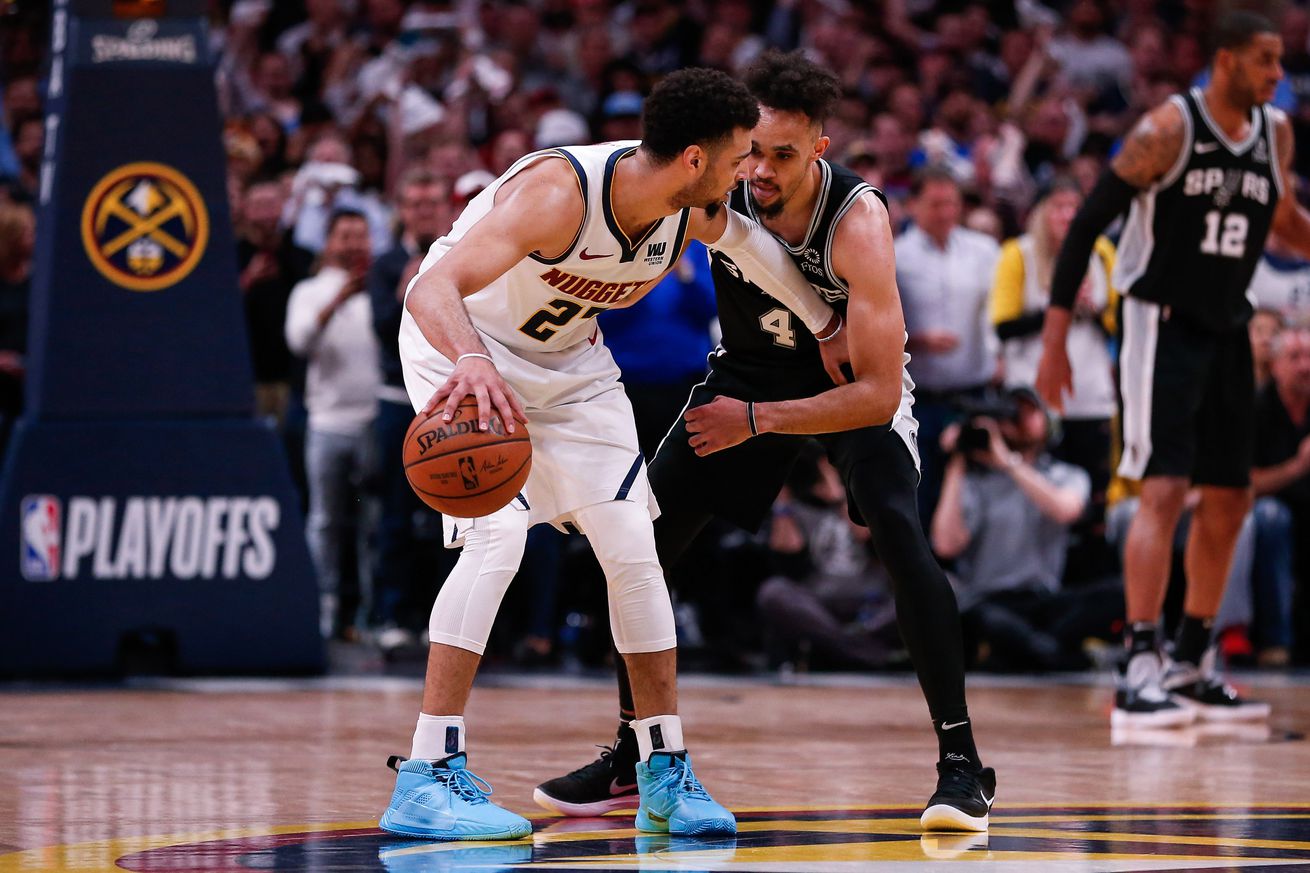 With the series tied at 1 game a piece, the Spurs will return home looking to steal back some momentum after Denver came back from 19-down in Game 2 and go up 2-1.

It is pretty incredible that the Spurs aren’t up 2-0 on these Denver Nuggets. They got great games from DeMar DeRozan and LaMarcus Aldridge to go along with another very good performance from sophomore guard Derrick White. They held a 19-point lead at one point in the 3rd quarter, leading by 6 at the start of the 4th. What happened?

Jamal Murray happened, that’s what. Held scoreless for most of the game, Murray went off in the 4th, scoring 21 of his 24 points on 8/9 shooting, including a few ridiculous shots that completely stole momentum away from San Antonio and helped Denver not only get back in the game, but into this series.

The venue will now switch to San Antonio, where the Spurs were 32-9 all season and a completely different team defensively. If they play to the standard that they played at for most of the season at home and for 7 of 8 quarters in Denver, it is conceivable that they could be looking to wrap this series up back in Denver next Tuesday.

Pick up the transition defense

The Nuggets scored zero fast-break points in their Game 1 loss. San Antonio was able to dictate tempo right from the get-go, even though both of these teams were close to the bottom of the league in terms of pace. That changed in Game 2, particularly in the 2nd half when they went on their run that ended up deciding the game. Aided by 10 Spurs turnovers and some misses, Denver finished the game with a 21-6 advantage in fast-break points.

Within the friendly confines of the AT&T Center, the Spurs should hopefully be able to minimize this damage once again, but it will still be difficult. Denver has a roster that is full of athletes that should be looking to push the pace in transition, even though they’ve been so Jokic-centric most of the year because of his unique skill-set. With the success they had pushing the ball off of misses in Game 2, look for them to try and get out on the break more often than not tonight.

The bench has to step it up

The bench, in particular Rudy Gay, played outstanding in Game 1, outscoring Denver’s reserves 31-23. It was a different story in Game 2, with the reserves matching Denver’s 23-23 for the game. San Antonio’s bench features a lot of players that need to be hitting their shots in order to justify them being out there a lot of the time. A player like Marco Belinelli is never going to be able to lock down a majority of the perimeter players in the league, and Denver made a conscious effort to attack him whenever he was on the court.

The trio of Patty Mills, Belinelli, and Gay combined for 18 of the Spurs’ bench points Tuesday night, but it took them 19 shots and they had by far the worst defensive ratings of anyone on the team that saw significant minutes. As 3 of San Antonio’s 4 key reserves, those guys will have to make more shots than they did last night if they’re going to continue to be out there seeing important minutes.

The Spurs need DeMar DeRozan, LaMarcus Aldridge, and Derrick White to play how they did in Game 2

As bad as that second half looked, we can’t just ignore that San Antonio was in prime position to win Game 2 behind the efforts of their starting big three. DeRozan and Aldridge had it going after a very poor (by their standards) Game 1, while White turned in another solid performance through 3 quarters. White was everywhere defensively before the wheels came off in the 3rd quarter and DeRozan did all he seemingly could offensively to will San Antonio to a 2-0 series lead, going 4/6 for 10 of his team high 31 points in the 4th quarter.

If these 3 play about as well as they did in Game 2 and the reserves are able to play better at home (which is usually the case for most teams), San Antonio should have an excellent shot at defending home court and heading back to Denver next week with a 3-1 lead.