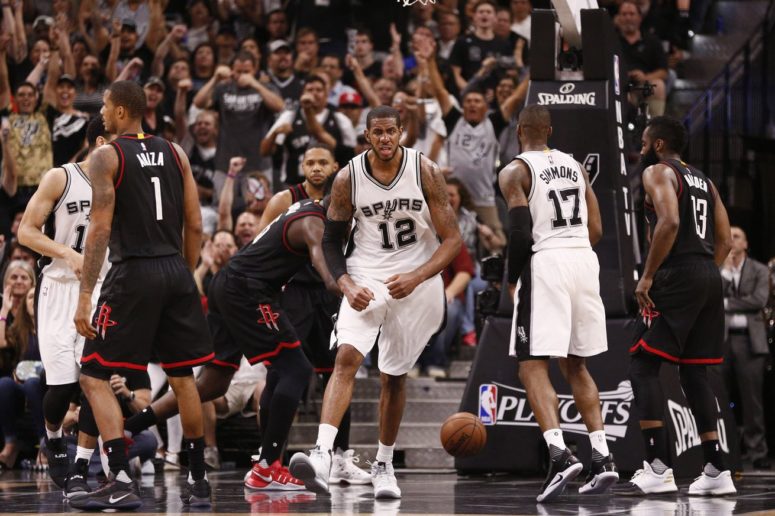 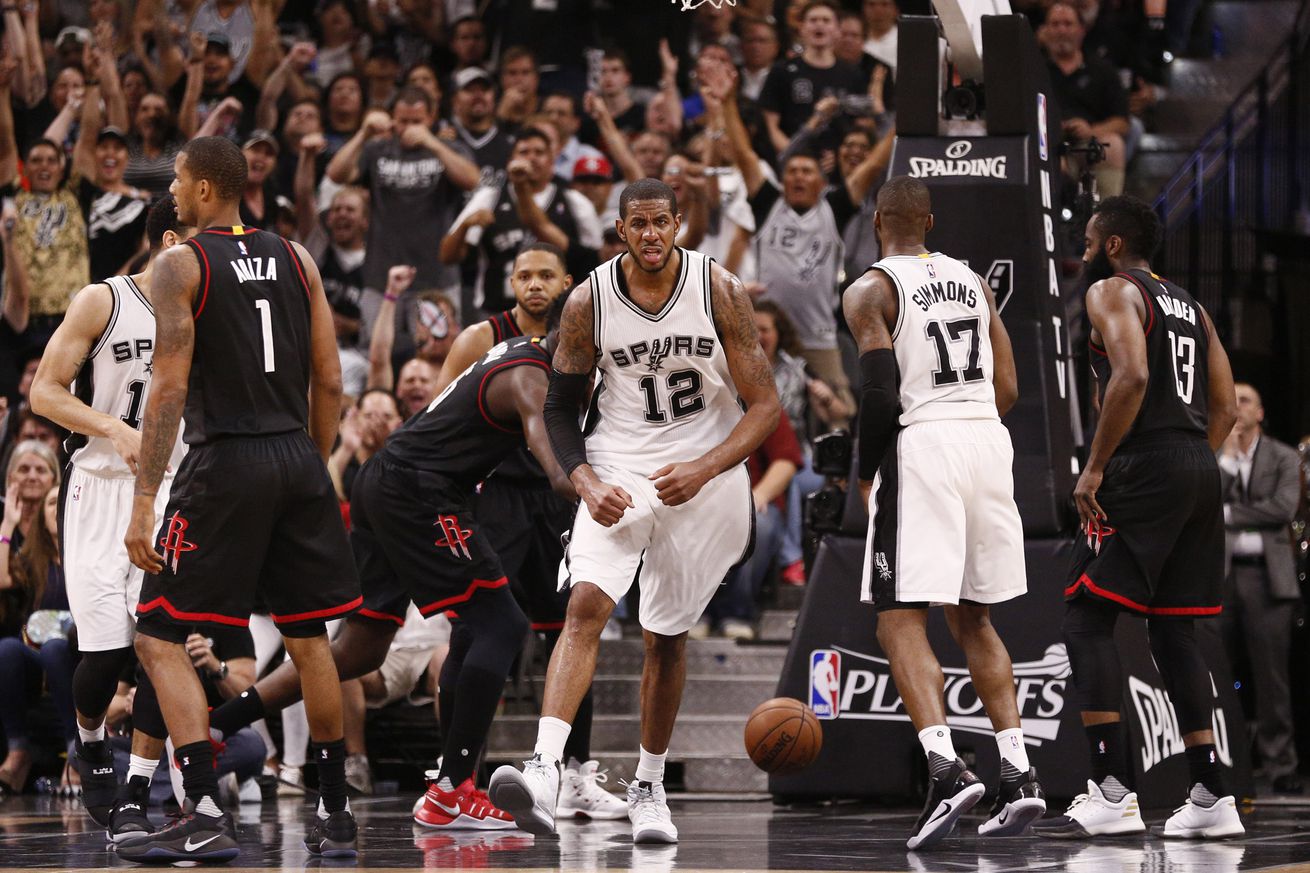 Closing the series out in Houston may be the Spurs’ toughest test yet, with or without Kawhi Leonard.

There are a few ways to look at Game 5’s all-out assault on our cardiovascular systems. You can say the Rockets muffed the chance to capitalize on Kawhi Leonard’s injury, that the Spurs dug deep and found the right combination of pace, lineup success and smarts, or call it a coin toss that could have just as easily resulted in Houston being up 3-2 right now.

All are true, really. Winning this series was never going to come easy, not with the stylistic challenge the Rockets pose, and especially minus Tony Parker and with a hobbled Leonard.

The Klaw had said shortly after Game 5 that he’d be good to go tonight, but his status is a bit murkier as I write this. The Spurs listed him as questionable yesterday.

The Rockets will obviously gameplan as if Leonard is playing, and it’ll be interesting what, if anything, changes on their end. A few questions: will D’Antoni once again lean on a seven-man rotation after his offense appeared to run out of gas in the fourth quarter and OT of Game 5? Will he find a way to save Harden’s legs or leave his point guard to bang with the likes of LaMarcus Aldridge and Pau Gasol in the paint again? Will he stick with a lineup with Ryan Anderson at center?

Adding onto that last point, the numbers on Houston’s second-most-used lineup over Games 4 and 5 (16 minutes total) — Anderson-Ariza-Gordon-Williams-Harden — greatly favor San Antonio: a 101.5 offensive rating and 129.5 defensive rating. Expect the Spurs to attack the rim as much as possible whenever Anderson is anchoring that unit.

There are all sorts of reasons to think the Rockets push this series to seven. Between Leonard’s status, the Spurs’ dependence on their role players (who generally play better at home) and the fact that Houston is a very good team, this will be a very tough game to win. But Gregg Popovich is a mage, committed to slowing (and reversing) time and proving that three isn’t always greater than two. I wouldn’t put anything past him.

The Spurs must win the pace game, again

The first four games of this series averaged 99.1 possessions per game. Game 5 had a pace of 93. The closer tonight is to 90, the better. It’ll take the Spurs being careful with the ball once again (they had seven turnovers in Game 5) and doing a comparable job getting back in transition.

After starting Dejounte Murray two games in a row, Pop decided to stop overthinking things and hand the keys to Patty Mills. The Aussie guard played 43 minutes in Game 5 and did a great job getting the Spurs into the offense while turning the ball over just once. The Spurs will need another strong performance out of him tonight.