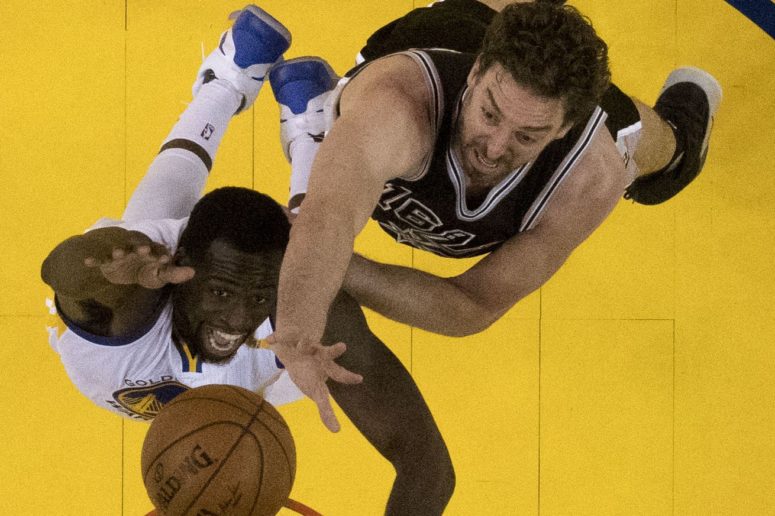 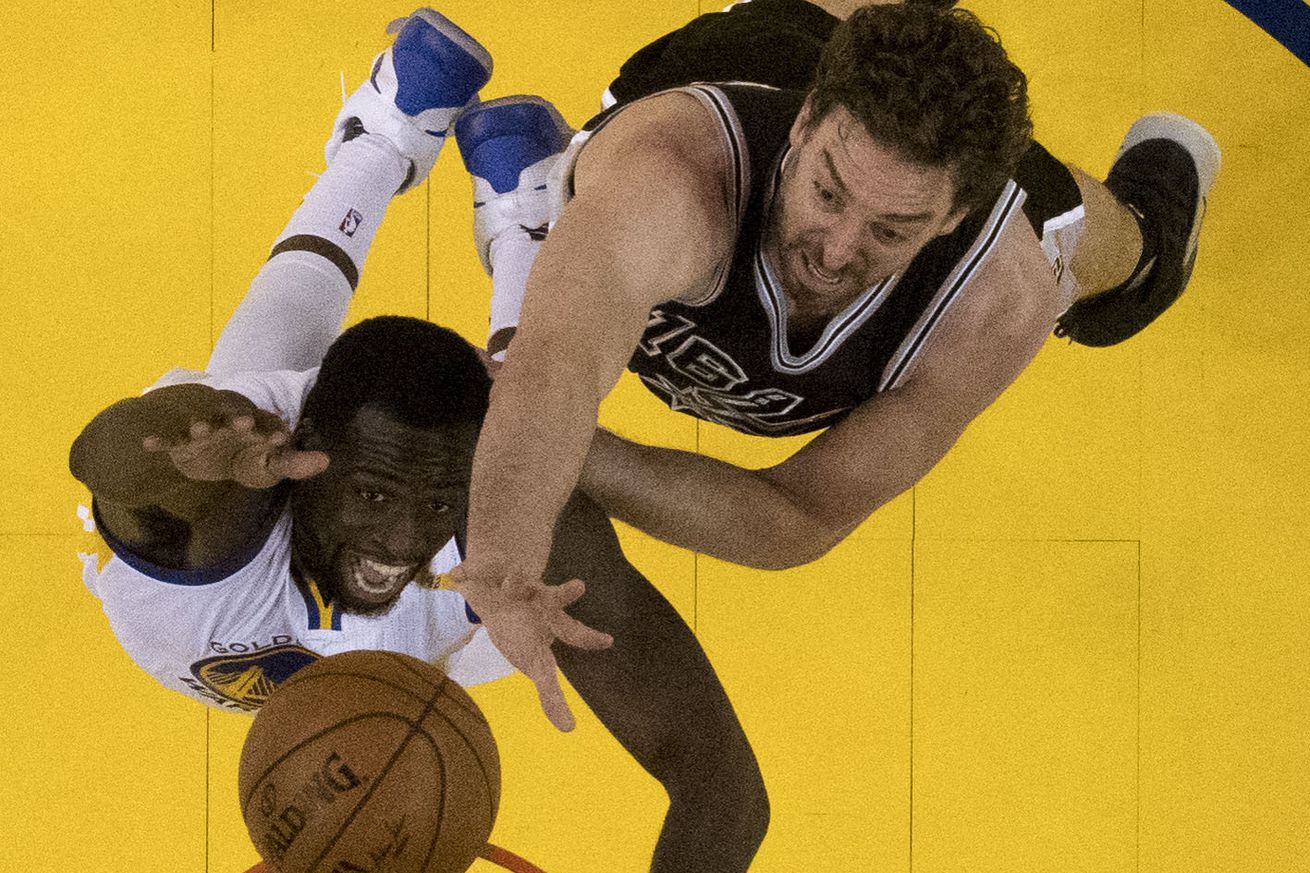 Can the Spurs hold serve at home and breathe some life back into this series?

The extended break between Games 2 and 3 doesn’t look like it was long enough — not to lift the Spurs’ immediate fortunes, at least. As we approach tonight’s tip, Kawhi Leonard’s status remains indubitably dubious, and it doesn’t bode well that Tim Duncan saw about as much time on the floor as he did this past week. Here’s what the MVP Finalist (congrats, Kawhi!) had to say on Friday:

“It’s getting better. I’ve been at practice, just watching things — a lot of treatment,” Leonard said. “It’s frustrating. You work all year to get to this point, and [not] being able to help your team win a game or just being able to play, it’s all very frustrating.”

For what it’s worth, the rest of the team has expressed the necessary urgency for Game 3. Manu Ginobili admitted they had felt sorry for themselves but are approaching tonight like it’s Game 7; Pau Gasol likened San Antonio’s position to that of a wounded animal; LaMarcus Aldridge said he would play more like himself and, presumably, less like the wraith that had two points and two rebounds in one half.

As was necessary for Game 2, everyone needs to be the best version of themselves. If they do, anything can happen. But for people that considered Tuesday something of a must-win, and poured their last dregs of Pollyannaism into their preview, this series is starting to get infected by Golden State’s brand of doom and inevitability.

That’s what the Warriors do; they’re an absolute, and you don’t match them with half-measures. Their defense has forced 17.5 turnovers per game and allowed just 36.2% of ‘open’ or ‘wide open’ shots (down from 45% in the Spurs’ first two series). They’re controlling the tempo (103.1 pace) and making pretty much everything, in the half court and the open floor.

A Warriors win is the likelier outcome tonight, but being right is overrated. Fire walk with me — Spurs by 10.

It starts with the bigs

Whether it’s defending the paint, crashing the offensive glass or getting some high-low action going, Aldridge and Gasol (who combined for 15 points in Game 2) need to be better. If Gasol doesn’t feature prominently in the offensive plan, I’m not sure the more defensively inclined Dedmon isn’t worth an early look, especially if the Warriors are leaning more on JaVale McGee tonight.

Patty Mills has struggled, too

These playoffs have been a never-ending referendum on the value and character of Aldridge, but he’s not been the only guy who’s not risen to the occasion.

Through two games, Patty Mills is 3-of-14 from the field. Even with Leonard gone for the last six quarters, Mills’ usage rate is 12.1%, lower than pretty much any other Spur. He’s averaging five points and two assists per game.

A lot is being asked of Patty right now — he’s chasing Steph on one end and being shadowed by the much-bigger Thompson on the other — but a series-long disappearing act would make it hard to see the Spurs paying him starting-point-guard money this summer, too.

Keeping an eye on the Warriors’ injuries

While the Spurs deal with the huge absence of Kawhi Leonard, the Warriors have a rotation pieces that are also in doubt for tomorrow. They can win just fine without Zaza Pachulia and Andre Iguodala, but it will push a few guys — JaVale McGee, Pat McCaw and Ian Clark — into bigger roles. It’s something to look out for, if nothing else.