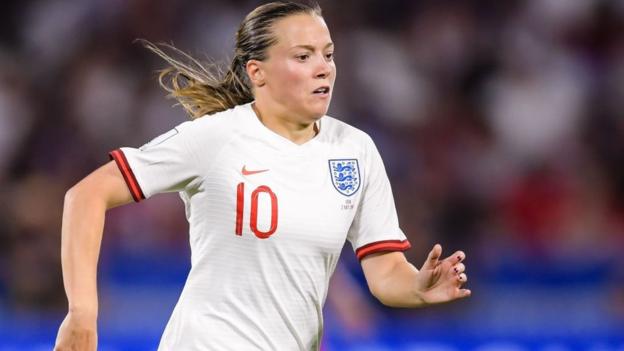 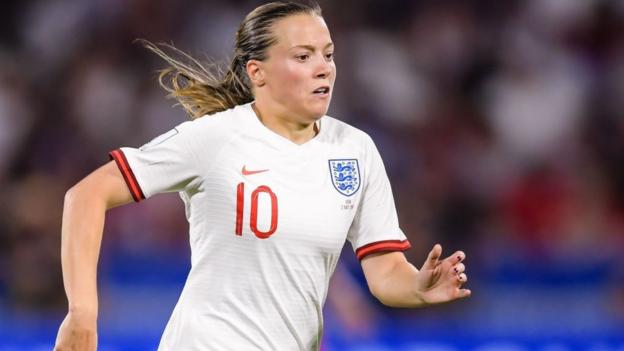 England and Chelsea forward Fran Kirby says she contemplated telling managers Phil Neville and Emma Hayes that she was “done” with football after being diagnosed with pericarditis.

The 26-year-old has not featured since November after being diagnosed with the illness – an inflammation of the fluid-filled sac around the heart.

Kirby says she “is in a much better place now than a few months ago”.

She was speaking live with ex-England defender Alex Scott on Instagram.

“I got to the stage where I felt like I didn’t know how it was to feel normal,” said Kirby. “I remember having numerous conversations and thinking: ‘I can’t do this any more.’

“Hopefully I’ll keep getting better and then we can see how it goes.”

In February, Kirby told Chelsea’s official website she was “struggling with understanding” how and why [the illness] happened.

“I didn’t even have the energy to be frustrated. I had no emotion. It took over my life in a negative way,” she added.

Kirby says “it was scary” being diagnosed as “nothing can prepare you for a completely random illness” and was forced to spend months having to “just lie on the sofa”.

She said she has felt like a “ghost” and a “zombie” at times during her illness.

“Some of the girls would come round for dinner and I would sit with my back to people just doing a puzzle,” she added.

Kirby says she still has “some symptoms here and there but it’s better”.

“I’ve managed to do a few sessions of training. But then I’ve also done something and had a setback. Everything I do has to be symptom-free,” said Kirby.

“The last few months have shown me the people that will really be there for you, even when you’re in a rubbish mood. It’s changed me a lot as a person and my appreciation for things that aren’t football.

“Stepping away from it has changed my perspective and that there’s so much more to worry about than giving the ball away in a game of football.”