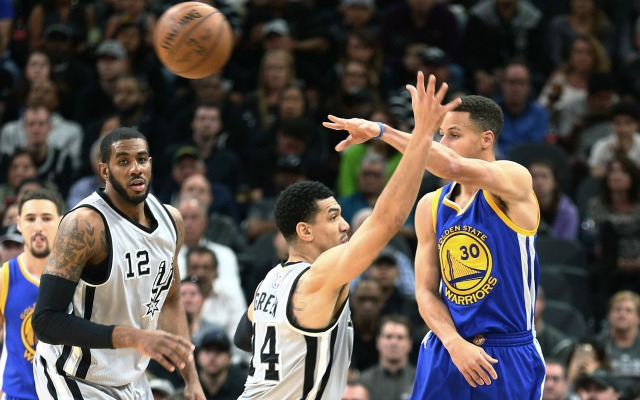 All season long, the Golden State Warriors have been the No. 1 seed in the West. But after losing to the Minnesota Timberwolves on Tuesday, the Warriors could possibly be surpassed by the San Antonio Spurs and fall to the No. 2 seed.

For Golden State to lose the top seed, a whole lot of factors have to happen though. Yet losing to the Timberwolves not only put Golden State’s quest for 73 wins in doubt, it also presents the Spurs with an opportunity to get the No. 1 seed as CBS Sports’ Matt Moore explains:

So, if the Spurs defeat the Warriors both times and somehow, someway, the Grizzlies find a way to knock off the Warriors in one of their two matchups, the Warriors fall to 70-12, and 43-9 in conference. If the Spurs then finish 5-0, San Antonio finishes 70-12 with a 3-1 head-to-head advantage, thus securing the tiebreaker and winning the No. 1 overall seed…….Read More

Source: Forget 73 wins, the Warriors can still lose No. 1 seed to the Spurs – CBSSports.com