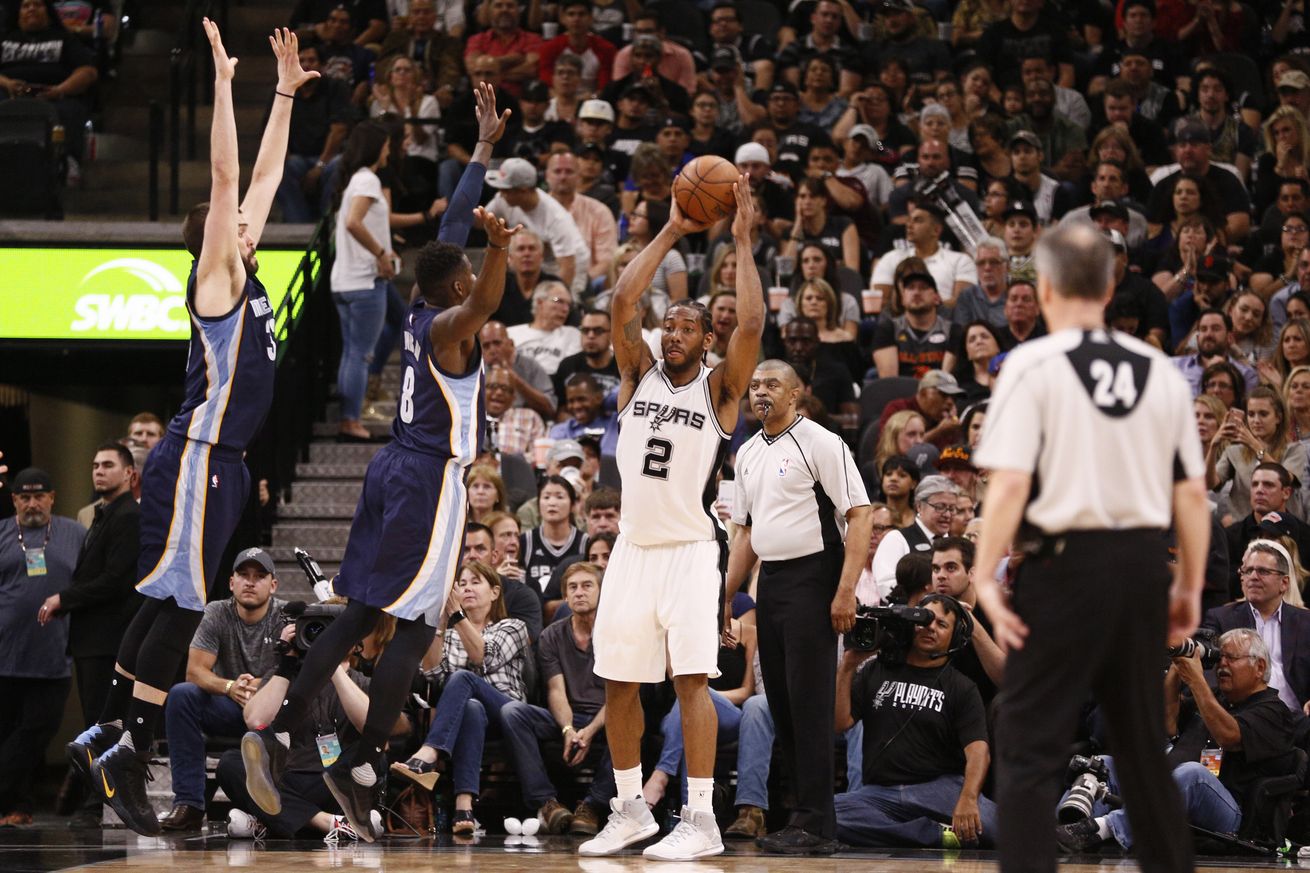 There is no “I” in Kawhi Leonard. Okay technically there is, but figuratively there isn’t. When informed that TNT’s studio crew of Shaquille O’neal, Charles Barkely, and Kenny Smith had dubbed him the second best player in the world (behind LeBron James), Leonard’s response was the following:

Humble, down to earth, and not worried about individual accolades, The Klaw is the quintessential Spurs star. It’s actually rather refreshing in an era where players are publicly making their own case for MVP or criticizing their own teammates for not giving them the ball more.

The Grandpa Juice is loose!

After laying a big ol’ goose egg in the Spurs first four playoff games and looking ineffective all around, Manu Ginobili came into Game 5 with something to prove, namely that he’s not done just yet. He did that and more with eight points in the first quarter and an excellent game on both ends to get the Spurs going after a sluggish start and propel the bench unit back to what it’s supposed to be.

Sometimes simple is the best

While Patty Mills’ fourth quarter heroics stick out as a big reason the Spurs sealed Game 5 in such dominant fashion, Jack Maloney of CBS Sports breaks down a more underrated play that really got the Spurs going on their final run to put the game away.

The Spurs are who they are

These aren’t your father’s Spurs, your older brother’s Spurs, or heck, even your Spurs of last year. This year’s team is different in many ways than what we’re used to from a Gregg Popovich-led team. Mike Finger at the SAEN goes over why it’s time to accept the Spurs for who there are…basically everything that we saw last night: talented, inconsistent but capable of extreme brilliance, etc…and how it may not be a bad thing.

Game 4 was bad for the Spurs…but actually good?

Shea Serrano of The Ringer has some…interesting takes on certain playoff occurrences that may seem bad (or good) at first, but are actually the opposite. One of them is why the Spurs Game 4 loss was actually good for both sides, among other things. It’s a weird read, but also interesting. (Also the author apparently hates either LaMarcus Aldridge or his face…I can’t quite tell…so take that however you wish.)

The Big Lead lays out its reasoning on why Chris Paul should join the Spurs this summer if he wants any hope of ever even reaching the Conference Finals. While that much is probably accurate, I’m afraid the author is not quite aware of how the salary cap works. (For example, shedding Manu’s $14 mil salary this summer will not open any new cap space since he was signed using his bird rights.) He also thinks Dejounte Murray is a small forward, so there’s that as well.

Over at Fansided’s “The Sixers Sense”, Josh Wilson goes over how the Philadelphia 76ers should look to the Spurs and try to emulate their success not only in the front office, but on the court as well.