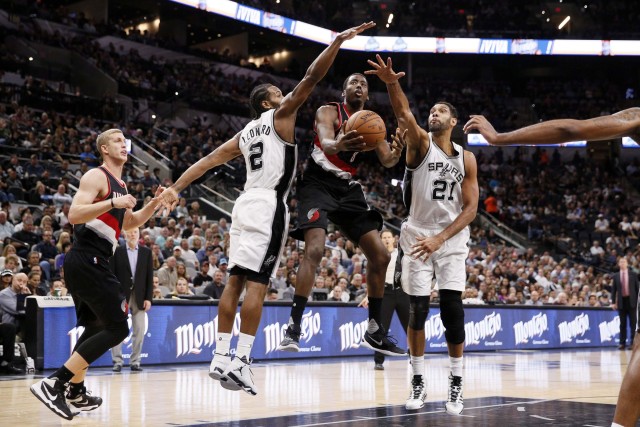 Repetitiveness is sort of the theme once we hit this time of the NBA season. The luster of a shiny new basketball year has been worn away by road back-to-backs and stretches of three games in four nights. We are still a few weeks away from the greatness of NBA Christmas Day (the first day that the average basketball fan actually tunes into the league), and a couple months from the All-Star break. The teams are done feeling each other out and the hierarchy in each conference is beginning to be established. Teams have seen each other multiple times (San Antonio Spurs have played the 76ers, Blazers, Nuggets, Celtics and Grizzlies twice) and have yet to see others (no Rockets, Warriors, Clippers or Jazz yet just to name a few for San Antonio). It’s no coincidence that repetitiveness is also the theme for “Finding Trends” thus far through this NBA season. My friends, we need to sit down and have a chat about sample size once again. I know, I know, you’ve already seen sample size twice this season, but that’s how the NBA works! We’re gonna see sample size again now, another time down the road, and for that matter, probably in the…….Read More