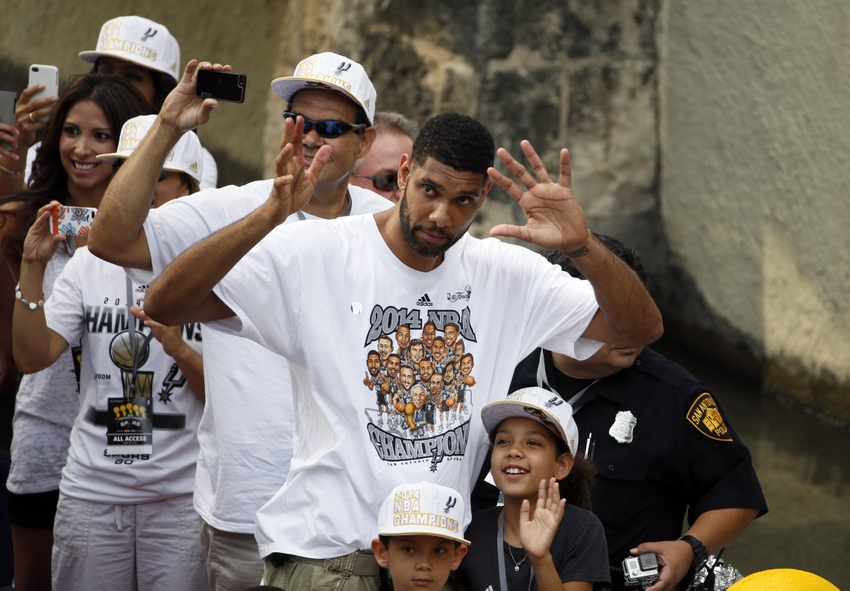 Five-time NBA champion. Three-time Finals MVP and two-time regular season MVP. Fifteen-time All-Star. One legendary career. Tim Duncan is one of the greatest players of all time and may be the greatest player of his generation. And yet, most basketball fans still under-appreciated him.

On Monday, Duncan announced his retirement in the most Tim Duncan way possible: a press release. Never one for fanfare, Duncan walked away from the game after the Spurs’ Game 6 loss to OKC.

If only we would have known that, we could have celebrated Timmy walking off the court for the last time. But that isn’t who Tim is; he’s the quietest, least marketed superstar ever. And that is the reason that outside of huge NBA fans, not a lot of people give Duncan the recognition he truly deserves. But his legacy speaks for itself, even though he won’t.
Duncan’s peers took to Twitter and showed their appreciation for the all-time great and future Hall of Famer……Read More

Source: Farewell To The Greatest, Most Underappreciated Power Forward Ever — NBA — The Sports Quotient