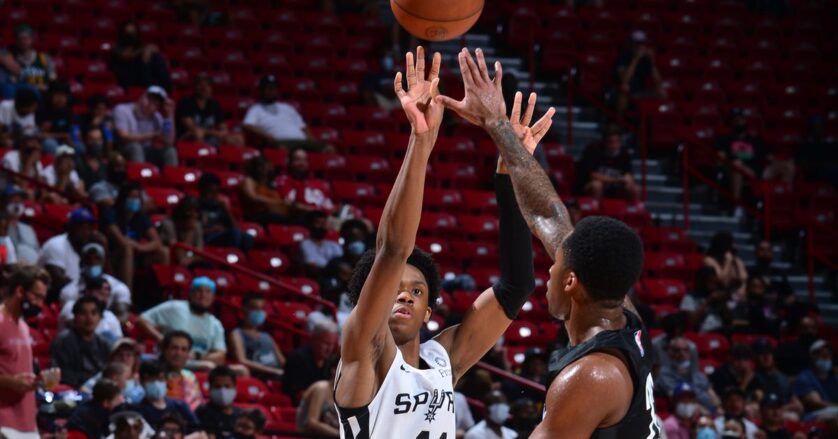 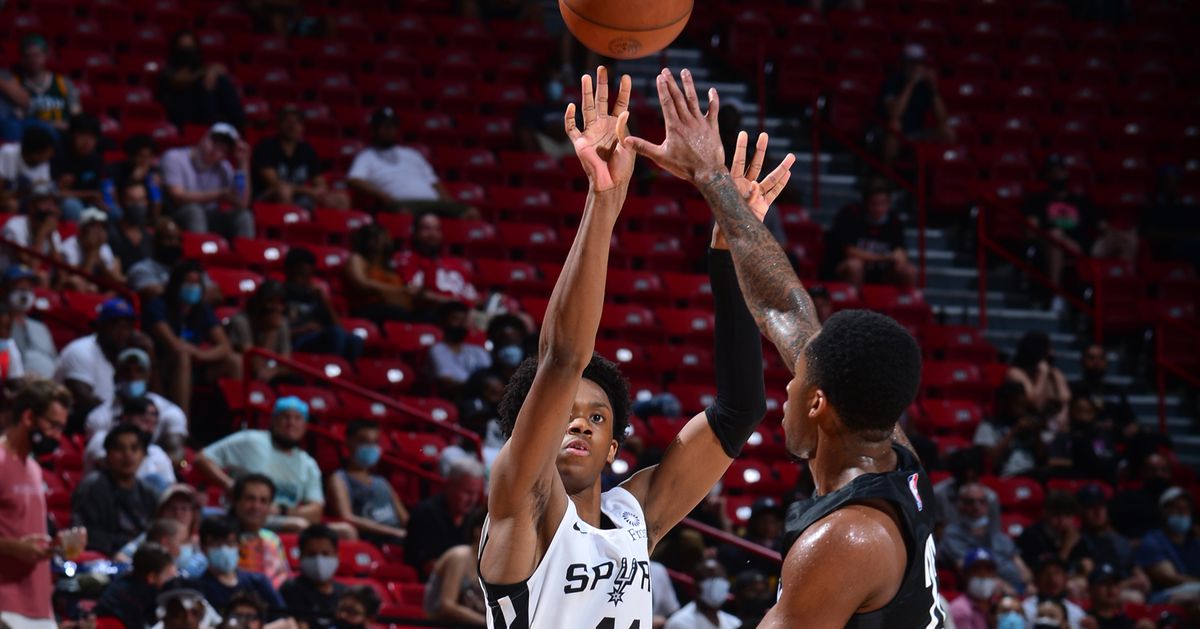 Josh Primo was one of the best shooters available in the 2021 NBA Draft Class. And while his Summer League shooting percentages didn’t tell the same story, there’s still plenty of reasons to be optimistic about his future with the San Antonio Spurs. His form is gorgeous, his release is insanely quick, and he relocates without the ball just about as well as any 18-year-old I’ve ever seen.

Not only does the rookie create open looks by utilizing screens, reading defenders, and making timely cuts, but his elite shot preparation always ensures he’s ready to fire away from beyond the arc the second the ball touches his fingertips. Although San Antonio could use a catch-and-shoot specialist on their roster, the young combo guard flashed intriguing shot-making potential off the dribble.

We’ve already explored Josh Primo’s finishing, advantage creation, ball-handling, court vision, passing, and decision-making over the past couple of weeks. And today, we’ll continue our Summer League film study series by diving into his off-ball movement, off-the-dribble shooting, catch-and-shoot jumper, and shot selection between his brief stints for the Silver and Black in Las Vegas and Salt Lake City.