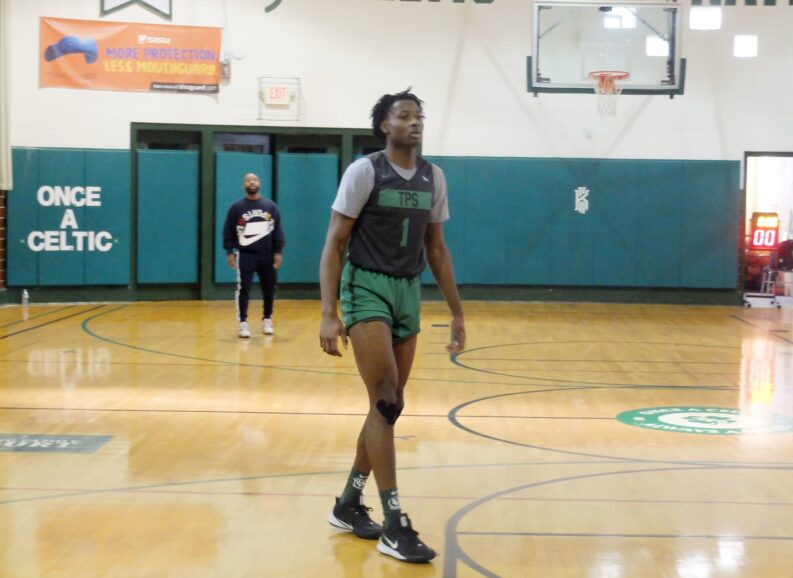 The 2020 NBA Draft has been in the rearview mirror for all of a week and we’re already moving on to the 2021 Draft. I love it. And, if ESPN’s Jonathan Givony is right, so should San Antonio Spurs fans.

One of the reasons NBA teams were so hesitant to move up in the 2020 draft was that doing so might have cost them a pick in what should be a star-studded 2021 class. Where the 2020 class fell short on perceived top talent, the 2021 class is overflowing. You can find star-caliber players all throughout the lottery.

As underwhelming as their offseason has been, the Spurs have done everything right so far. They added great talent in the draft, re-signed key players, let a few guys walk, and should be entering the upcoming season with a similar roster to what they had this year.

With a similar roster comes an unsurprisingly similar result – many predict the Spurs to be back in the lottery once again. But if they can walk away from the 2021 NBA Draft with the player some are predicting them to grab it’ll all have been worth it.

In his first mock draft for the 2021 class (subscription required), Jonathan Givony predicted that the San Antonio Spurs will use their 9th overall pick to select Jonathan Kuminga. If you’re not familiar with Kuminga, let me introduce you to the top small forward prospect in the 2021 class.

Kuminga is an explosive and smooth 6’8 forward who would love nothing more than to dunk every time he flys down the floor. He’s wildly explosive, blessed with a 6’11 wingspan, and uses his outstanding physical gifts to impose his will on the game on both ends of the floor.

He will be joining fellow top prospects Jalen Green and Daishen Nix in a new experience as they play for the G-League’s G League Ignite team. This will give NBA teams a whole new look at the players as they’ll be regularly competing with players vying for a spot on an active NBA roster.

San Antonio Spurs fans might not be excited about missing the playoffs for back-to-back seasons but trust me, it’ll be worth it if the Spurs can land Kuminga. If San Antonio can pull of drafting Devin Vassell and Kuminga in back to back drafts they’ll have turned one of their most glaring weak spots into an area of immense strength in just two seasons.

The one thing that this team is clearly lacking is a true alpha dog, a guy who can demand the ball and physically dominate the game while carrying a whole team behind him. Jonathan Kuminga can be that kind of player for the Spurs.

His outside shot needs some development still but given the Spurs’ track record of helping players improve their jumpers that shouldn’t be a concern for anyone. If he can figure that part of his game out there should limits on the kind of player he can become.

Is it probably too early for me to be getting this excited about the possibility of the San Antonio Spurs drafting Jonathan Kuminga? Probably. Will that stop me from leading the Kash in for Kuminga campaign for the foreseeable future? Absolutely not.