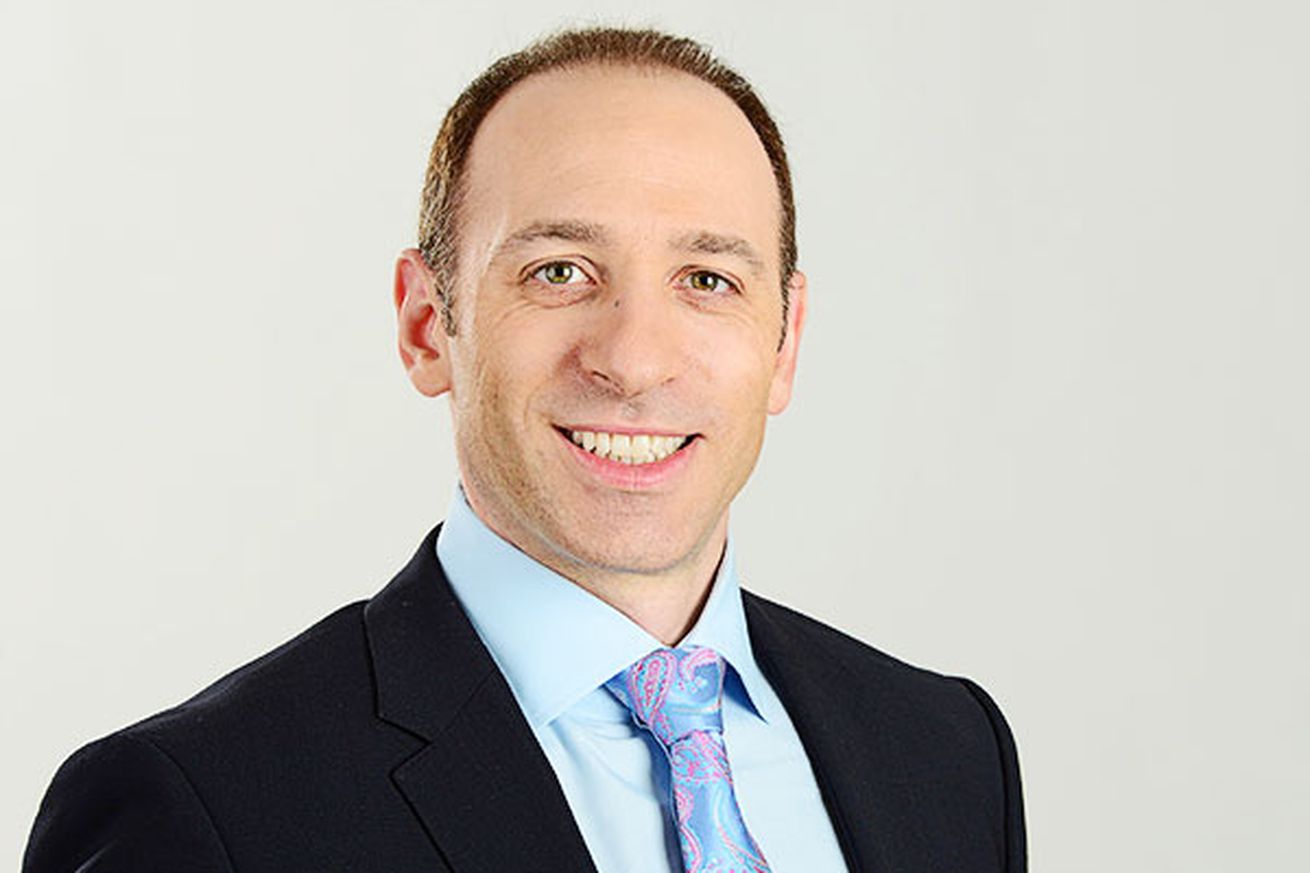 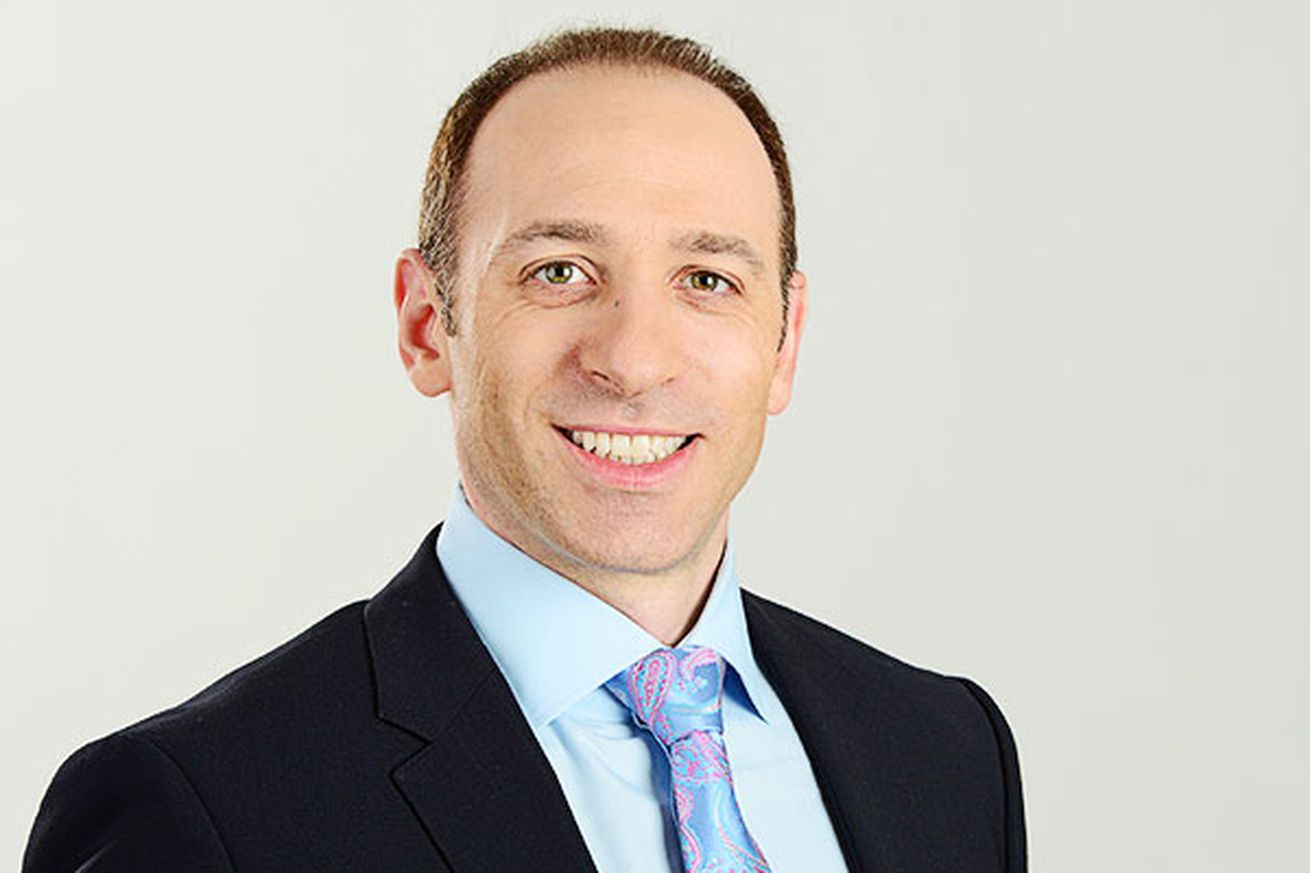 The veteran broadcaster shares his Spurs thoughts and offers perspective on the nuances of his different jobs.

Dave Pasch will be the play-by-play announcer for Friday’s Spurs–Pelicans game on ESPN. You’re probably familiar with his name or his face, and you might know his voice as well, but maybe haven’t made the connection between all three. He’s been with ESPN for 13 years covering not just the NBA but numerous other sports including the WNBA, men’s and women’s college basketball, college football, the Little League World Series and even arena football. PtR was given the chance to speak to him about the game and his career, and here’s the transcript.

So I’ve followed your work and I’ve seen you all over ESPN. You do the NBA, you do college football, college basketball, you’re even the radio play-by-play announcer for the Arizona Cardinals. For me, it’s hard enough just keeping up with the Spurs and having a working knowledge of the 29 other teams in the NBA. How are you able to prepare and retain the names and stats and team roles for and all that stuff to the degree that an audience can appreciate that you sound like you know what you’re talking about for so many different sports and teams?

Well, a lot of it is that I’ve done it for so long that you get used to it with preparation, staying ahead of it, so you’re not in a situation where you’re cramming. A lot of it is working smart and handling your time, managing it properly and just, you know, being around too, and you go back to the last Spurs game and you look at your notes from the previous years or previous games and we also have a great research department at ESPN that provides us with a lot of information, articles, to just kind of stay abreast of what’s going on.

How different is it broadcasting a game on the radio versus TV? How long did it take you to figure out the nuances for each form and do you ever catch yourself now and again describing a play in one way when it’s meant to be the other way?

No, I think again, just because I’ve done it for so long, it’s been… I’ve done the Cardinals for 15 years and I’ve finished year 13 doing college football for ESPN, so it’s been 13 years of back-to-back, where you’re doing TV one day and radio the next, and I think I’ve pretty much been able to compartmentalize the two, but when I started doing TV I think my biggest fear was talking too much and I remember asking Bob Costas, this was probably 15-16 years ago, ‘What’s the biggest key when you’re making the transition from radio to television?’ and he said ‘If you feel like you’re talking too much then you definitely are,’ because, you know, you’re just so used to being so verbose on radio and describing everything, and on TV it’s a whole different animal, so I think I adjusted pretty quickly though.

Yeah, right with football you have an analyst, obviously on radio too, so that person is jumping in, but there’s so much more to describe on radio because obviously they can’t see it, but on TV a lot of your job is setting up the analyst and the storylines. On radio you don’t have time for storylines and setting up your analyst, a lot of it is just you’re doing the game.

I think one of the things fans like myself like when their team is on a national broadcast is getting a different, outsider perspective of their team. The NBA is notorious for having home announcers that are over-the-top partisan. Is that something you’re conscious of on your broadcasts, having to inform a national audience about teams they don’t watch or read about day in and day out but at the same time finding a way to keep the fans of those teams engaged in a way they’re used to with their regular broadcasts?

I think there’s a balance there, yeah. You’re trying to document the game, tell the stories around the league, too. It’s not just you’re doing the game for those two fanbases, you’re doing it for a league that may not even be tuning in to watch the game or to hear about those particular teams, they may want to hear about their teams, so there’s a balance between covering the national stories, hitting the storylines for each team that would be interesting for a national audience and also making sure you’re dialed in on what’s going on with the team so for the Spurs fan at home watching to make sure they’re connected with you because the last thing you want as a Spurs fan watching is to feel like they know more about the game than you do, so that’s always a key to make sure that you’re as dialed in as possible so that you sound credible to the local audience as well as the national.

Speaking of the Spurs, as fans we’ve had national announcers, more or less for the entirety of the Duncan/Popovich Era, use the same adjectives and euphemisms when describing their play. They’re methodical, they’re not flashy, they play the right way, they’re a “well-oiled machine” and all that stuff. Is it difficult at all to kind of ween off of those notions and stereotypes when it comes to the current team with Leonard and Dewayne Dedmon and Jonathon Simmons where all of a sudden you’ve got these guys throwing down alley-oops and having these huge chase-down blocks like LeBron does and thinking of the team in a different way?

I definitely think this team is different because they’ve got a one-on-one threat in Kawhi Leonard that they haven’t had in a long time, going back to Sean Elliott, so I think that that makes this team different, that you have a go-to guy and then you have your high-fliers like Jonathon Simmons.

I heard a story that when they were looking at Kawhi Leonard, they asked him, ‘Do you want to be good or do you want to be great?’ And you would think that’s a question that’s easy to answer but a lot of time that question’s not even asked, and sometimes when it’s asked it’s not answered. His answer was ‘I want to be great.’ It’s one thing to say it and another thing to then go do it, and I mean there’s stuff that he does that obviously they’ve worked with him to get better at and improve upon offensively, but there are other things that he just picks up, because he’s smart, he loves the game and he works at it.

Have you been surprised at all that they’ve been able to keep up last year’s pace even without Duncan, that there hasn’t been much of a dropoff at all, even defensively where they’re still the highest-rated team?

Not really because again they’ve got a superstar player in Kawhi Leonard. And then you have another All-Star, even though he didn’t get in this year in LaMarcus Aldridge. You have Pau Gasol, even though he missed so much time. I think it is surprising that they’re 33 games above .500 with the injuries that they’ve had, but being able to bring in David Lee, he fits in with what they do because, again, the guy just knows how to play offense. He’s a good rebounder. I just think, you know, I don’t know if they can challenge the Warriors, but they may have the best chance of anybody because they have a superstar player in Kawhi.

And what do you think of their chances going forward, especially since their style has kind of been counterintuitive, going against the grain of all these other teams like Houston who are trying to out-Warriors the Warriors, while the Spurs are doing it with two bigs and shooting midrange shots?

I think because the injuries the Cavs have and the unknown you have to say the Spurs are, well at least I do, anyway, that the Spurs are the team I’d be most concerned about if I’m Golden State. Again, I think that’s because of Kawhi, it’s because the Spurs can do both, they can pound you inside and can wear you down with their bigs, and they can also spread the floor and shoot the ball. They’ve got a handful of guys… look at their percentage, look at their shooting, I mean they’re shooting the ball better than Golden State. So, to me, right now though because of the Durant thing, the uncertainty, I know everybody’s kind of jumping at, ‘Who’s the team that can take advantage of that?’ and right now obviously it’s the Spurs because they’re in the same conference. I’m not sure Pop cares or they care what seed they get but just by virtue of winning games, which they’ll do, they’re going to have a shot at that one-seed.

Finally, I saw on the notes you’re not going to have a sideline reporter working the game. Does that mean you’re drawing Pop duty or are you gonna make Doug Collins do it?

Nope, we added one. We’re going to have one.

So one thing less off your mind then?

There you go, I’ll sleep better.