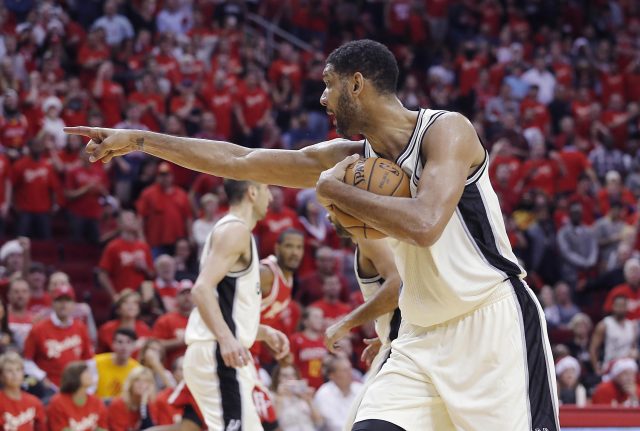 It is perplexing that Duncan started every game against the Grizzlies, even though he doesn’t seem to be very effective. After all, he averaged only 5.8 points, 6.3 rebounds, and 2.0 assists per game in an average of 20.3 minutes throughout the series. These numbers are nothing to scoff at, but they scream role player, not so much starter on a 67-15 team. So what more is there to Duncan’s game? The answer can be found in some less traditional measurements of basketball ability.

Where Duncan stands out most is at the defensive end, where he is playing at an elite level, even by his own standards. Through the first four games of these playoffs, Duncan is leading his team in defensive box plus/minus (DBPM), a box-score based measurement that attempts to quantify the quality of the player and the contribution he makes to his team, with a mark of 4.4.

This mark is the highest DBPM Duncan has posted since the 2007-08 playoffs, besides last year where he posted a DBPM of 5.1. This number is more impressive because since it is a box-score based measurement, none of the little things that Duncan does so well, such as defensive communication and positioning, are accounted for. Essentially, this number only begins to quantify how valuable Duncan is to the Spurs defensively……..Read More