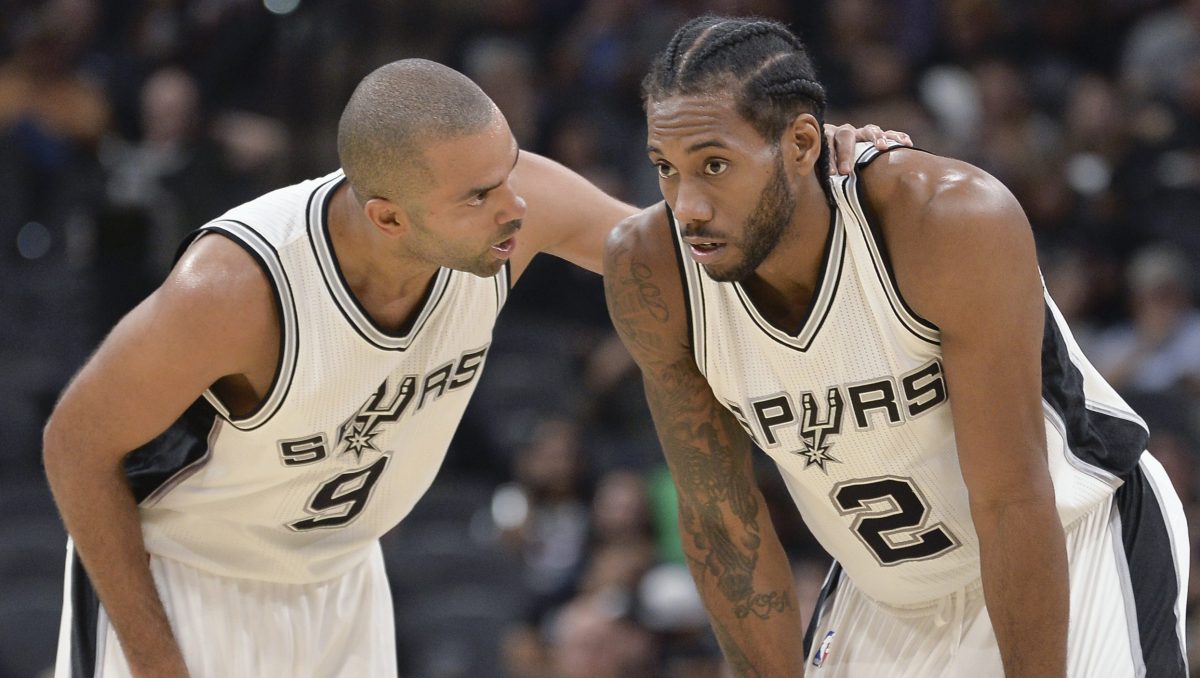 SAN ANTONIO (AP) — The San Antonio Spurs responded to their most successful regular season in franchise history with the greatest turnover in Gregg Popovich’s two decades with the team.

Tim Duncan’s retirement played a large role in the reconstruction, but so did losing in six games to Oklahoma City in the Western Conference semifinals.

Duncan is gone along with veterans Boris Diaw, Matt Bonner and late-season additions Andre Miller and Kevin Martin. While San Antonio added another veteran in Pau Gasol, they also brought in a lot of youth and athleticism as they prepared for life without Duncan, the power forward who led the franchise to five NBA titles in 19 seasons.

“Right now we don’t know what we’re going to miss on the floor because we haven’t been through the season yet,” Spurs forward Kawhi Leonard said. “(But) just knowing he’s not here, his personality isn’t here. Jokes that he makes during practice, that’s the things I’m missing right now.”

Duncan will be with the team occasionally as an unofficial assistant coach, but San Antonio is placing the team squarely in Leonard’s hands. The 6-foot-7 forward finished second in MVP balloting after averaging a career-high 21.2 points and 6.8 rebounds last season. He also was named Defensive Player of the Year for the second straight season.

After spending his first five seasons adding a pull-up jumper and honing his 3-point shooting, Leonard spent this offseason working on something else: “Just becoming a leader. Just making sure I know what’s going on, on the floor at every position. Just getting ready to get my mentality of just leading the group this year.”

Leonard’s evolution as a leader should be aided by Gasol. The 17-year veteran won two NBA championships while with the Los Angeles Lakers.

“One thing that makes me feel a little better with (Duncan’s) loss is Pau Gasol,” Popovich said. “He is a very intelligent man and he understands how to play and he’s played for a lot of good people. That’s going to help us in that loss, but having said that, it will take time to get all the new guys to understanding exactly how we play and who goes with whom.”

Gasol averaged 16.5 points and 11.0 rebounds for Chicago last season while earning his sixth All-Star appearance. Duncan averaged 8.6 points and 7.3 rebounds in the final season of a Hall of Fame career.

Gasol’s numbers will likely drop this season, though, as San Antonio will continue to develop around Leonard and LaMarcus Aldridge.

“It starts with me and L.A. first,” Leonard said. “If we win a championship, it’s going to be up to us to lead the group.”

The duo earned All-Star berths last season while leading San Antonio to a franchise-record 67 victories. But the Spurs dropped four of five games to the Thunder in the West semifinals and San Antonio knew changes were needed. The Spurs drafted 6-foot-5 point guard Dejounte Murray and brought in 2011 second-round pick Davis Bertans at forward along with signing 7-foot center Dewayne Dedmon along with David Lee.

Some other things to know about the Spurs, who open the season Tuesday night at Golden State:

Aldridge struggled to fit into the team’s offense in the first half of last season, but closed strongly to lead the team in rebounding and finish second in scoring. He said he was not bothered by reports San Antonio was willing to trade him.

“(Popovich is) a pretty direct person and this organization is first-class, so if that was the issue, I would have known way before the media knew,” Aldridge said. “So, I wasn’t worried about it at all.”

Point guard Tony Parker suffered a drop in scoring for his third straight season, which is a product of the team’s evolution rather than any decline in his game. The 6-foot-2 guard averaged 11.9 points last season, but he had a career-low 1.8 turnovers per game and shot 49 percent from the field. It was the third time in four seasons that Parker has shot 49 percent or better from the field. He also shot 42 percent on 3-pointers, marking the second straight season he has shot over 40 percent on 3s. Fellow veteran Manu Ginobili said he will not decide if this his last season until after it’s done.

“I think in the second ACL they put something special in there,” Bertans said.

Dedmon is expected to be one of the team’s primary frontcourt reserves if he can stay on the court. The 7-footer has struggled with foul trouble in his career, averaging 2.1 fouls in just 13.1 minutes per game. He is averaging 3.2 fouls in five preseason games, including fouling out in 22 minutes in San Antonio’s preseason opener against Phoenix.

Gasol has stepping into Duncan’s spot in numerous ways, not just in the starting lineup. Gasol has taken Duncan’s spot standing next to Parker and Ginobili during the national anthem and is also handling tip-off duties.