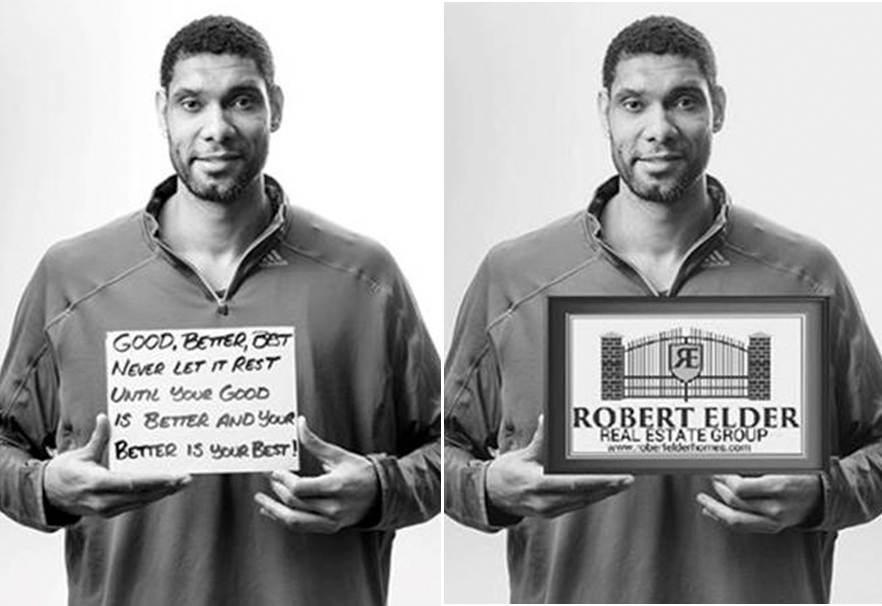 Real Estate Agent Robert Elder of Keller Williams was being sued by Tim Duncan for using his likeness in a photo without permission.

Retired Spurs forward Tim Duncan has settled a lawsuit over an altered photograph showing him as an unpaid pitchman for a real estate agent with Keller Williams in San Antonio.

Agent Robert Elder, who was the agent that repurposed a Duncan photo for the Realtor’s professional Facebook page, has resigned from Keller Williams in the wake of the fiasco.

In an email, Keller Williams spokeswoman Sarah Marshall said the incident was a very unfortunate situation and no disrepect or harm was intended by the agent’s actions. In fact the agent is a huge fan of Mr. Duncan.

“We worked closely with Mr. Duncan’s legal team to resolve the matter in a quick and professional manner and the suit has now been settled,” she said, adding that the firm takes responsibility for the “unfortunate misuse of Mr. Duncan’s image.”

Elder joined Bradfield Properties Inc. on Thursday, according to the Texas Real Estate Commission’s website. He declined to comment when reached by phone Monday……Read More