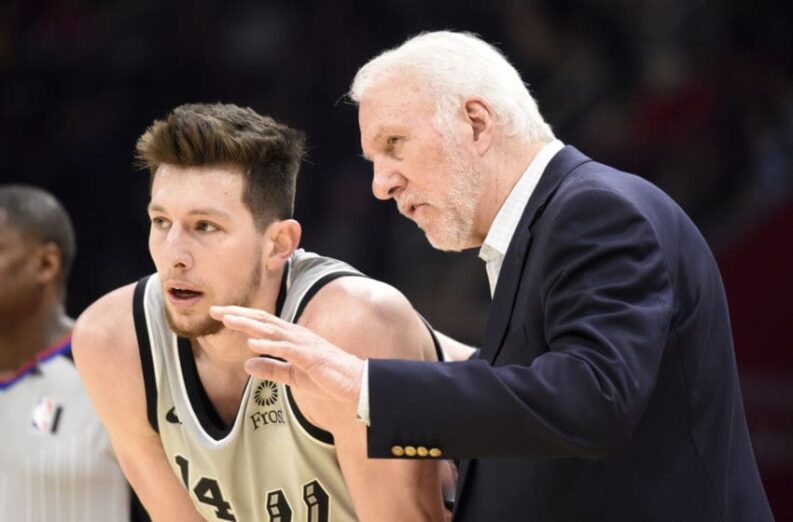 The San Antonio Spurs got out of the gates quick to open free agency. It was recently reported that they have reached an agreement with Drew Eubanks that will bring him back to San Antonio on a three-year deal.

Bringing back Eubanks is a solid move by the Spurs, especially after they waived Chimezie Metu earlier in the day. Eubanks gives them much-needed depth in the frontcourt and is coming off of an impressive showing in the bubble.

With Jakob Poeltl occasionally struggling with fouls, Eubanks was often the man called upon to step up for the bubble Spurs. He had quite a few solid games, averaged 7 points and 6.3 rebounds per contest over the final eight games, and even got a technical foul for sending Thanasis Antetokounmpo into the earth’s core.

All in all, not a bad showing for a guy who wasn’t able to see the court much for the majority of the regular season.

It’ll be interesting to see what kind of role Eubanks has with the team this year. He’s shown that he can play but unless LaMarcus Aldridge gets moved or the team decides to part ways with Jakob Poeltl, his path to playing time looks just as crowded as it did last year.

Sure, Metu is gone but he only logged 105 minutes this year. If the team is signing him to a three-year deal I certainly hope they’ve got a larger role than that planned for him.

Next: Ranking all 5 Spurs championship teams

This is a nice signing for the San Antonio Spurs but if this is the splashiest move they make we’re going to be seriously disappointed.