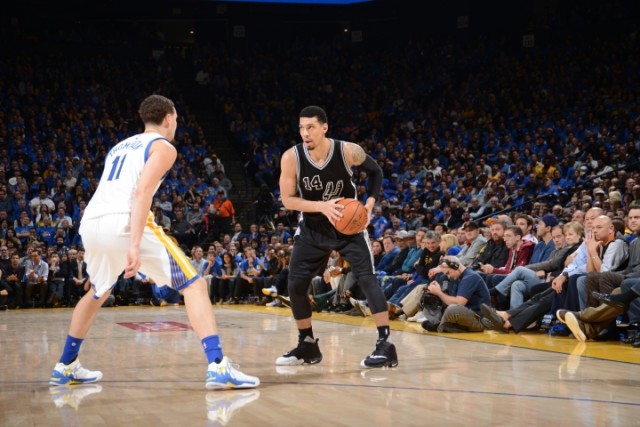 On Monday night, the San Antonio Spurs went into Oracle to play the most anticipated game of the NBA season. It was the first meeting between the two teams who are far and away the best in basketball right now, and the buzz was inescapable all week. It had all the makings of an epic battle; an unstoppable force vs. an immovable object, the Defensive Player Of the Year and his historically good defense against the MVP’s high flying offense, and the last two NBA Champions both with a legitimate shot at 72 wins. Fans were instead subjected (or treated) to a one sided blowout as the Spurs came out flat and the Warriors came out looking to prove a point. This game will help the Spurs though, because they don’t have a point to prove, just a championship to win.

Let’s face it, the Spurs are not the best team in basketball right now. Golden State shattered that illusion in a 120-90 spanking that felt even more lopsided than the final score. The Silver and Black Machine got a taste of its own medicine, and for the first time this season, fans, players and coaches were reminded of what it feels like to be on the wrong end of a blowout…….Read More

Source: Don’t worry about the Spurs in loss to Warriors | Project Spurs