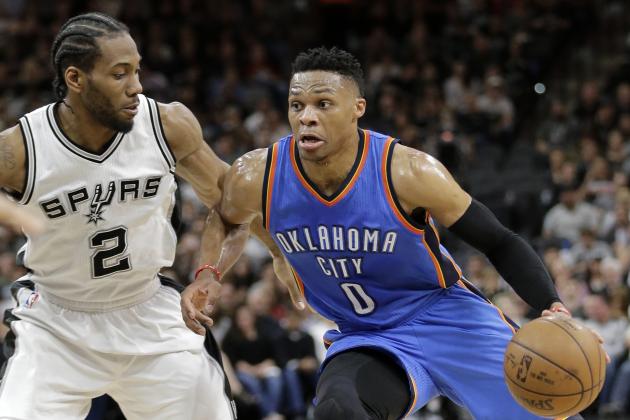 If you want to wring your hands, feel free. You can cry into your cereal, post tweets or website comments of outrage, kick, yell, scream … do whatever you want in the wake of Monday night’s officiating chaos at the end of Spurs–Thunder Game 2. The uncalled offensive foul on Dion Waiters — which head referee Ken Mauer said is a play he’d “never seen before” in a post-game comment to a pool report — was blatant and the biggest missed call in a sequence that featured what we tracked as eight missed calls on one sequence.

As the dust settles after … whatever that was Monday night … there will be calls for changes to officiating. People will scream about the two-minute report and how it doesn’t actually do anything, even though it’s a major step in the league’s effort to be transparent in the calls they get right and wrong. Thunder and Spurs fans will trade accusations. (“Manu stepped over the line!” “LaMarcus Aldridge was held on the offensive rebound!”) You know what none of this changes?

The Spurs lost. It’s 1-1. Game 3 is Friday, and we’ve got at least three more games of this series to play.

But before you head off to climb your high horse and vent about the “disgrace” that is officiating or how the NBA is “rigged,” you should know something…….Read More