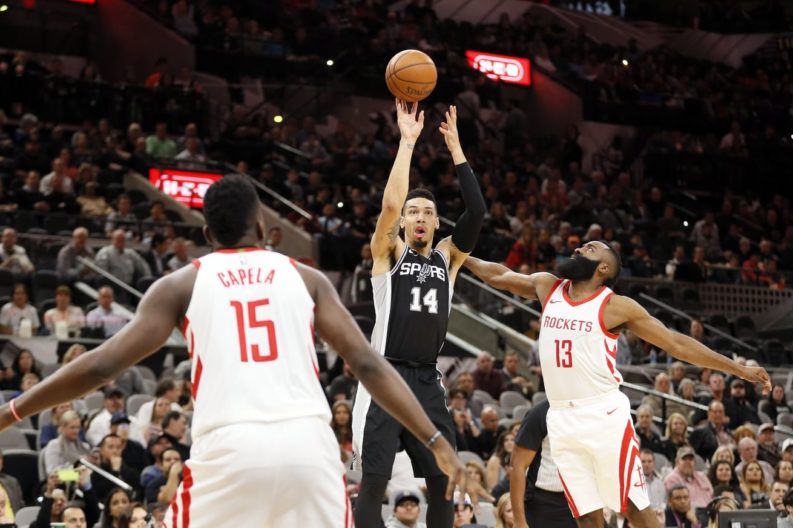 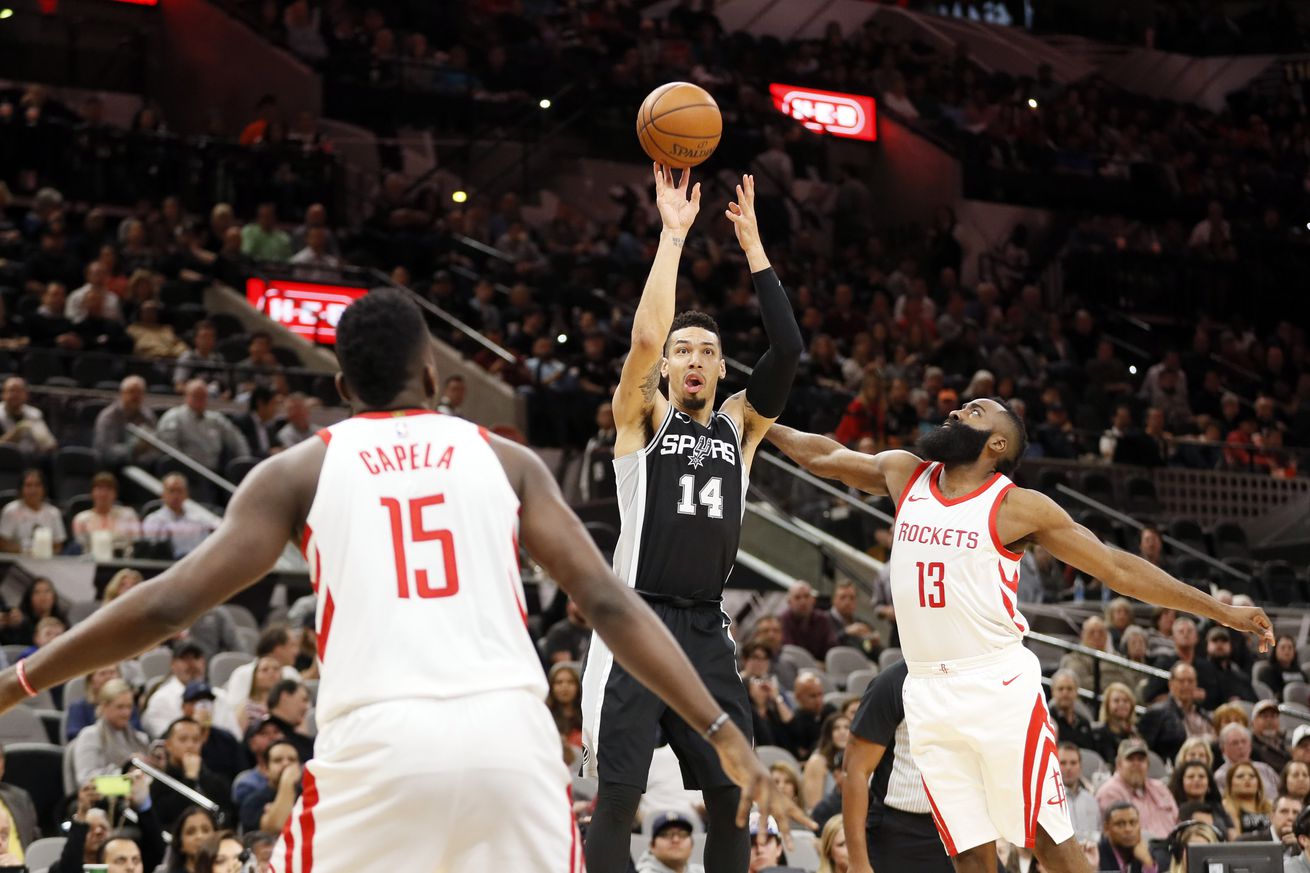 On a night when many Spurs struggled, Danny took over.

That was a weird game. Right? Or was it just me?

I felt like every time I looked out, the Spurs had gone small ball where Manu was the 4. Darrun Hilliard, Patty Mills, Bryn Forbes, Manu Ginobili, and Pau Gasol. That line-up will get you 30. and 11 of those were Forbes.

But no one was really hitting. Pop noted that the offense as a whole was “in the mud” during the first half. They climbed back but still struggled to clamp down on the Beard & Co.

The Rockets spent so much of the 1st half suffocating LaMarcus Aldridge. Overall, he was limited to 16 points. Not insulting, but not a threat to the fast-paced Houston Rockets.

The silver lining was supplied by Danny Green who has spent so much of his career being praised and vilified in tennis motion. So, I think it appropriate to take a moment and celebrate Green’s 22, and in a variety of ways. He was definitely on the move throughout the game and had to push the envelope to stay competitive. Danny, you are awesome and appreciated. Keep it up!

That’s my piece. You can now go back to discussing LeBron James’ H.E.B. debut and his Dominion homestead.