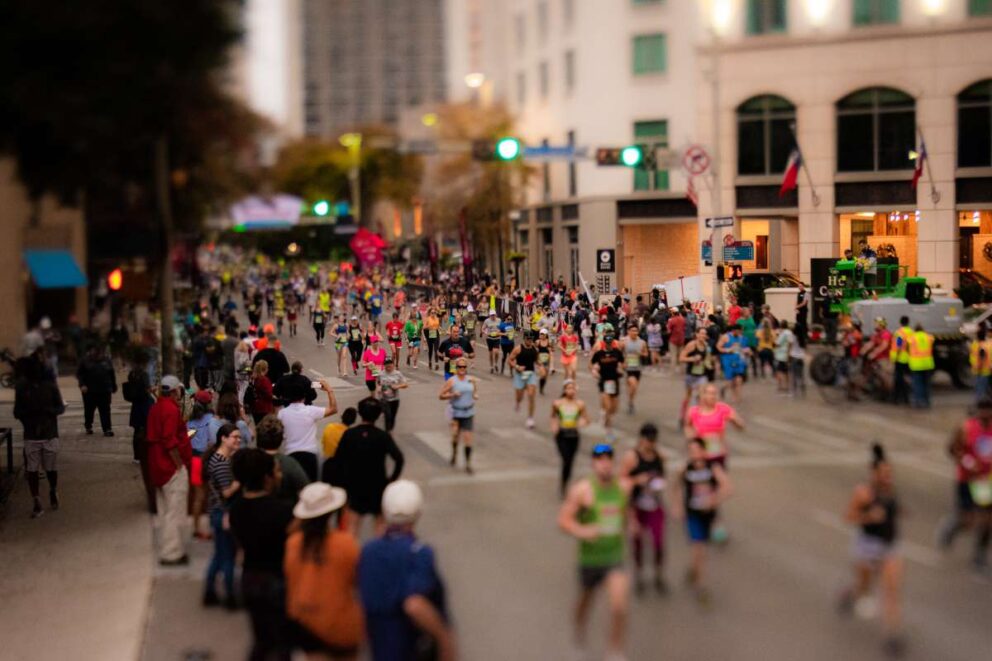 This past weekend, The Humana Rock n’ Roll Marathon (and half marathon, 10K and 5K) stampeded through San Antonio’s downtown area. The two-day event was a success for local runners, marking the first return since the start of the COVID-19 pandemic. The race to return to the road was not without controversy.

From around 2 a.m to 3 p.m. on both Saturday and Sunday, extensive road closures persisted throughout District 2.

The district’s Councilman Jalen McKee-Rodriguez issued a statement Monday evening, expressing frustration over the organizers lack of communication with local officials ahead of the disruptive event.

“As the Councilman for this District, I am deeply disappointed by the lack of communication from the organizers. Most of my constituents did not receive any information with regards to details about the race and for that reason, a lot of church, business and individual plans were put into disarray,” wrote McKee-Rodriguez.

More than 18,000 participants laced up their sneakers to participate. The full marathon, 26.1 miles, coursed through the Eastside branching off on Burnet after the 11-mile marker, and snaking its way through D2 through Grimes Street, Commerce Street, the Salado Creek Greenway, Amanda Street, Martin Luther King Drive, Iowa Street and Montana Street before rejoining the course at mile 25.

“Specifically, the lack of consideration for the impact the street closures have on the folks who reside in the district is repulsive. In the future, this kind of total disregard for my constituents will not be tolerated and this particular act warrants a public apology.”

Some of McKee-Rodriguez’s constituents expressed support for his statement on Twitter.

It was cool to see the runners come through the neighborhood,but it was super inconvenient – they put up signs the day before & this is I found out they were closing my street for the race- hopefully they can work with th district to find a good way forward- thx @CouncilmanJalen https://t.co/Dplvoz1FkF

Shout out to my Councilman for keeping it a buck https://t.co/PY4CA8SHk0

Humana’s Rock N’ Roll Marathon is a multi-city event, with races in New Orleans, Nashville and San Diego — amongst others. The enduring organization has been running since 1998.

Their website does link to an Excel document (linked above) detailing over 60 road closures in the highly trafficked area. However, it is unclear what communication efforts the organization did make with local officials and community members to make the disruption known. On December 5, MySA published a list of closures.

As of this writing, Rock ‘N’ Roll San Antonio has not yet responded to MySA’s request for comment.