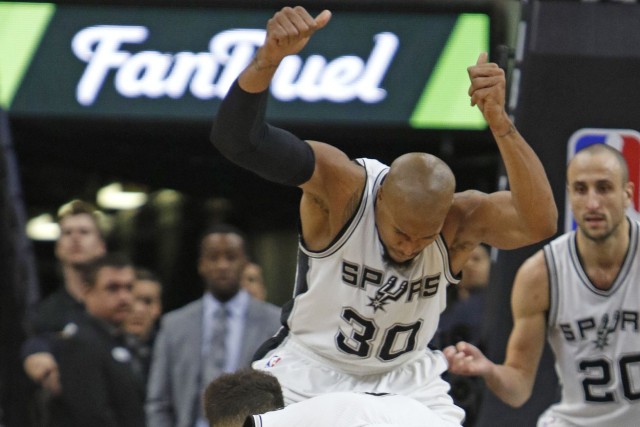 I know what you’re thinking. You won’t say it, not out loud, but after the Spurs rearranged the Mavericks‘ sock drawer Sunday night in a 112-83 blowout, you’re thinking it. “All these blowouts. It’s a bit repetitive. I know there was the Knick game and the Cavs game, but a few more competitive games every now and then wouldn’t be so bad. I mean, what is there to talk about after all these beatdowns? We can’t even point put that the Spurs won big despite the Legacy Big 3 scoring only 11 points, because that’s already happened this year. I don’t mind, but the fact that we’ve already broken the franchise record for double-digit wins in a season means a lot of these games are…no, I can’t. But, it is. It’s a little…boring.” And even if you don’t think that, I’ll say it. It is a little boring. For a fan like me who often doesn’t get the baby to bed or even get home from work in time to catch the start of the game, it’s a bit uninspiring to check in and see that the proceedings have already entered Boban Time. But I’ll take boring. Boring is fine, boring is good. Because the alternative is for things to be interesting, and interesting is a double-edged sword that gives a clean shave and then slices your nose off. Interesting is what happened last year? Remember last year, when we were losing back to back games in triple overtime, spending months trapped in the 7th seed and losing a different player to injury every night?…..Read More

Source: Discovering the identity of the Spurs’ new bench – Pounding The Rock