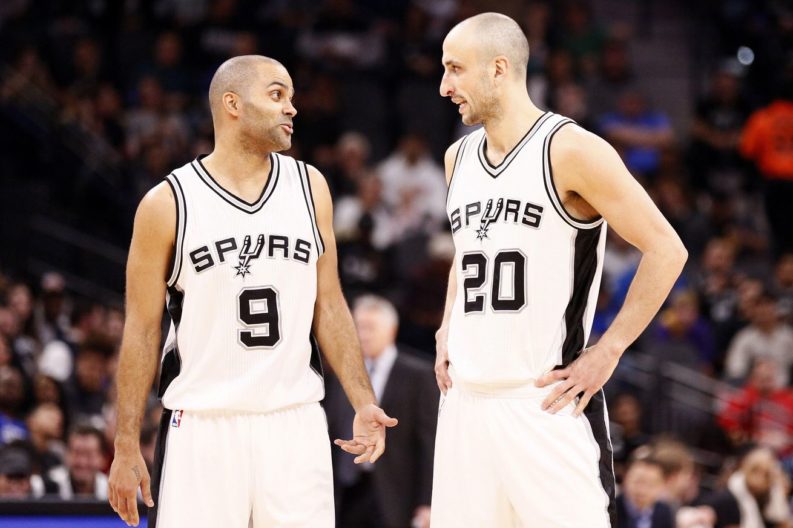 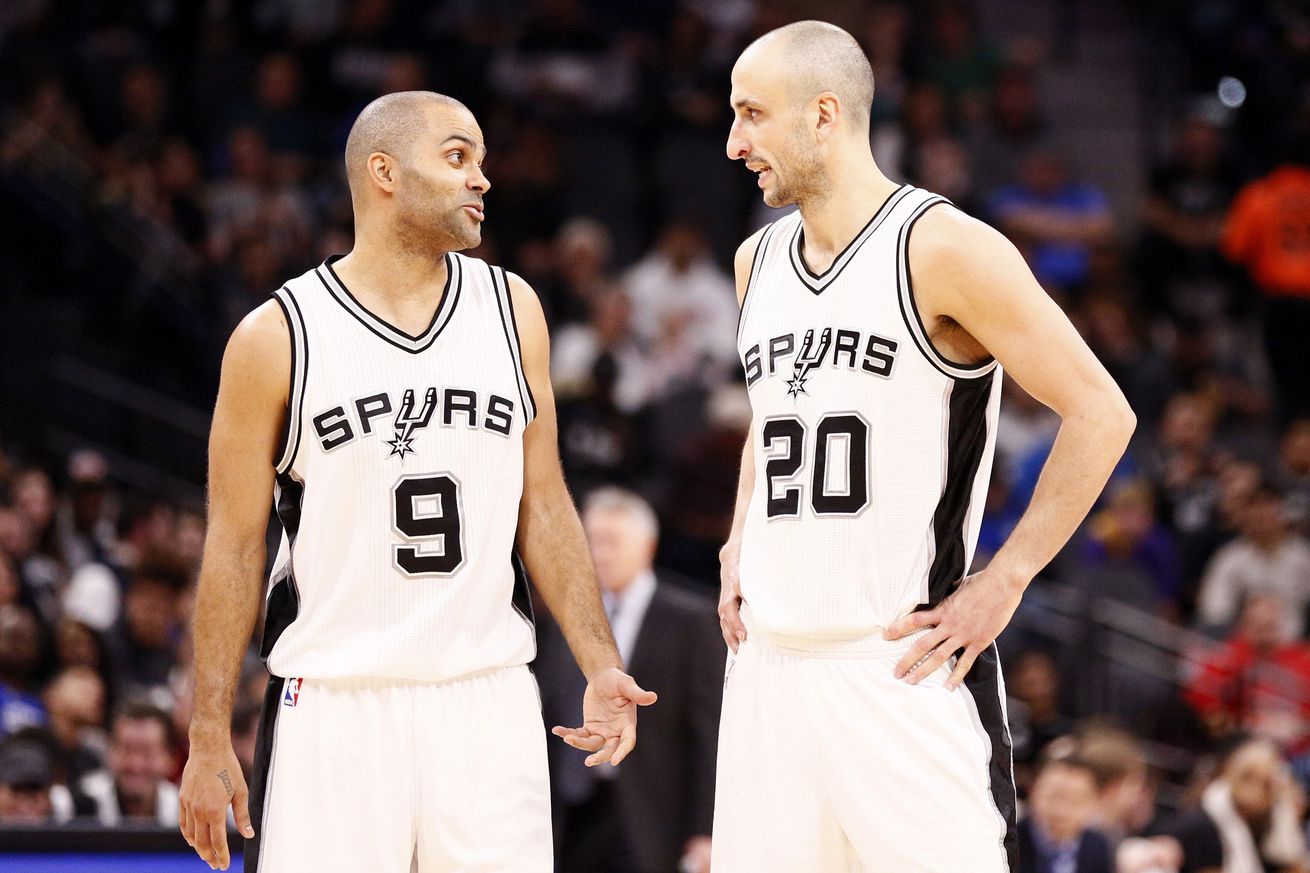 The Spurs have an interesting new duo replacing a HOF one.

The Ringer is running an NBA preseason series which ranks the best backcourt and front court duos in each conference for the 2018-2019 season. The rankings of the Western Conference backcourts caught my eye, for several reasons.

My first thought was: “Wow, the West has some great backcourts.”

One example is the ranking of the Trailblazers’ outstanding duo of Damian Lillard and CJ McCollum. Last season Lillard and McCollum combined for over 49 points per game (which is a lot) and led the Blazers to a third-place finish in the very tough Western Conference. Their ranking: fifth place, and that is just in the West. While you could make an argument that perhaps Lillard and McCollum should be fourth (instead of Ricky Rubio and Donovan Mitchell in Utah), I don’t think anyone would put the Blazers duo ahead of the top-ranked Death Star duo of Steph Curry/Klay Thompson, the Rockets’ second-ranked James Harden/Chris Paul, or the bronze medal Thunder’s Russell Westbrook/Paul George.

Of course, my next thought was where The Ringer ranked the Spurs’ new backcourt of Dejounte Murray and Demar DeRozan. Good news: sixth, right behind the Trailblazers’ guards. The discussion of the Spurs guards led with an interesting, and accurate, introductory sentence:

This backcourt should be one of the most interesting experiments in the NBA.

The Spurs “experiment” is interesting because (1) this will be DeRozan’s first season in the much tougher West, (2) neither player is an above-average three-point shooter, thus bucking a league-wide trend, and (3) Murray, an outstanding defender, needs to improve his offense, and DeRozan, an outstanding scorer, needs to improve his defense. The Spurs’ success as a team may largely depend on the improvement needed from their starting guards.

I don’t think anyone will argue with the Ringer’s top two ranked duos — Golden State and Houston. The interesting thing to consider about the Curry/Thompson duo is not whether they are accurately ranked as number one for this season (they are), but whether you agree with the article’s author that “the only competition left for the Splash Brothers is history. If Curry and Thompson aren’t the best backcourt already, they’re not far off.”

In thinking about the best backcourt duos ever, one naturally first starts thinking about all-time great guards. Michael Jordan, Magic Johnson, Kobe Bryant. . .none of them ever played with a fellow Hall-of-Famer in the backcourt. (I don’t count Kobe with Steve Nash or Gary Payton since both were well past their prime when they got to the Lakers.) Because of that, many of the all-time great duo surveys include pairs such as Isaiah Thomas/Joe Dumars, Walt Frazier/Earl Monroe, and John Stockton/Jeff Hornaceck near the top. Curry/Thompson is already better than those duos, and with two excellent players who are both in their primes, are likely better than the Magic/Byron Scott, MJ/Steve Kerr, Kobe/Derek Fisher combinations.

However, what Curry and Thompson don’t have (yet) is longevity, so to challenge Curry and Thompson for all-time best, all we need is to find a backcourt duo where both players are Hall of Fame worthy, who played together in their primes, and played together for a long time. Oh, and some NBA crowns will help. And just for the fun of it, let’s have one of the players from France, the other from Argentina. Any ideas?