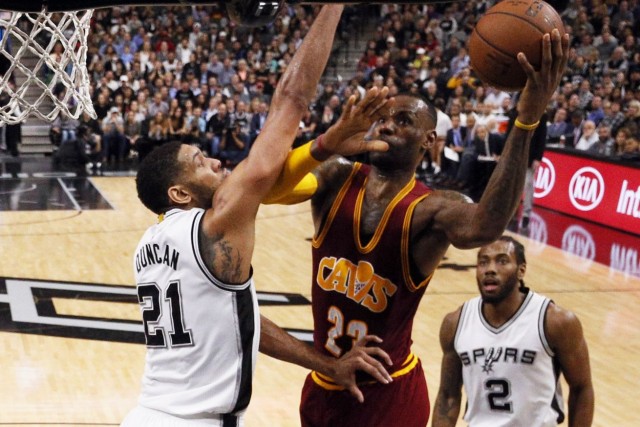 Eight and a half years (3,136 days) ago, Tim Duncan channeled his inner Mufasa (or, if you prefer, King of Swamp Castle) and uttered these now iconic words to LeBron: “This will be your league in a little while.” At the time a mega-talented, hyper-athlete with the world at his feet and just starting to hint at the finished product; the LeBron of 2007 was more akin to the Spurs Kawhi Leonard of 2016. And in story arcs and NBA timelines, LeBron should’ve passed the metaphorical torch about now and Duncan should be sitting with Bill Simmons for retrospective documentaries. But with Tim Duncan–AKA “Groundhog Day,” “Death and Texas,” “Old Man Riverwalk” or whatever word the White Walkers hiss to mean “Dad”– still inexplicably able to play around 30 super-efficient minutes a night in 2016, the torch is still in some state of flux…Read More

Source: Despite Tim Duncan’s prediction, the NBA is still up for grabs – Pounding The Rock