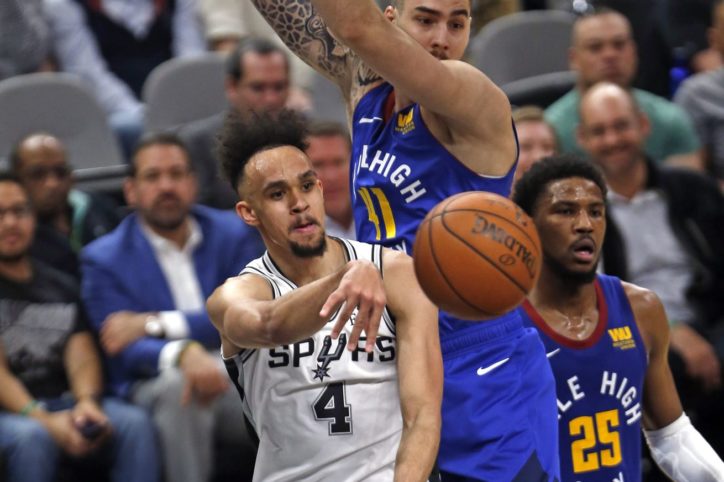 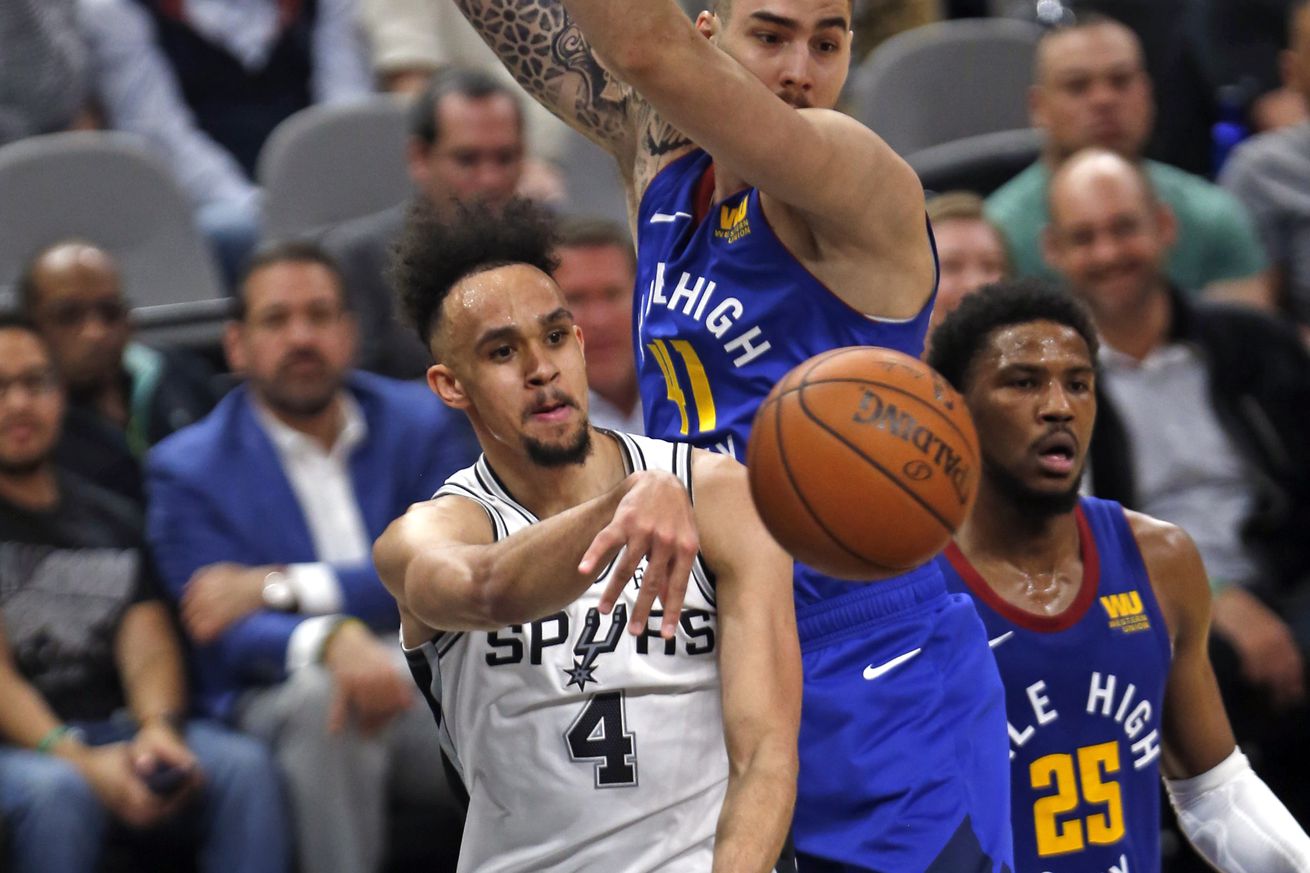 The ascension of San Antonio’s point guard shifts the foundation Spurs vs. Nuggets was assumed to rest on.

The Spurs have put the Nuggets in a difficult position. With an imperfect roster filled with players who have undeniable strengths and exploitable weaknesses, Denver’s defense has succeeded this year mostly because Coach Malone and his staff have fashioned a scheme that emphasizes those strengths and hides the weaknesses.

That’s essentially the goal of any coach, but rarely is it so obviously successful as it has been in Denver this year. The players, too, deserve a lot of credit for buying in and executing at a high level. Unfortunately, this series against the Spurs, as playoff series tend to do, has stripped away some of the shiny veneer the Nuggets were using to cover their limitations.

So far, it appears they simply can’t contain two dynamic ball handlers. For the first 2 games, tilting their defense towards DeMar DeRozan and LaMarcus Aldridge had generally worked. The Nuggets had a chance to win the 1st game and managed to pull out the 2nd thanks to some 4th quarter fireworks from Jamal Murray. Derrick White had outplayed Murray pretty handily, but there was a sense that the Nuggets may have found something that works in the devastating run they used to even up the series.

But in game 3, Derrick obliterated that notion. He wasn’t just better than Murray, he was the best player on the floor. He scored from everywhere and seemingly at will, even prompting a beautiful breakdown from Coach Nick.

More important than the points was that White forced Denver to adjust their defensive focus. His 26 first half points, on 11 of 15 shooting, put the Nuggets in a bind. Instead of letting him to continue to eviscerate their defense, they worked aggressively to keep him contained, something the Spurs were all too happy to exploit.

The dribble hand off between Jakob Poeltl and Bryn Forbes forces Nikola Jokic farther out than he would prefer to go, leaving Jakob open on the roll. Murray collapses down to force Jakob to pick the ball up before recovering back to Derrick, not knowing that the ball is going to get there first.

Jakob probably should have taken the layup or hit LaMarcus on the left side of the rim, but given that he could probably see the shimmering heat that Derrick’s body was radiating by this point, the kick out is acceptable.

Derrick catches and immediately attacks into the paint, forcing Gary Harris to drop to the nail to cut off penetration. He comes too far, though, especially given that he’s helping off Bryn Forbes. Seeing that Bryn now has a window on the right wing, Derrick elevates and makes the easy pass to a wide open knock down shooter.

A simple pick and pop between Derrick and LaMarcus compromised the entire Nuggets’ defense. Paul Millsap shows hard after the screen so Derrick throws it back to LaMarcus at the top of the key. Will Barton leaves DeMar in the corner to contest LaMarcus’ catch and shoot jumper, so LaMarcus swings it one more time. Millsap should drop down to stop penetration but he’s late and Jokic chooses to just swipe at the ball on the way by instead of risking a poster. In their desire to cool off White, Denver essentially doubled off DeRozan, leaving him alone in the corner with no one in his zip code.

Say what you will about whether DeMar is good enough to be the best player on a contender, but he is far too good to be treated like a 3rd option. With 3 different players on the floor basically demanding a double team, the Spurs scored 55 points on their 41 second half possessions before inserting the bench for mop up duty. That’s 134.1 points per 100 possessions, a ridiculous number.

Derrick may have only scored 10 of those points, but he was responsible for almost all of them. Time and again the Nuggets’ defenders came a step too far in his direction, or stayed with him a beat too long when they needed to help elsewhere.

It’s unlikely that Derrick will continue to play at this level as the series progresses. The Nuggets will probably try to turn him into a jump shooter, even conceding lightly contested threes rather than let him get a run into the paint.

But the fact that they’re actually scheming for him is what will have ripple effects all over their defense. The question now is how well Derrick and the rest of the team will be able to make the Nuggets pay for the concessions they will have to make now that White appears to be too good for single coverage.