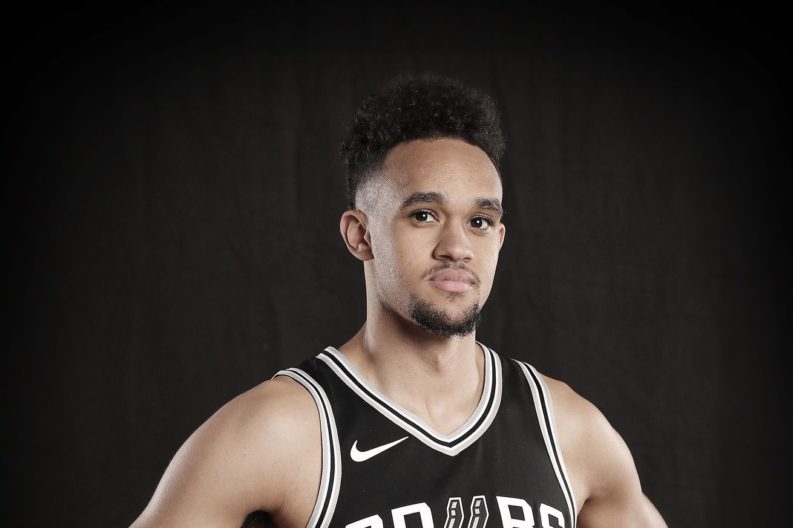 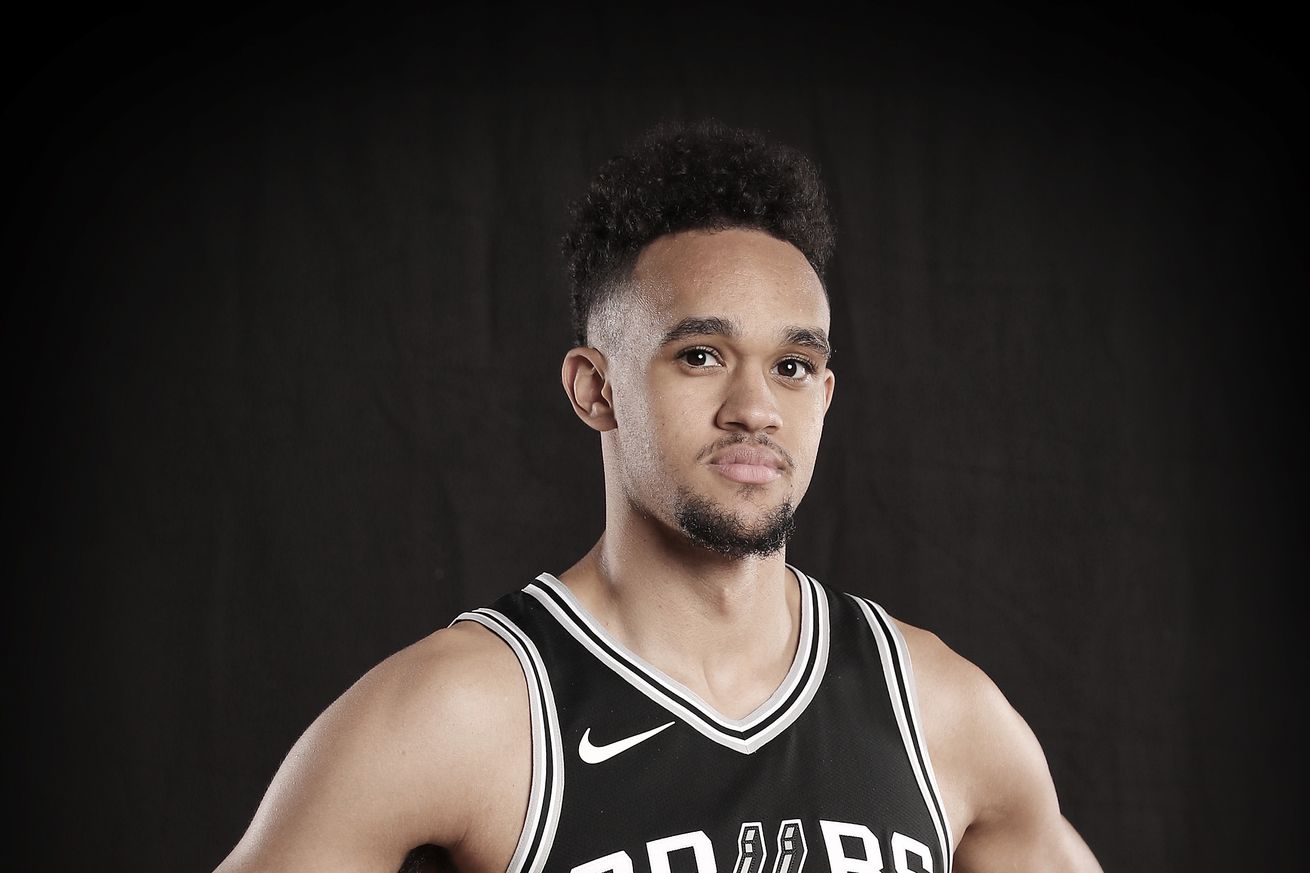 Fans were already counting on seeing more of White in his second pro season. A preseason injury to Dejounte Murray means the Spurs will be counting on him.

Even before a pair of devastating injuries struck the Spurs’ backcourt, Derrick White was expected to step into an expanded role in his second NBA season. A strong 2017-18 spent almost exclusively in Austin carried over into an impressive summer in which he was routinely the best player on the floor, making a compelling case for him to crack the 2018-19 rotation. The question was, what kind of opportunity would the versatile but unproven guard get?

Now with Murray out indefinitely with an ACL tear, the question may have been answered for us. The Spurs are suddenly short one starting point guard, a problem for a team short on options at that position. If they prefer to keep Mills in his more familiar role as a super sub, it could be White making the rare jump from G-League staple to opening-night starting point guard:

Patty Mills on if Derrick White is ready to start at PG: “He’s got to be ready. He has come a long way. He had a great summer and preseason…He has that tough, fearless attitude with the ball. And obviously his length on defense can be great for us.” #Spurs

Save for some run in an all-but-lost playoff matchup versus Golden State, the average Spurs fan won’t have seen much of Derrick White playing with the varsity team thus far. He totaled just 139 regular-season minutes in San Antonio, biding his time and following along with the development track the team set out for him.

“They got a plan for everybody,” the 6’5” guard said after the preseason opener in which he scored 12 points on 5-of-9 shooting. “Once you come in, you go into that plan. Everybody has that plan and works hard to get you to your goal. They break (your game) down, tell you what you’re gonna work on, and focus on little things at a time and then turn to big things.”

You often hear PATFO use the term “the program” when speaking of how the organization works young players into the fold, and White could be their latest exemplary case study. Drafted at the age of 23, he came in with just one year of Division 1 experience, having played his first three years at the University of Colorado-Colorado Springs. The skillset was there, but he’s certainly benefited from getting a feel for the NBA pace and the Spurs system.

White’s fit in the starting lineup works, at least in theory. He’s a high-IQ player who can do a bit of everything on the floor and who’s willing to do whatever is asked, possessing a game that’s as amenable as his personality. “LA and DeMar obviously get most of the shots, and deservedly so,” said White. “(I just need to) be aggressive when I get the chance.”

While it’s unclear if he does any one thing at an elite level, an offensive game with few holes would certainly facilitate a move to the starting five, and could (theoretically) elevate the lineup’s offensive ceiling compared to one with Murray at the one. White’s shown to be a sound decision-maker in the pick and roll, can attack mismatches off the dribble, and is extremely fluid catching and shooting when coming off screens, meaning he can bring the ball up the floor, and immediately become an off-ball threat in the same way Tony Parker was for a thousand years. The Spurs’ motion-heavy system lessens the burden on a point guard, as does the presence of two go-to scorers in LaMarcus Aldridge and DeMar DeRozan. Yet, confidence and system familiarity are still imperative for a guy poised to play heavy minutes at the position that initiates offensive sets, and they should bode well for him settling into an expanded role. Again: in theory.

The Spurs won’t put this all on White, either. They’ll probably lean more on Mills and Bryn Forbes than they were planning, and they may consider adding another PG to the roster as they finish up the preseason. Still, Murray was expected to play 25-30 minutes this season exclusively at the point-guard position — a huge chunk of those minutes should slide White’s way.

White was already receiving praise from his coach and teammates before the results of Murray’s MRI.

“He was gonna be a factor no matter what, said Aldridge on Sunday. “Even with DJ, he was gonna be big . . . If DJ is hurt, he’s gonna be even bigger. He’s worked hard, he’s had some good experiences over the summer. Hopefully that carries over for us.”

“He’s a really steady player,” said Pop following the win against the Heat. “He’s a good shooter, he makes good decisions, he’s a good passer, and he’s got that pretty even-keeled demeanor.”

A vote of confidence helps, but White knows it’ll only get you so far.

“It’s nice,” he said when told about Pop’s words. “I’ve gotta go out there and prove him right.”