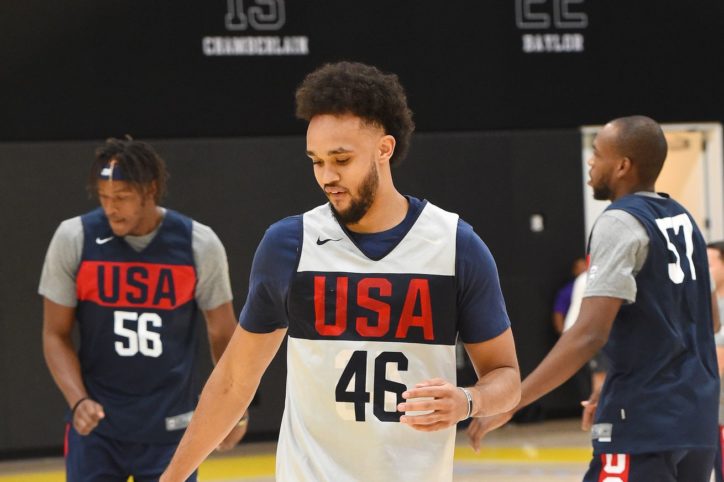 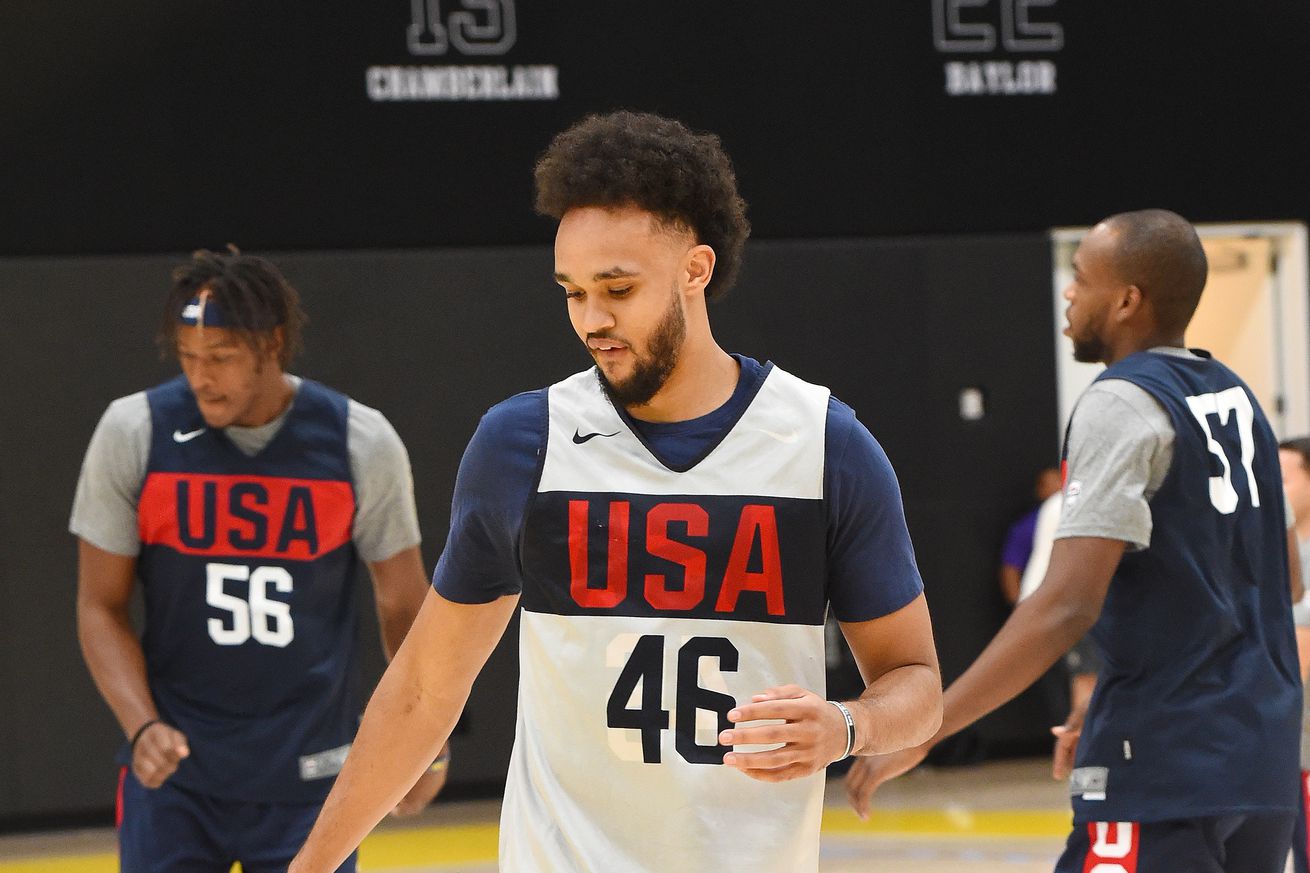 With more dropouts, the Spurs guard should not only make the team, but receive playing time as well.

Team USA is down to 13 players to choose from to make their 12-man roster for the FIBA World Cup in China. That includes the Spurs’ own Derrick White, who has risen from camp invitee, to Select Team member, to being named to the senior roster with a chance to make the final cut.

That chance seems better than ever with P.J. Tucker dropping out due to an ankle injury and De’Aaron Fox surprisingly withdrawing after experiencing a similar rapid rise up the ranks as White. He reportedly played a team low 6 minutes in Friday’s exhibition win over Spain and may have been unhappy about being — coached? As ESPN reported:

During USA Basketball’s 97-78 exhibition win over the select team on Aug. 6, Fox scored 12 points and had three rebounds, three assists, three steals and two blocks in 15 minutes. He also made 6 of 9 shots, but Fox said Team USA head coach Gregg Popovich got on him for passing up shots.

Whatever Fox’ reasons for withdrawing (he’s calling it “preparing for the NBA season”), it’s good news for White, whose main competition at this point is an injured Marcus Smart. He has yet to participate due to a calf injury, although he remains confident he’ll be ready to go by the time the World Cup starts and has no plans of withdrawing himself.

Beyond White and Smart, the only other true point guard on the team is Kemba Walker, so not only does White appear primed to make Team USA, but he could receive plenty of playing time as well following his impressive run throughout training camp.

Pop has until August 30 to make a final decision on the roster. The tournament will take place from August 31 through September 15, and Team USA will play the group stage in Shanghai against Turkey, Japan, and the Czech Republic.