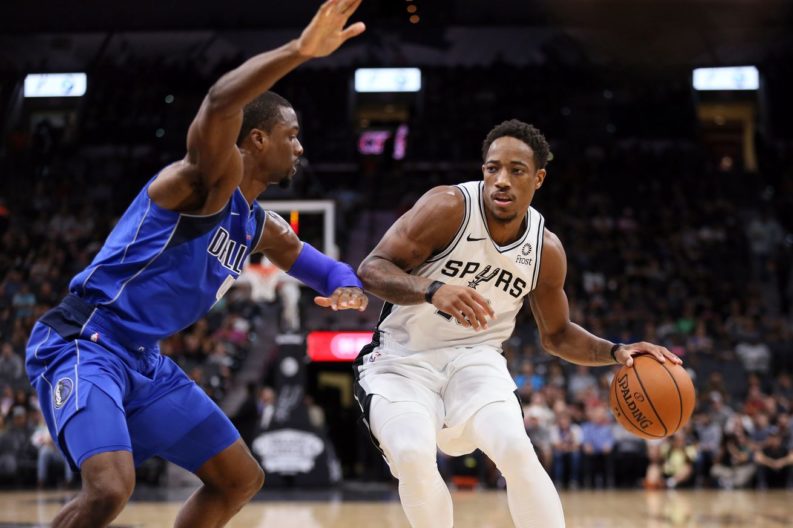 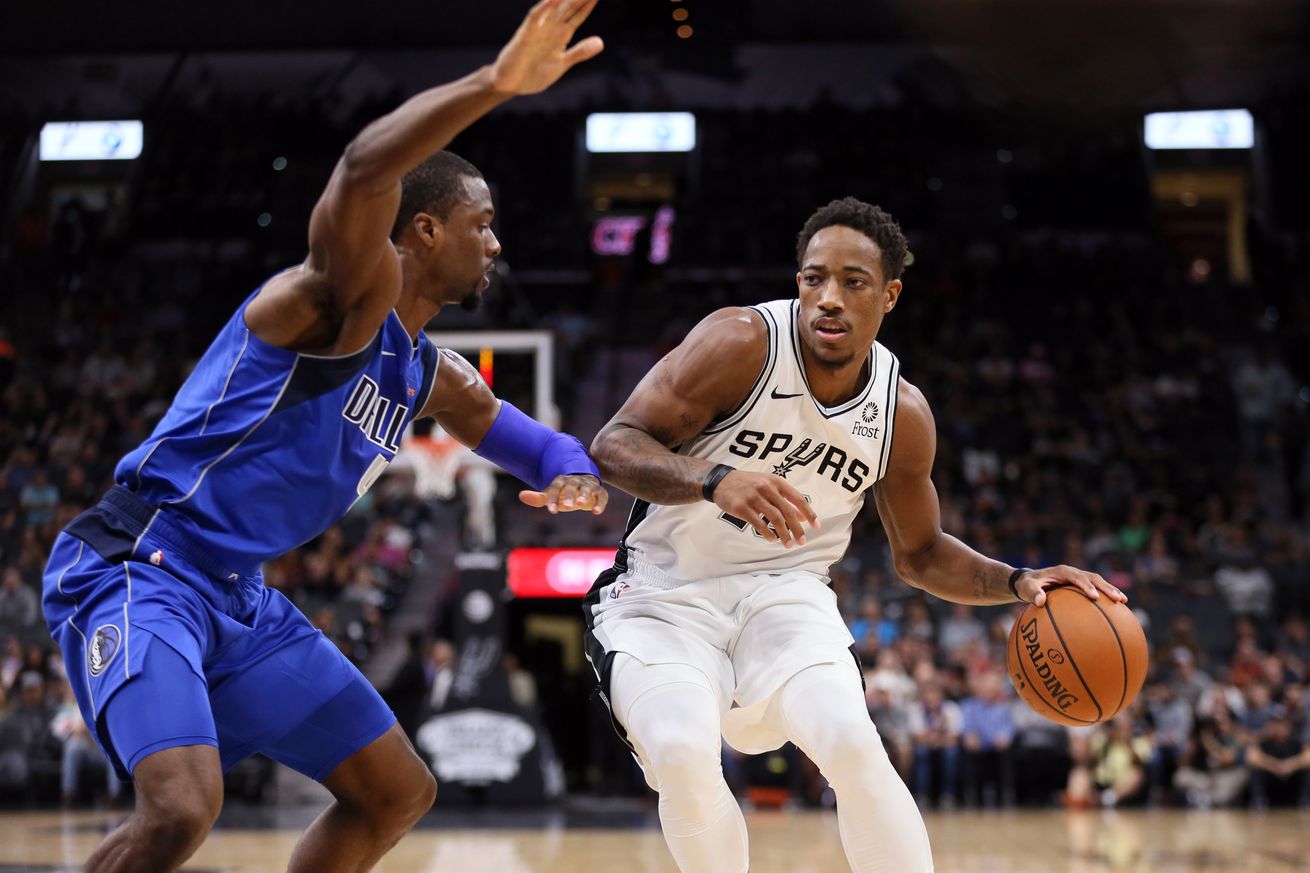 The Spurs held on in extra time against Dallas, 113-108, thanks to another big night from their All-Star guard.

Gregg Popovich spent a minute before Monday’s game lamenting the three-point line, then its first 24 pretending it didn’t exist.

“I hate threes; I don’t like ‘em,” he said in a vaguely familiar riff. “It’s not real basketball. Why don’t we have a four-point shot? Let’s have a five-point shot and make it real fun for the fans.”

Pop’s view could be construed as heresy in the modern NBA, and yet it aptly contextualizes a Spurs team built around a troika of blasphemers. On the same night the Warriors made more three-point history, the Spurs attempted just three in the entire first half. Instead they built a 53-45 halftime lead the old-fashioned way — through a heavy dose of back-cuts, isolation post-ups, elbow curls, and contested 18-footers, the gentleman’s three-pointer. The third quarter saw them space the floor a bit more, but the game ultimately came down to the in-between work of DeMar DeRozan (34 points, 9 assists, 6 rebounds), LaMarcus Aldridge (20 points, 6 rebounds, 4 assists) and Rudy Gay (15 points, 11 rebounds, 6 steals), and their deft hand at the free-throw line (20 of 21).

I asked Mavericks coach Rick Carlisle about the Spurs’ affinity for the mid-range, and if they presented a distinctly unique challenge to teams that are conditioned to encourage precisely those kinds of shots on the floor. His thoughts, understandably, gravitated back towards DeRozan’s game:

“DeRozan’s been — I would have to think, in the annals of modern history — he’s one of the best two-point players there’s been, with his ability to elevate and knock down everything from 19 feet in. He’s a machine… He’s a great player. He’s an All-Star, top-caliber guy, and has made a nice adjustment here in San Antonio.”

The praise is nice to hear, if only because pure analytics heads will so often knock DeRozan for building a fire with flint, steel and tinder rather than a lighter and overlook the fact that the man is still out there cooking. And he lit his opponents up again on Monday — elegantly, patiently seeking out his spot on the right elbow, setting up teammates for quality looks, and getting to the free-throw line. He scored or assisted on the team’s last six points of regulation and dropped another six straight in overtime that helped keep the game just out of Dallas’ reach.

“He loves those moments,” said Pop. “He’s not afraid of failure. Michael didn’t make every shot at the end of the game, but there are very few people that want to be in that position all the time, and he’s one of those people who loves it. It’s good to have that.”

DeRozan had the chance to forego overtime with a buzzer beater that rimmed out. Here’s what he had to say about having another crack at seizing the W:

“When I missed (that shot), I told (Patty) I wasn’t gonna miss the next one. So when I got that last shot, I knew I was gonna take my time, get to my spot, and knock down the shot.”

DeRozan making the most of a second opportunity could be the theme of this young San Antonio season. The former Raptor is currently in the top 6 in the NBA in both scoring and assists, holding his own defensively, and still sees plenty of ways that he and the team can get better.

“There’s still a ton of stuff we’re still putting together. As soon as that starts clicking, we start doing a lot of things consistently, we definitely got a great chance to be a good team.”

Free throws made all the difference

The Spurs missed just one of their 21 attempts, including a pair of clutch ones by DeRozan to wrest the lead from the Mavs near the end of regulation. In contrast, Dallas missed five of its 17. Dennis Smith Jr. could’ve put his team up 103-102 with 2.5 seconds to go, instead going one for two and allowing the game to go to overtime.

A fourth starting lineup in six games for the Spurs

Pop gave Dante Cunningham his third start of the season, inserting him alongside Rudy Gay to match up with the Mavs’ smaller lineup. In 35 minutes together, that group’s posted a net rating of +1.3. It’s not exactly the Death Lineup, but considering the team overall has a -3.5 net rating, it’s also not bad.

Did anyone have Belinelli as their pick to have the best net rating (+2.0) of any rotation player early in the season? Sure, that number benefits greatly from a +21 plus-minus against Dallas, but the fact remains that the Italian has been impactful, even when the ball’s not in his hands.

Bryn Forbes has the green light

Thrust into the starting lineup, Bryn Forbes has not hesitated to shoot the ball in these first six games. He attempted another four threes on Monday and made two, finishing with 12 points. He has scored in double digits in all six games this season.

When asked about Forbes before the game, here’s what Pop had to say:

“He has a green light for sure. He’s come a long way. I’m really happy for him, he’s carving out a career.”

Not a Spurs note, but the Mavs rookie certainly showed out in San Antonio, putting up 31 points on just 18 field goal attempts, and chipping in 8 rebounds and 4 assists. He showed a crafty floater game, stepped back comfortably into threes, and used his size to make the kind of passes that smaller playmakers simply can’t. Between him and Dennis Smith Jr. (22 points, 4 assists), the Mavs should be fun for a while.

The defense gets a bump towards mediocrity

According to NBA.com, the Spurs’ defensive rating improved from 30th to 26th with Monday night’s win. The Mavs aren’t great, but there were moments in which San Antonio’s rotations and communication indeed looked better.