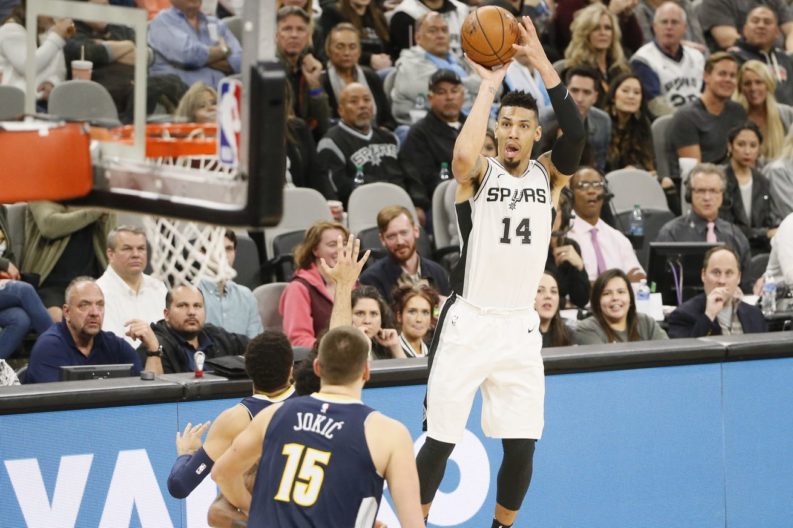 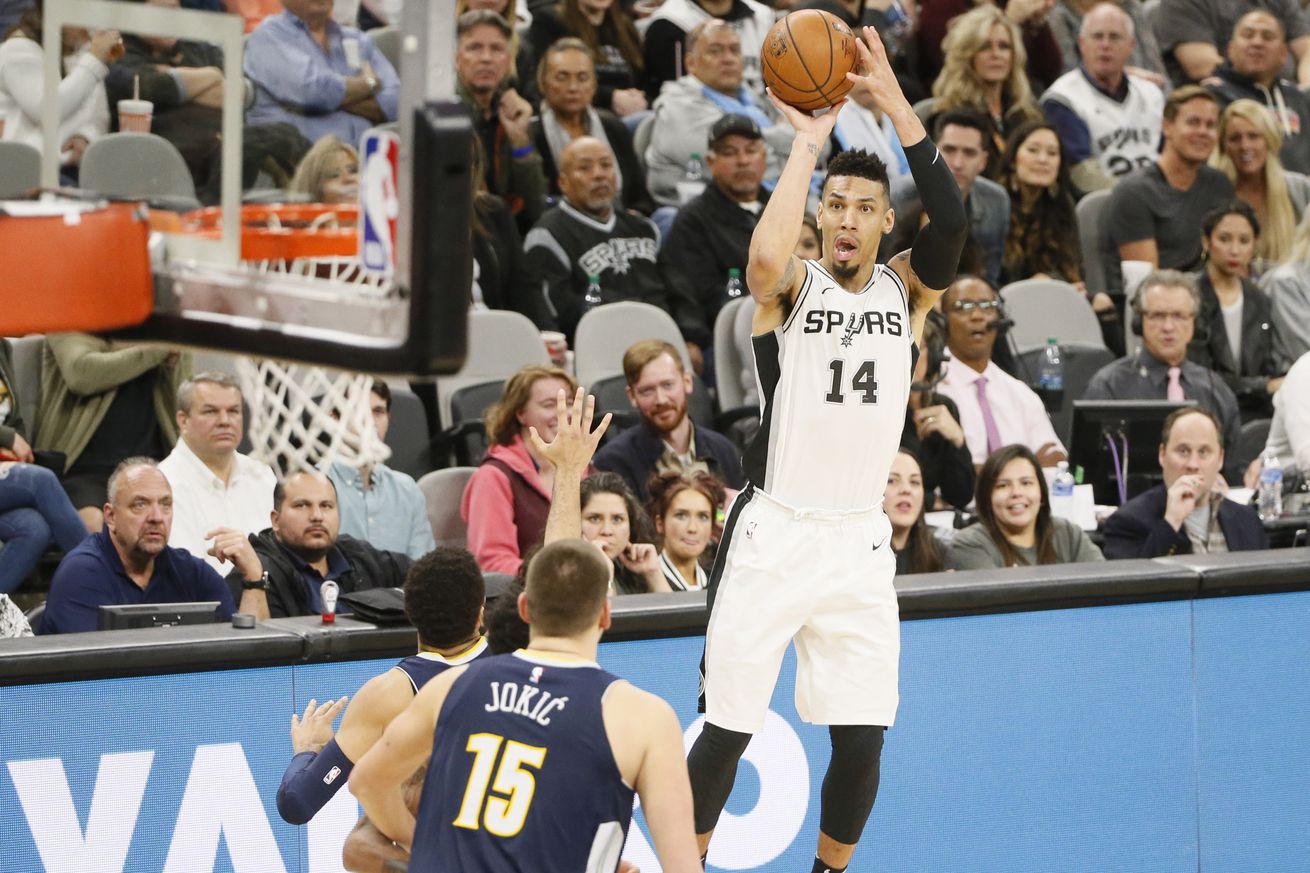 LaMarcus Aldridge, Kyle Anderson and Manu Ginobili shine as the Spurs win a close one

This was a close game throughout, but the Spurs were able to pull out the win tonight as LaMarcus Aldridge and Kyle Anderson took over for the Spurs on the offensive end and Manu Ginobili provided the spark that the Silver and Black needed to pull out a win against the tough Denver Nuggets.

LaMarcus Aldridge started off the scoring with a smooth turnaround jumper, while the Nuggets started out hot from beyond the arc to build an early lead that ballooned up to 5 points on multiple occasions. Pau Gasol regained the lead for the Silver and Black with a pair of three-point shots as the Spur led 18-17 after 5 minutes. The Nuggets went on a mini-run, but the Spurs bench, led by Manu Ginobili regained the lead for San Antonio. The Nuggets fought back late and the score was tied at 30 at the end of one quarter with the key play being a slick behind the back assist under the basket by Nikola Jokic.

Not to be outdone by Jokic, Manu thrilled the crowd with a behind the back to Davis Bertans for an open jumper and a basket. Both teams were burning up the nets with their hot shooting, but the Nuggets were hotter as they led 44-39 a third of the way into the quarter. The Spurs intensity and hustle picked up as they regained the lead with Danny Green getting to loose balls and LaMarcus putting them in the basket. Turnovers kept the Spurs from running away with it, but they led 60-55 at the half.

LaMarcus started off the scoring in the second half with yet another jumper, but the Spurs turned it over to give Will Barton and Jamal Murray fast break opportunities. A 9-0 run from the Nuggets tied up the game at 68 each. A technical foul on Aldridge gave the Nuggets a lead halfway through the third. Denver built a 7 point lead before a Davis Bertans triple and another from Manu brought the Spurs right back into the game. Manu made a heroic block on Trey Lyle to keep Denver from expanding the lead but the Nuggets led 81-80 at the end of the third quarter.

Manu continued to dominate as the fourth quarter began, getting to every loose ball, and a few that weren’t as he got extra possessions for the Spurs. The two teams traded baskets and the lead for the first 4 minutes until a Trey Lyles dunk gave the Nuggets a three point lead. A quick answer (OK, not that quick) from Kyle Anderson gave the Spurs a one point lead. But a poor entry pass to LaMarcus Aldridge gave the ball back to the Nuggets and they regained the lead again. Kyle Anderson once again brought the Spurs back with an assist this time, and they 98-95 with 4 minutes left. Three point shots from Manu and Patty Mills countered inside baskets from the Torrey Craig and Jokic as the Spurs led 104-99 with a minute left. A pair of Will Barton free throws cut the lead to 3, but a Manu push shot from the wing put the Spurs back up by 5. Jamal Murray used a Jokic screen to drain a three-pointer to cut the Spurs lead to 2 with 31 seconds left. The Spurs ran down the clock on their possession and Will Barton had a good look to win the game for the Nuggets at the buzzer, but it rimmed out and the Spurs win 106-104.

In memory of Ingvar Kamprad, who passed away this week.

The Spurs continue their home stand on Thursday night at 7:00 pm against the Rockets in a nationally televised game on TNT. This is going to be a tough contest in the penultimate game before the annual Rodeo Road Trip.