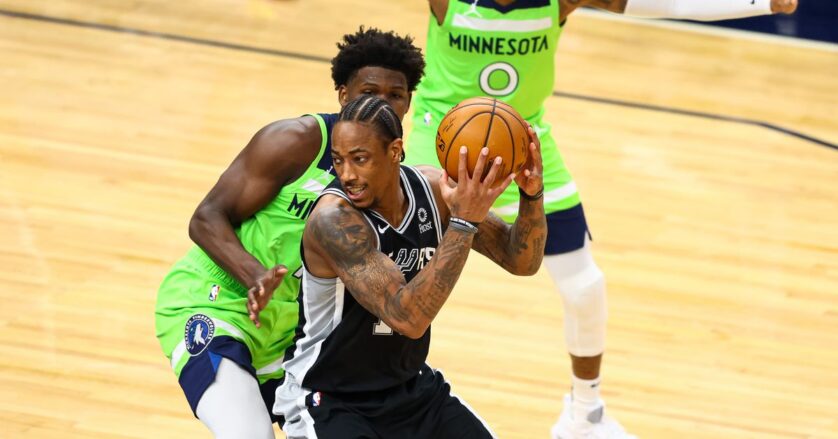 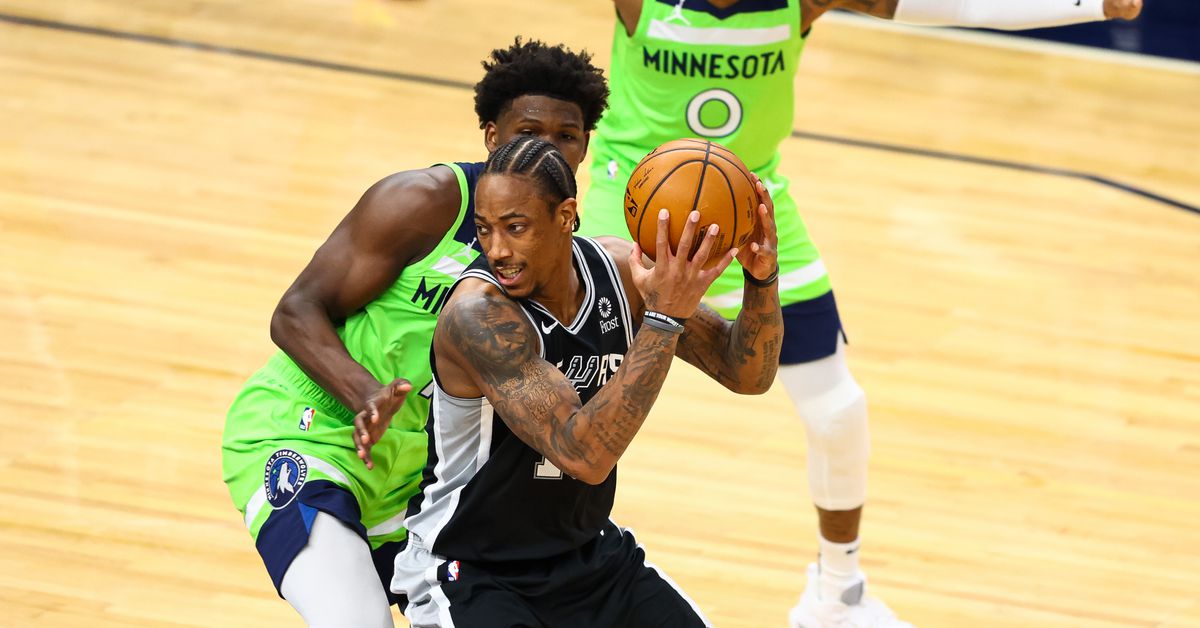 In a frenetic back-and-forth contest, the Spurs came out on top behind a strong performance from their leading scorer, DeMar DeRozan. For the night, DeRozan tallied 38 points (while shooting 12 for 13 from the charity stripe) Dejounte Murray added 22 while grabbing 14 rebounds, and Patty Mills continued his hot streak from downtown, scoring 21 including 5 for 8 on three pointers.

Here’s everything DeRozan did last night:

And by everything number 10 did last night, I mean he did everything. Here, DeRozan threw everything but the kitchen sink at the Timberwolves including a behind-the-back dribble, an opposite side of the glass circus shot, and an and-one:

Jakob Poeltl started this sequence with a block, Murray pushed the ball down the court, and DeRozan stopped! Hammer time:

Keldon Johnson skyed for a board and looked like while he was in midair that he would slam the rim into the depths of Minnesota but instead landed on earth and coolly made a put-back:

It’s two games in a row now that Johnson has found LaMarcus Aldridge down low for an easy basket:

And finally, the full game highlights:

Next up, the Spurs probably don’t even need turn-down service because they’re staying in town to take on the Timberwolves again Sunday, January 10, 2021.