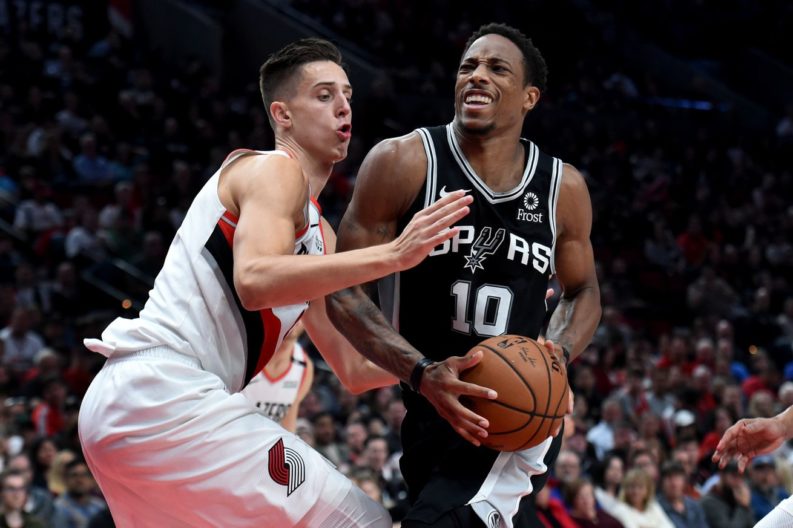 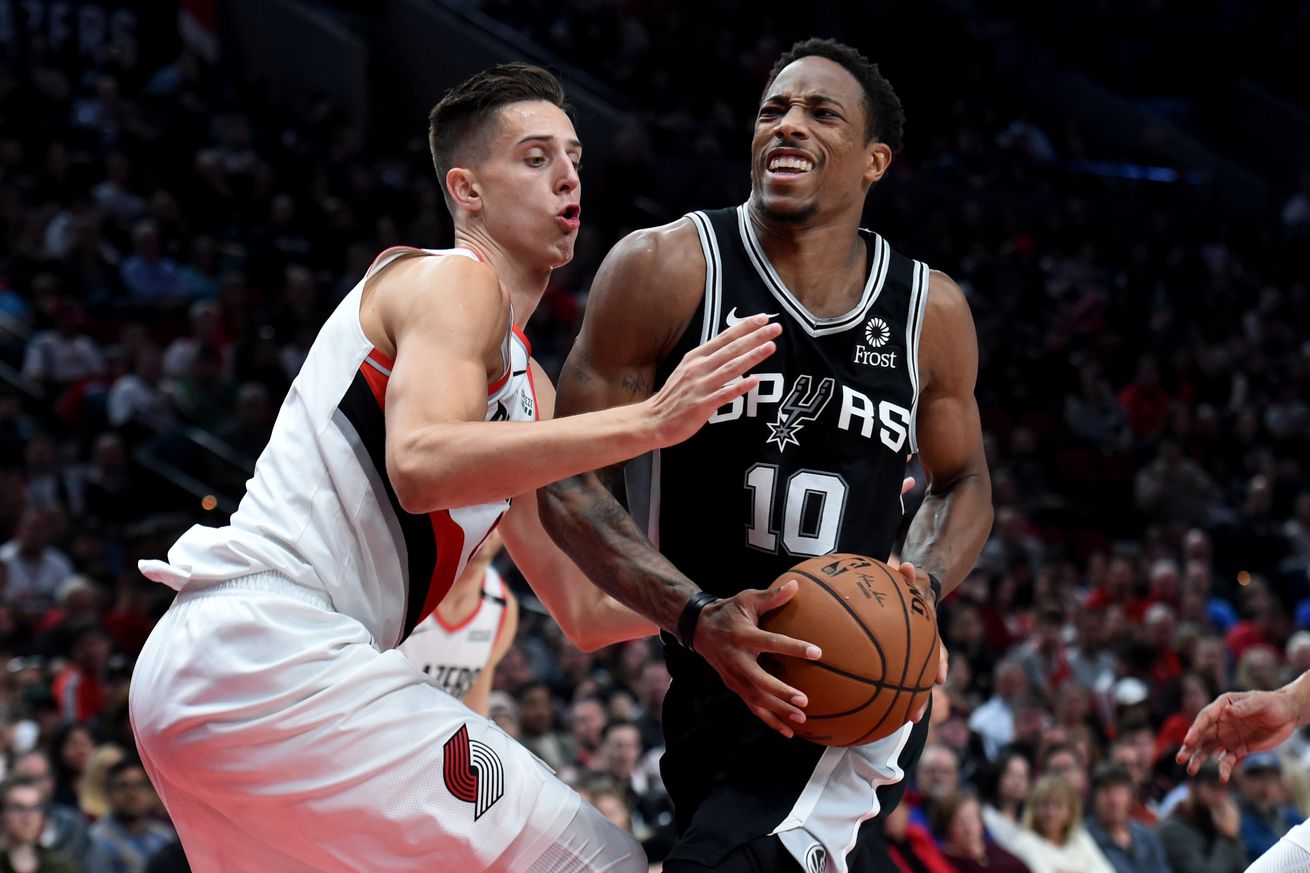 So far, the Spurs are getting what they asked for and more from DeRozan.

The Spurs didn’t get the win on Saturday night against the Portland Trail Blazers, but it wasn’t for a lack of effort on DeMar DeRozan’s part, who posted 28 points and 9 assists.

It’s hard to confirm for sure, but that has to be one the best performances by a Spurs guard in terms of high-but-efficient scoring while also distributing the ball so well since Tony Parker posted a 25-point, 10-assist double-double in Game 5 vs. the Warriors in the 2013 playoffs.

Also, Combined with 28 more points in their season-opening win against the Timberwolves, DeRozan now holds the record for the most points in his first two games as a Spur in franchise history with 56, surpassing the previous record of 51 by set Larry Kenon in 1967, per Jordan Howenstine.

DeMar DeRozan now has the most points of any player in his first two games with the Spurs in franchise history.

(Note: If you don’t already follow Jordan on Twitter, you should. He is the ultimate Spurs stats guru.)

It’s going to take a little time for this team to gel, especially with all the injuries, but this is exactly the DeMar DeRozan the Spurs had hoped for when they pulled the plug and acquired him in a trade for the player they once dubbed as the “face of the franchise”. If he keeps performing this well as the rest of the roster catches up, the Spurs will be better off than many may believe.