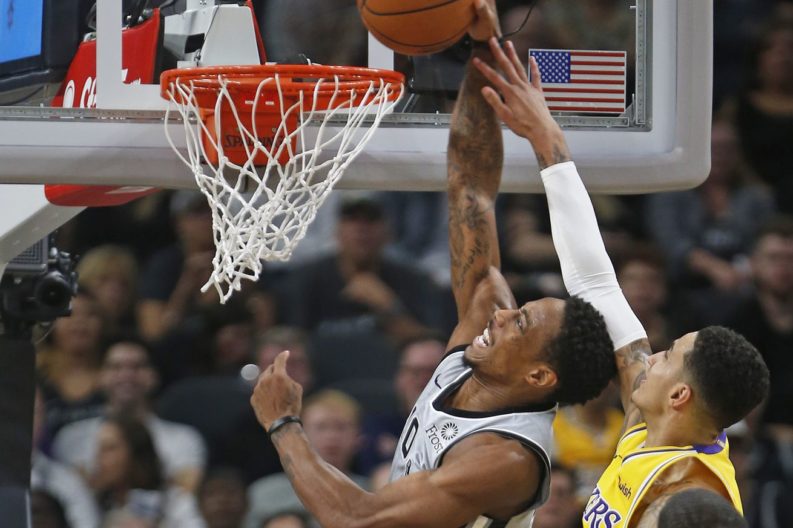 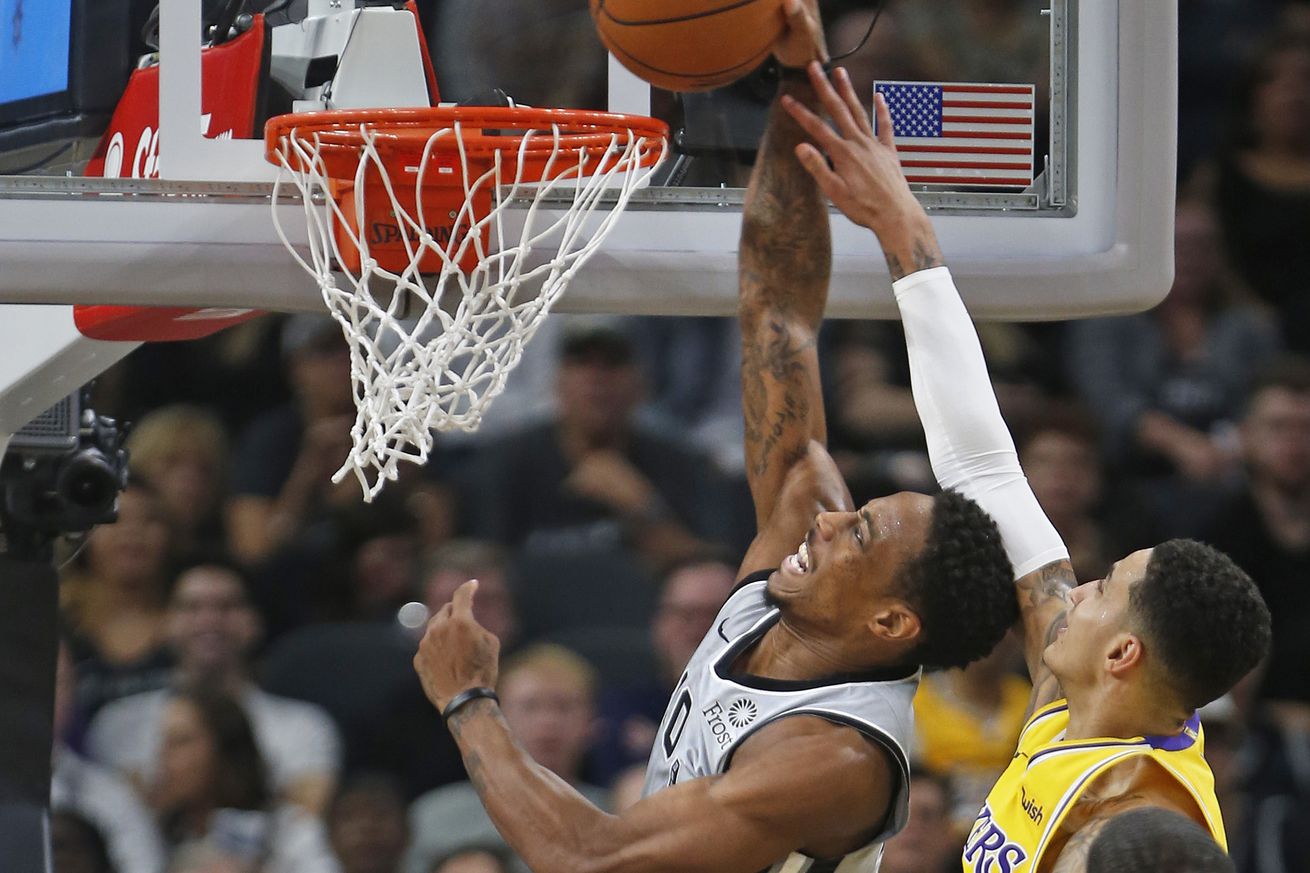 No Spur has scored more in his first give games than DeMar.

Based on the standards he has set for himself in the first five games of the 2018-19 season, DeMar DeRozan may have had an “off” night in the Spurs’ mid-week loss to the Pacers, but he was back to his old tricks on Saturday with LeBron James and the Lakers in town for their second meeting of the season.

After putting up some gaudy numbers in their overtime barn-burner last Monday, he once again posted a double-double against his old Eastern Conference foe with an impressive final stat line of 30 points, 12 rebounds, 8 assists and 2 steals. With those 30 points, DeRozan continued his historical start by surpassing David Robinson by a pretty wide margin for most points in his first five games as a Spur:

Here are some highlights from his performance last night.

DeRozan’s ability to create his own shot is something that was sorely missed last season, and while the Spurs haven’t been able to lean on their defense to get them though games like last season, they have certainly been able to keep up better on offense. Gregg Popovich will continue to tinker with the line-ups as he searches for the right balance on both ends, but in the meantime DeRozan is keeping them alive early in the season.