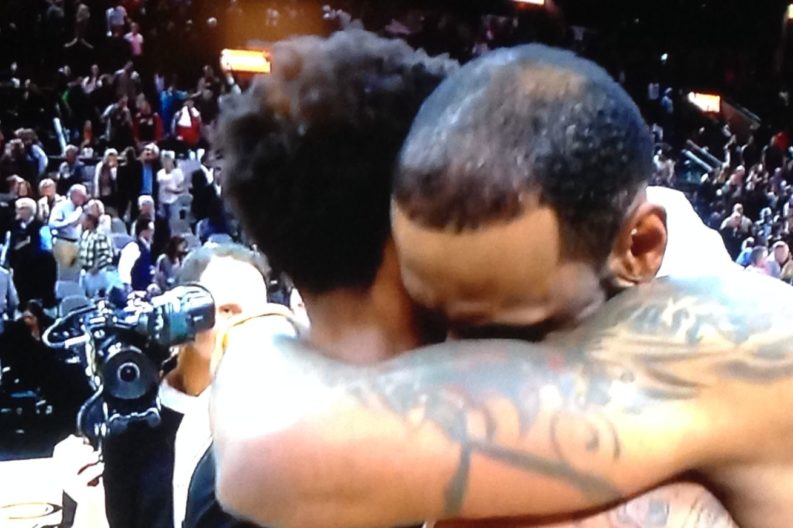 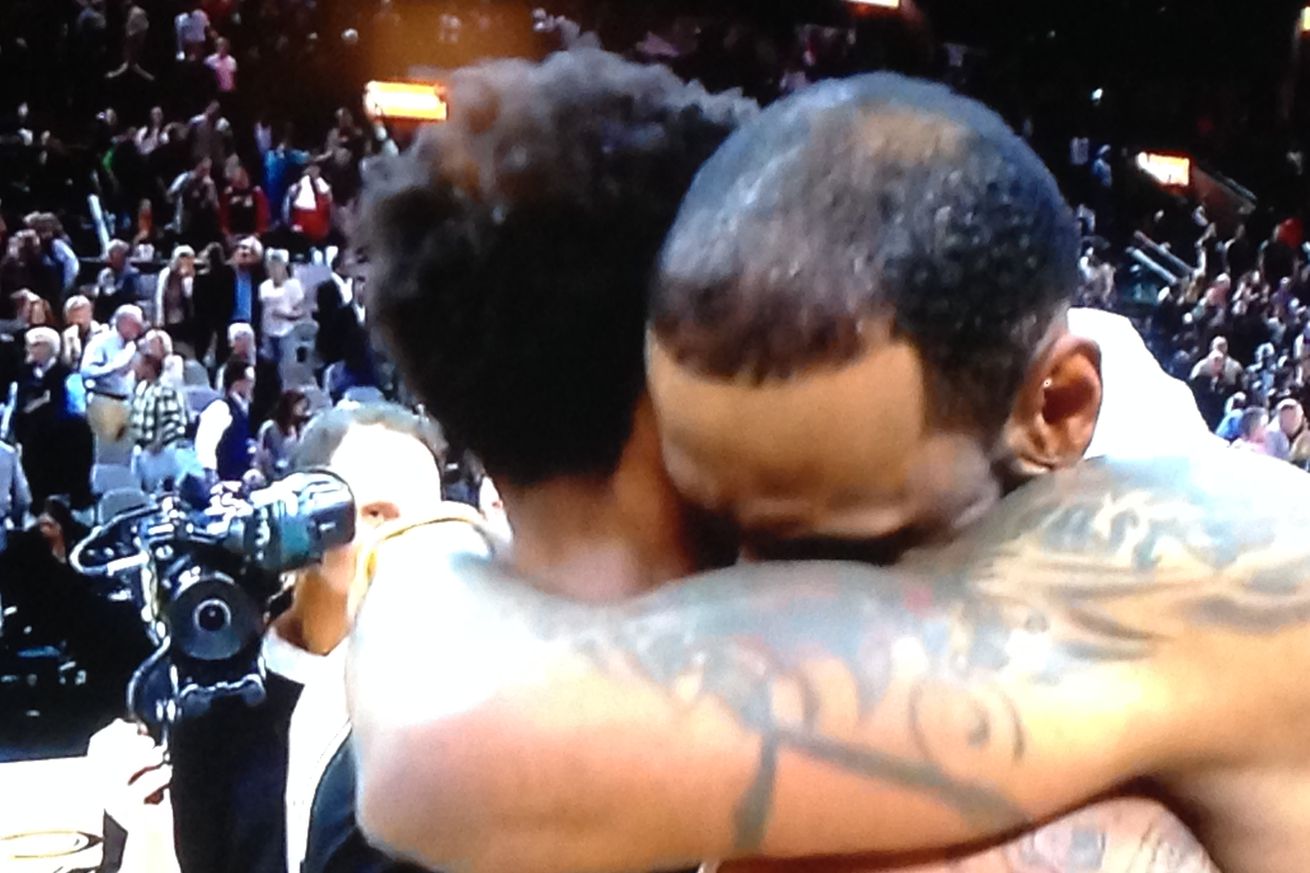 From the onset, LeBron was excited to see Dejounte Murray starting:

Before the tip, LBJ sees DJ and greets him warmly. pic.twitter.com/HAzGinhiA7

There was a moment in the 4th quarter when Dejounte Murray was covering LeBron James. He stuck with him and contained James as best he could before committing a foul in the paint. But LeBron recognized the young man’s efforts and went over to show him some love:

Late in the fourth, DJ guards LBJ, and gets some encouragement after the play. pic.twitter.com/tvsiArXKDq

At the game’s close, James sought out Murray once again for an embrace. There is something kind about a legend reaching out to a youngster.

It reminded me of the article I read in Sports Illustrated about Tim Duncan coaching Robert Swift during a game:

Swift is surprised. Duncan never talks to opponents. And yet…

“The ball’s going to swing to the other side, get position,” Duncan continues.

The ball swings. Swift follows orders, shuffling his feet across the lane, staying behind Duncan.

“No, further up,” Duncan says. Swift takes a half-step.

“All right, now come back,” Duncan says, moving across the lane. “The ball’s about to be swung back, but it’s not coming to me this time so don’t worry about it. But now you know how to play it.”

Great to see that kind of interaction continues through the next generation.