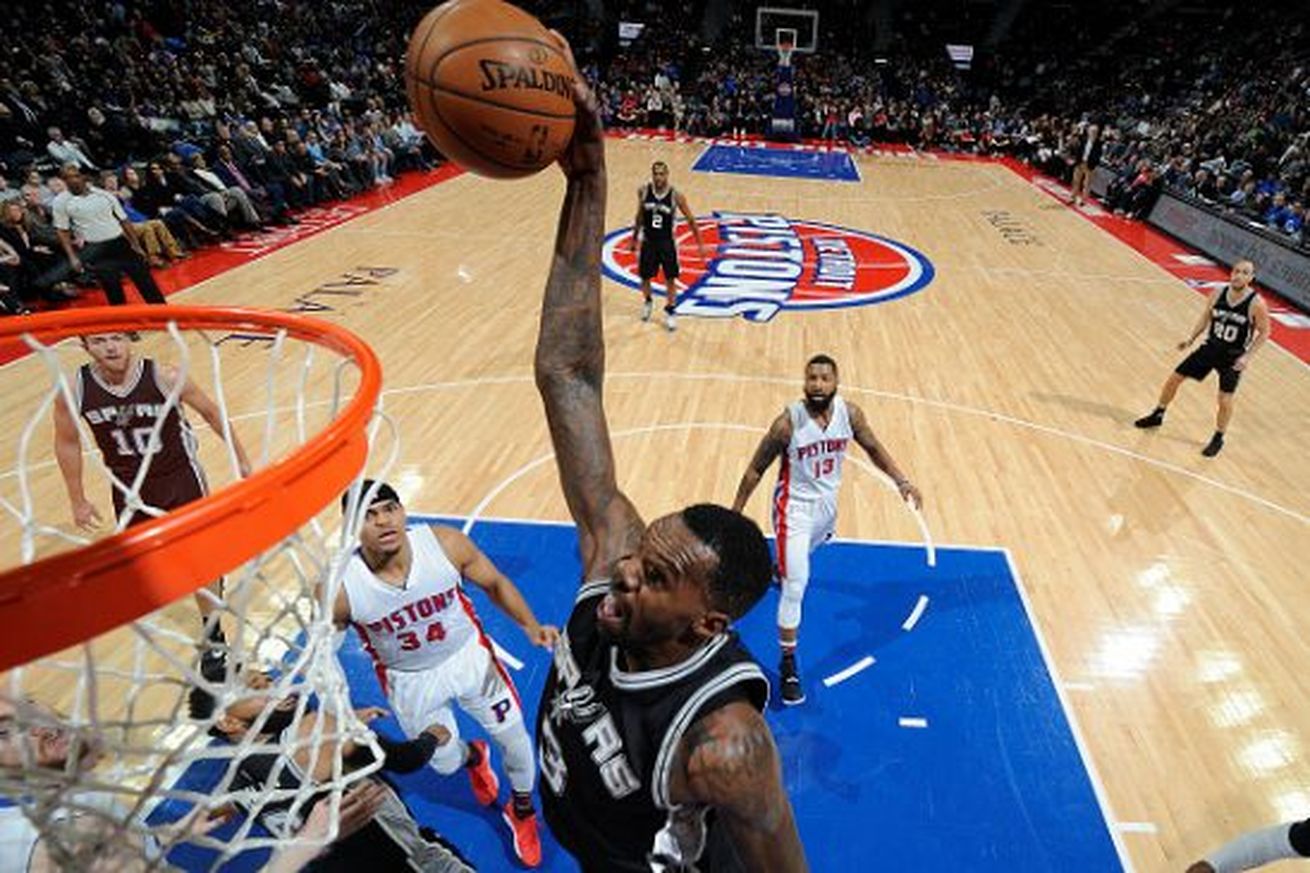 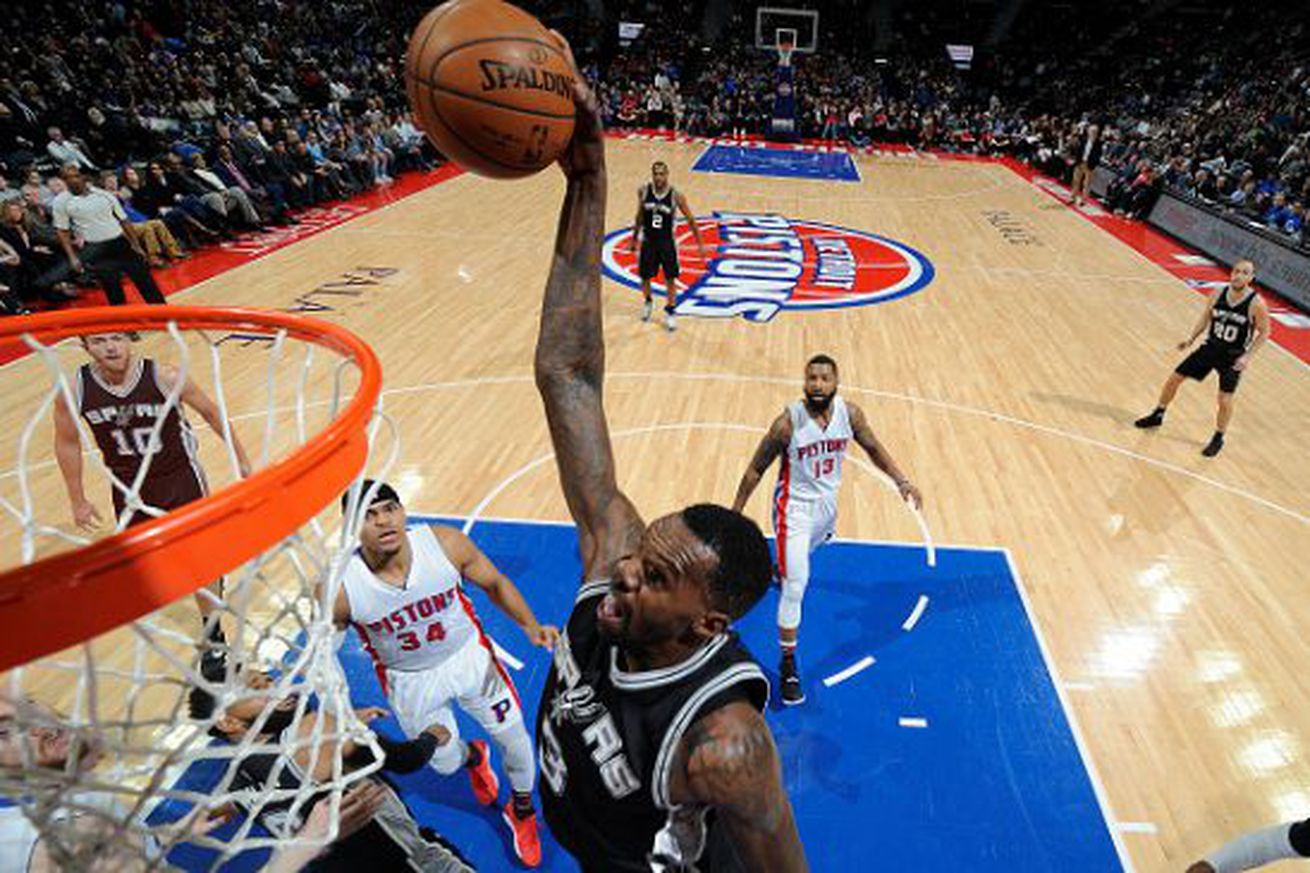 Dewayne Dedmon set the the tone early by being aggressive on both ends for ten points and eight rebounds in the first quarter. Dedmon scored his fourth double-double of the season by halftime with thirteen points and eleven rebounds. That is a lot of action, so lets take a look at how he did it on both ends of the court.

#1 We open up with Dwayne setting a screen for Tony Parker who runs into traffic and passes to Dedmon who takes and makes off the high glass a mid-range jumper, showing his versatility.

#2 This is a well executed play as we see Kawhi Leonard pass to Tony as he comes around and throws the lob pass for Dedmon’s alley-oop dunk. Tony only scored two points for the night but had twelve assists. That will work.

#3 Here Patty Mills passes to David Lee who quickly feeds Dedmon who goes up for the basket but the ball rolls out. The new stat padder grabs his own rebound and this time, he will not be denied with a dunk.

#4 Here we catch up with Dedmon getting the offensive rebound and passing out to Kawhi. Leonard passes the ball to a wide open Patty Mills who drives to the basket and makes the high lob pass for the Dedmon dynamite dunk.

#5 Kawhi drives to the basket, gets caught in traffic but attempts a baby hook that comes up short but Dawyne Dedmon is there for offensive rebound and follows with the make for a and-one play.

#6 In this last play, we watch Kawhi as he brings the ball up and sees Dawyne racing towards the basket for the cleanest, most perfect alley-oop of the night.

Yes it was some kind of game from Dawayne Dedmon. “He hit the boards hard, he ran the floor,” Coach Popovich said, “his energy, his agressiveness, his defense – he was fantastic in that regard.” One last fun stat: Dedmon has had double figures in rebounding…in four of the past five games.