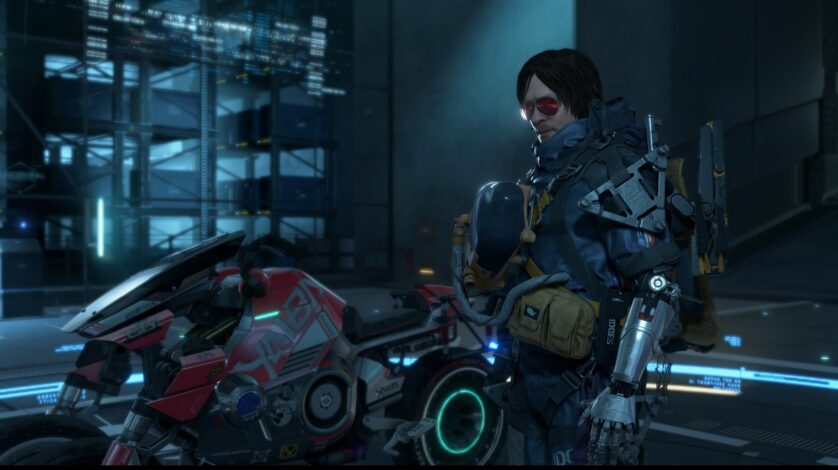 Death Stranding now has a Cyberpunk 2077 update on PC.

The update adds six new missions featuring characters and lore from CD Projekt’s game. There are new items and a new hacking function, too.

Currently, the collaboration is exclusive to the PC version, Kojima Productions said. “We’ll have more announcements coming in the near future, stay tuned!”

Here’s what the update adds:

As for the new hacking function, Sam Bridges can use it in combat to target enemy machines, stop Mule sensor poles from activating for a limited time, stun enemy Odradeks and hack Mule trucks to stop them.

The video below showcases the update:

It’s perhaps no surprise to see a collaboration between Death Stranding and Cyberpunk. Cyyberpunk spoilers follow:

Death Stranding creative head honcho Hideo Kojima is of course an NPC in Cyberpunk. The video below from YouTibe channel MKIceAndFire shows off the Easter egg: