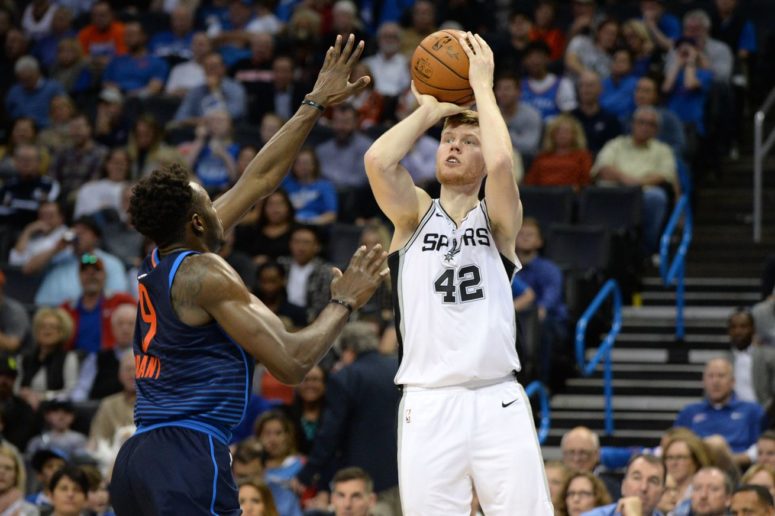 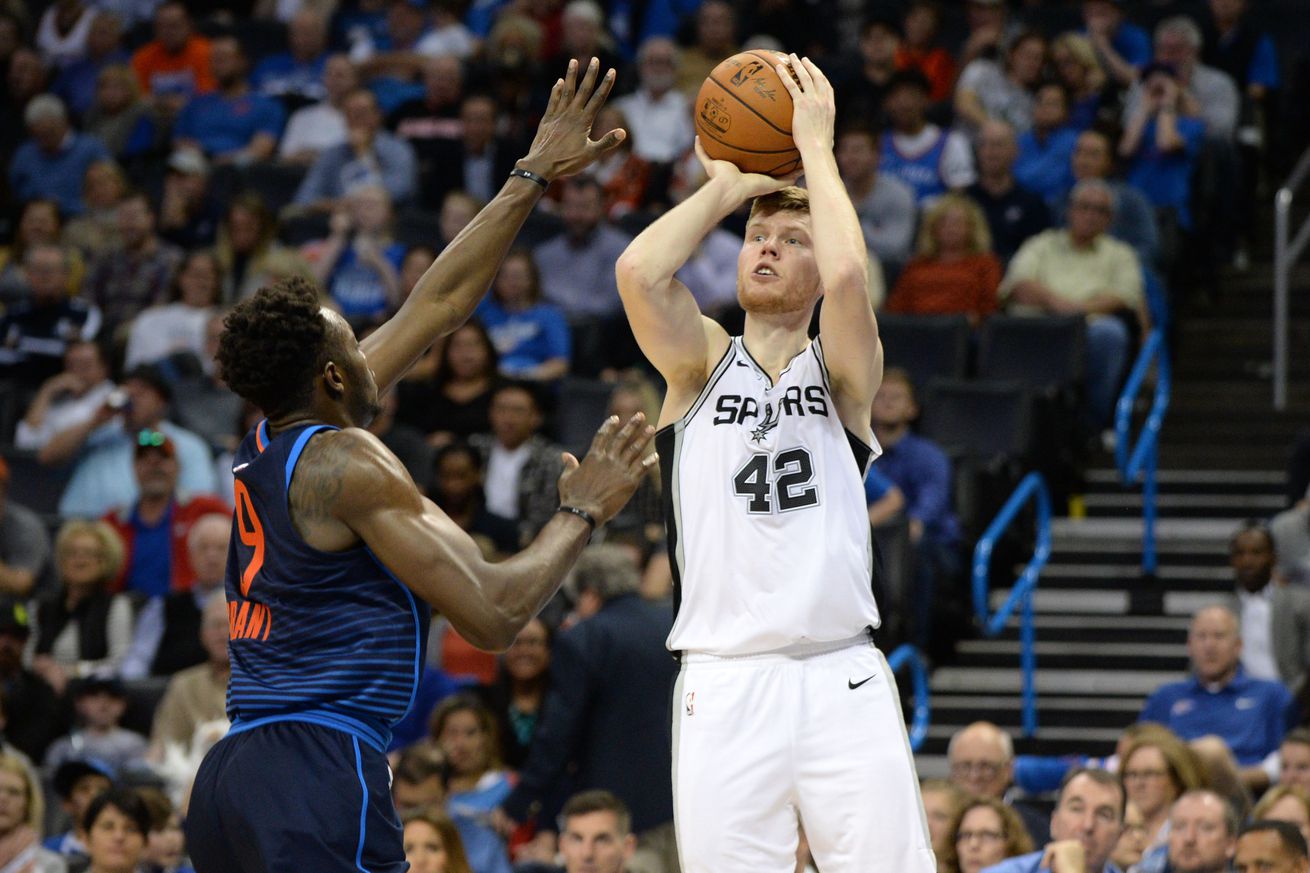 While Kyle Anderson is out with a sprained MCL, the Latvian gunner has a chance to define his role with the Spurs.

Last week, the Pounding The Rock staff discussed the most interesting Spurs-related question of the young season: What will happen to Kyle Anderson when Kawhi Leonard returns?

At best, the Spurs’ decision to shrink the rotation in a literal sense offered Anderson the chance to gain minutes in small ball lineups, but then again, Gay’s fit as a modern four was the reason he was signed. At worst, Anderson would remain a functional part of the Spurs’ regular season plans, but play a role that hasn’t evolved since his sophomore year, which would be worrisome in the season before he hits restricted free agency.

And then news started to trickle out about Kawhi Leonard’s peculiar thigh injury, and by the time you knew it, it was December and Anderson was playing the best (and most) basketball of his career. All of a sudden Anderson went from struggling to get over the 15-minutes-per-game hump at the backend of the rotation to showcasing his unique value as a combo forward in a contract year.

Anderson’s good fortune has briefly gone on sabbatical as he recovers from the sprained MCL he suffered against Oklahoma City, but in the meantime, his absence creates an opportunity for a teammate just as Leonard’s time on the sidelines did for him.

That teammate is Davis Bertans.

Like Anderson, Bertans also came into training camp without an obvious path to a more prominent role. Having played 12 minutes a game, collected a few DNPs and memorized the scenery along I-35 during his rookie season, Bertans didn’t have enough of a platform to thrust himself up the pecking order, and the rotation didn’t shake up enough during the offseason for any previously claimed minutes to fall into his lap.

But with Leonard in the final phase of his rehab and Anderson just beginning his, December has become a very important month for Bertans. Given sound health for San Antonio’s forwards for the rest of the season, Bertans will not have a better chance to show the coaching staff what he can offer than now, and he has already started to take advantage of the opportunity.

After his 16-point, 4-block effort against Oklahoma City on Sunday, Bertans was critical again in the Spurs’ victory against the Pistons, putting up 11 points, three rebounds and two assists. His 29 minutes against OKC and 16 minutes against Detroit were his highest and third-highest minute totals for the season, and this back-to-back was the first time Bertans got double digit minutes in consecutive games.

San Antonio has sorely missed Kawhi’s multi-dimensional offensive game and fabled defense while he has been out, but it has been fun to see how Gregg Popovich has incorporated stand-ins with such varying skillsets. With Anderson, his quirky and quick-witted playmaking flourished in a point forward role. With Bertans, it is all about spacing.

When Bertans is on the floor, post-ups and pick-and-rolls for LaMarcus Aldridge and Pau Gasol have more room to breathe, and if they don’t and the defense makes the crucial mistake of helping off Bertans, he makes them pay. Detroit found that out the hard way when Bertans buried three 3s against them, each shot coming when a Pistons defender diverted their attention from the Latvian Laser.

The Spurs have felt Bertans’ impact in his limited minutes this season. If we constrain the parameters just enough to squeeze Bertans in (at least 150 minutes played), his net rating of +9.6 points per 100 possessions is tops on the team. Bertans might have played only 156 minutes so far, but before you think that anyone can look good in such a small sample, I’ll point out that Joffrey Lauvergne has a net rating of -21.8 in 135 minutes.

Bertans has been a situational player for the Spurs. Given the right matchup, Popovich often deployed him to give the team a lift offensively, and with his sweet stroke and quick trigger, he served his purpose more often than not. What has been missing from Bertans’ arsenal are those one or two dependable ancillary skills that round out his game and make it easier on the coaching staff to keep him on the floor.

His weak-side shot blocking turned heads even more so than his 3-point stroke last season, and it seems Bertans really has a knack for that aspect of defense. The rest of his defensive attributes aren’t quite refined enough yet, which is why it has taken a pair of injuries to get him into the rotation. But he is a willing passer, a smart cutter and an athletic finisher, so his offensive game seems to have enough nuance to complement his shooting once he gets in tune on the other end.

With all of strategic resting that the Spurs do, Bertans isn’t a stranger to stepping into a larger role on a temporary basis. He made a handful of spot starts last season and had spurts of a week or so when he was a rotation regular. But he has only had one prolonged stretch of consistent playing time in San Antonio, back when he played double digit minutes every game for a little more than a fortnight around Rodeo Road Trip time last season.

Now that so many minutes are available at both of the forward positions, Bertans is likely to have his busiest stretch of the season, and he will have a chance to play within certain lineups that might illuminate aspects of his game that don’t shine when he is playing with the reserve unit.

Although the “next man up” mantra is an exhausted cliché in the sporting world, with the Spurs it isn’t just coach speak.

For years, whether by choice while resting players or out of necessity due to injury, Popovich has been plugging in journeymen and juveniles and getting them to perform in line with (if not above) NBA standards, and if Bertans builds on his past two performances, in a few weeks we might be discussing what will happen to Bertans when Anderson returns.