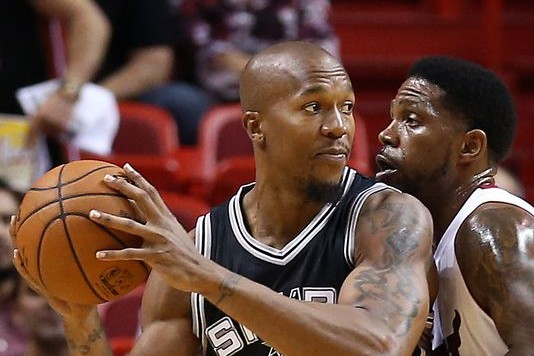 The Spurs are well known for their selfless, team-first style. Whether it’s a pay cut, reduced roles or both, the players on the Spurs roster will do anything to bring another championship to San Antonio. It’s how they are able to keep three future hall-of-famers in Tim Duncan, Tony Parker and Manu Ginobili, while ushering in the next generation of Kawhi Leonard and LaMarcus Aldridge.

But if there is one player on the Spurs roster that truly embodies that selflessness, it’s first-year Spur and two-time All-Star forward, David West.

Just last year, West was averaging 28 minutes a game and started all 66 games he appeared in with the Indiana Pacers, a team that was more than willing to welcome him back……Read More