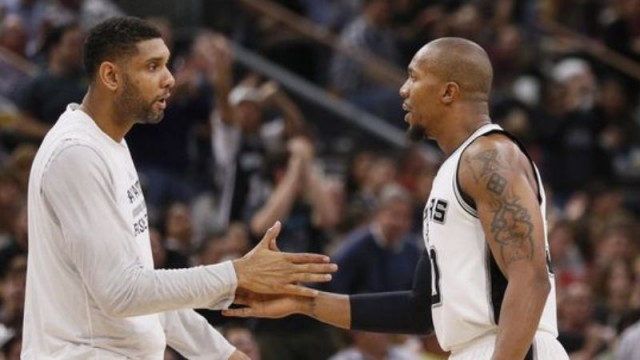 David West walked into Bankers Life Fieldhouse from the other side on Monday. The entrance where visitors pass through.

“A little bit,” West said, “coming from that side.”

West, who spent the previous four years in Indiana, will play his first game in front of Pacers fans as a San Antonio Spur when the team makes its only visit to the Fieldhouse this season at 7 tonight. In his first year with the Spurs, West is averaging 6.9 points and 3.9 rebounds as a backup power forward. Last summer, West made the surprising move to opt out of the final year of his contract with the Pacers, leaving $12.6 million for a chance to compete for a championship. West took a massive pay cut and signed with the Spurs for the veteran’s minimum $1.49 million. When asked if the move was worth $11 million, West responded: “Probably more.”……..Read More

Source: David West on joining the Spurs: ‘It’s been everything for me’