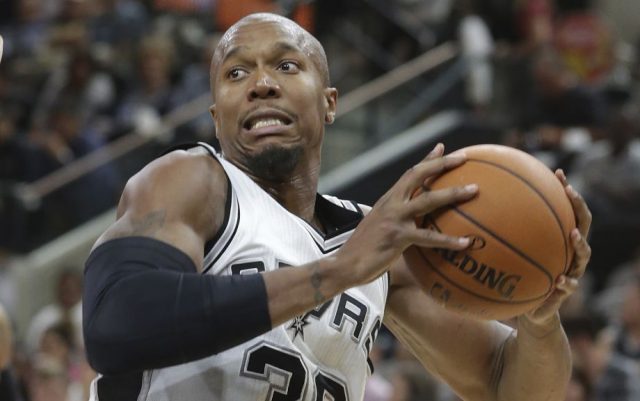 David West declined his 2016-17 player option with the Spurs making him a  free agent. Many Spurs fans were left wondering? What is the logic in this decision and why leave the team after one season? The answer to that question might just be David West is thinking about retiring from the NBA. At 35 years of age David West likely has one or two more seasons left to play where he could still contribute off the bench.

Is David West considering retiring from the NBA as a real possibility this summer as one of his options. The other option is returning to the Spurs or playing with another team for what could possible be his final year in the NBA. Last season with the Spurs David West played limited minutes coming off the bench. He saw both his role and stats take a plunge and in the playoffs West was basically a non factor. The Spurs got out hustled by OKC and did not have an answer for Adams and Kanter.

Despite bringing some toughness and grit to the Spurs which was kind of reminiscent of Mario Ellie on the 99 squad who won San Antonio’s first NBA championship. The Spurs need younger more athletic players as the NBA shifts it’s game once again with a focus on offense.

Should the Spurs pursue David West in free agency or will the team look to start rebuilding for the future. While West was a great role player that brings tons of veteran experience to the team. It might just be time that the Spurs look to youth rather than experience if they wish to remain a contender for years to come.