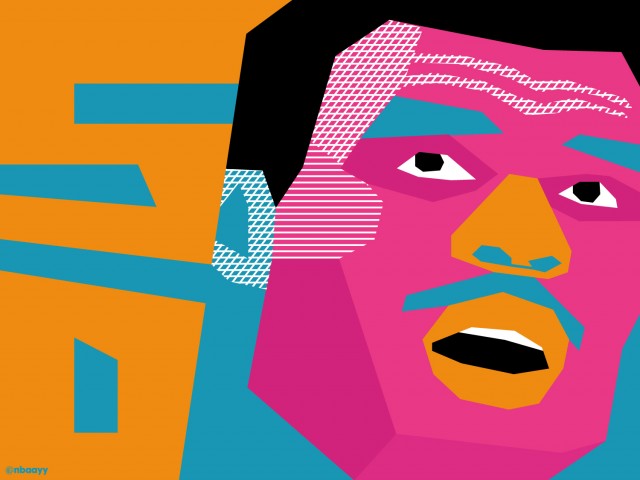 Around this time of year, Hardwood Paroxysm usually does a theme week. This year, as the pool of players who began their careers in the 1990s dwindles, we thought it would be fun to celebrate the entire decade. In typical HP fashion, we will be covering ten years of basketball like a cat chasing a laser pointer. There is nothing comprehensive about our plans, around the HP Network we’re simply digging into the players, teams, and stories from that decade which interest us most. Welcome to #90sWeek.

It’s difficult to picture a Hall of Fame former MVP with two championship rings as a tragic figure, but that’s what David Robinson is.

If you ask people to name the best players of the 1990s, people will probably go to Charles Barkley and Karl Malone before Robinson. (To wit, both Barkley and Robinson both ranked higher in Bill Simmons’ Book of Basketball.) But are they actually better? Barkley and Malone each have MVP’s of their own, and you could certainly argue that if either of them had been fortunate enough to team up with Tim Duncan, they’d have rings also.

And that’s why Robinson is a tragic figure. People assume his accomplishments either (a) are not his own, or (b) are undeserved. He won two rings, but did it riding Tim Duncan’s coattails. He won an MVP award, but then got killed by his biggest rival in the postseason.

When he finally did break through with postseason success, it didn’t matter. He won a ring in 1999 and had a phenomenal performance in the Finals, but it was the lockout year, so it gets swept under the rug historically. He won another ring in 2003, but he was on his last legs. Even when he put together a throwback performance in the clinching Game 6 (13 points, 17 rebounds), he was overshadowed by a virtuoso performance from Duncan (21 points, 20 rebounds, 10 assists, 8 blocks).

David Robinson never could catch a break, and that’s why he’s a tragic figure……..Read More

Source: David Robinson: The greatest player that nobody ever thinks about anymore for some stupid reason – Hardwood Paroxysm