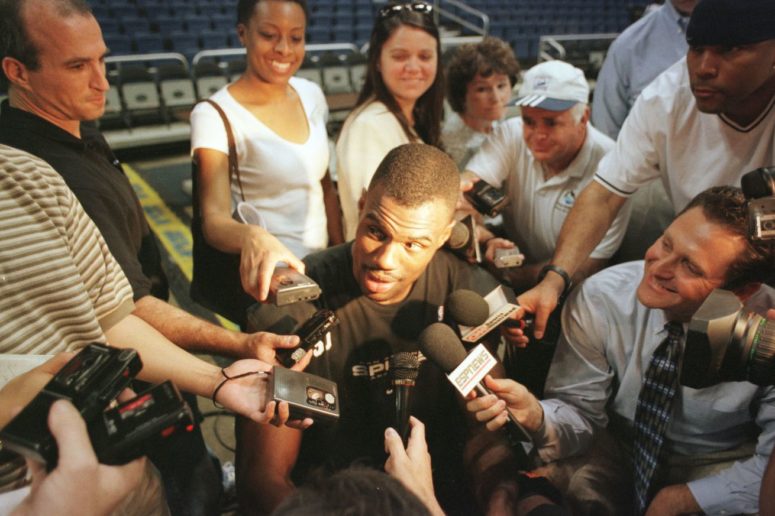 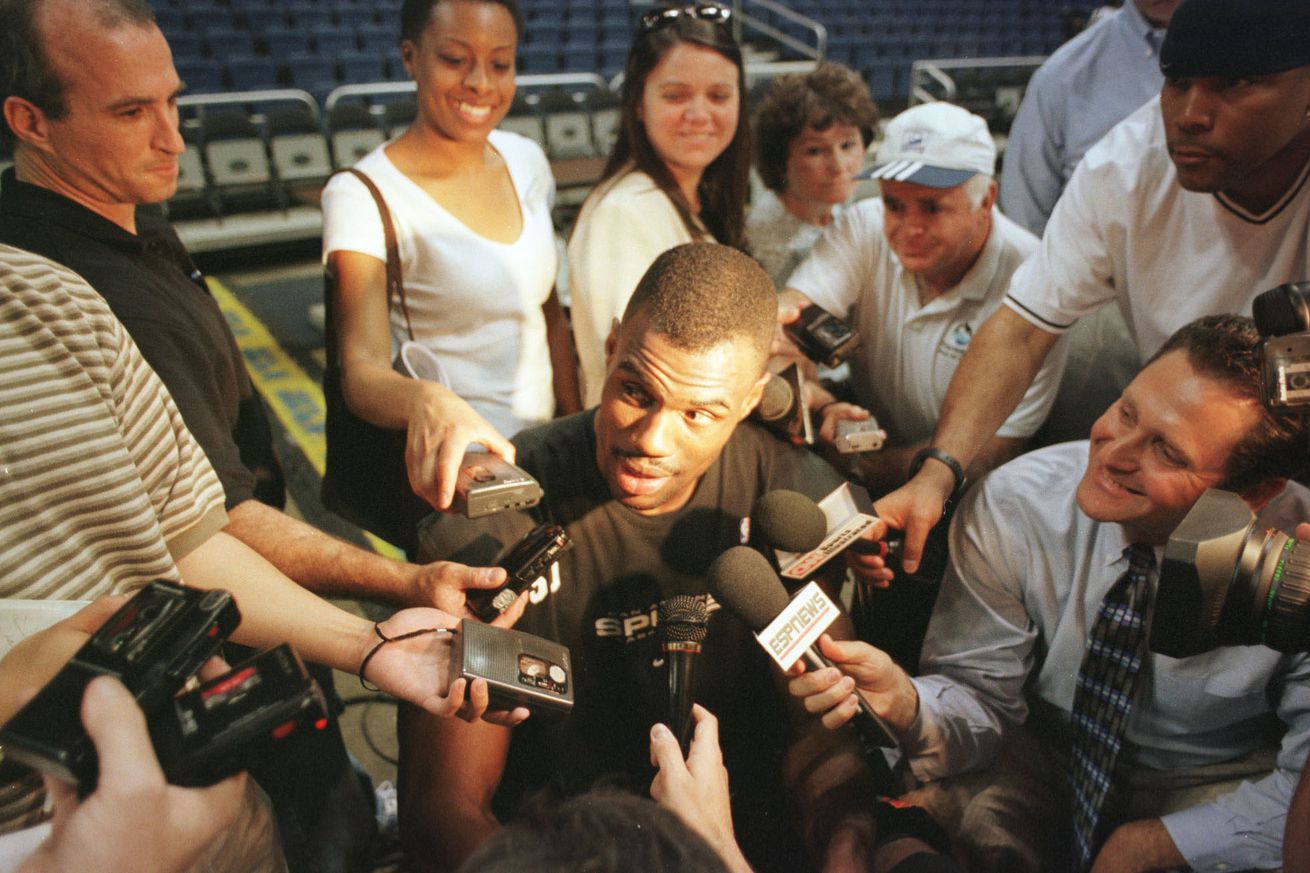 The Admiral remembers the pressure to make an impact

We all know David Robinson is humble, but when recently asked what it was like to be drafted by the Spurs, The Admiral shed some light on the task he faced:

What was it like being drafted by the Spurs?

“Amazing…still, it doesn’t register to me that I was that guy. It’s an incredible honor. Coming in as the number one player there’s a lot of pressure, and you feel like the team is betting their future on you almost.”

In fact the Spurs had bet their future on Robinson. He had a two-year Naval commitment that stipulated that although the Spurs drafted The Admiral in 1987, Robinson could not suit up until 1989. To add confusion to the situation, because of the two-year postponement, Robinson could reject the Spurs contract and re-enter the draft after his service.

To entice Robinson to commit to San Antonio, GM Bob Bass created a contract in which the Spurs would pay him the average of the salaries of the two highest-paid players in the league each year, ensuring he would be the 2nd highest-paid player in the league as long as he was in a Spurs uniform. In the interim, Robinson would be payed $1 million dollars for each year he was unable to play due to his service commitment.

“There’s a tremendous amount of pressure coming in…I walked into the locker room and I go to shake hands with everybody and I just got this feeling that everybody looked at me like ‘who the heck do you think you are? You’re going to come in here and change things?’, and so I felt that pressure almost immediately that I’m supposed to have this great impact. I’m young, I don’t know anything…and I’m just trying to make a difference.”

Robinson did make a difference. As one of the most athletic big men in the history of the NBA, his impact was felt on the court. Off court, Robinson has become a community icon making financial contributions to various entities as well as standing up for education in San Antonio.

You can view Thurzio’s interviews here.