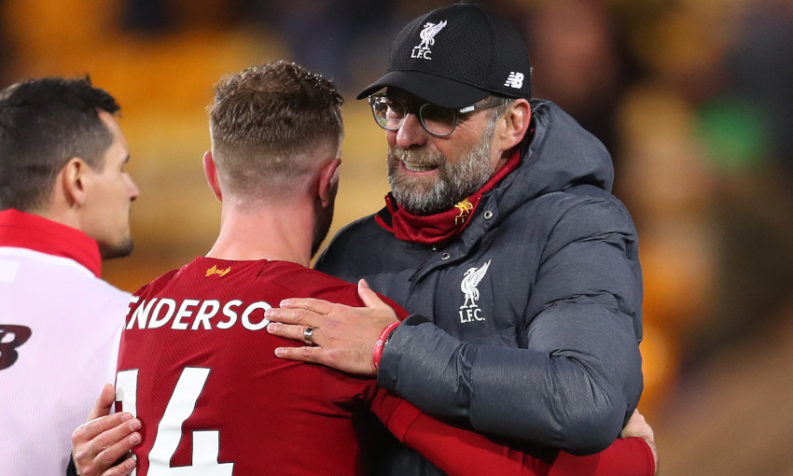 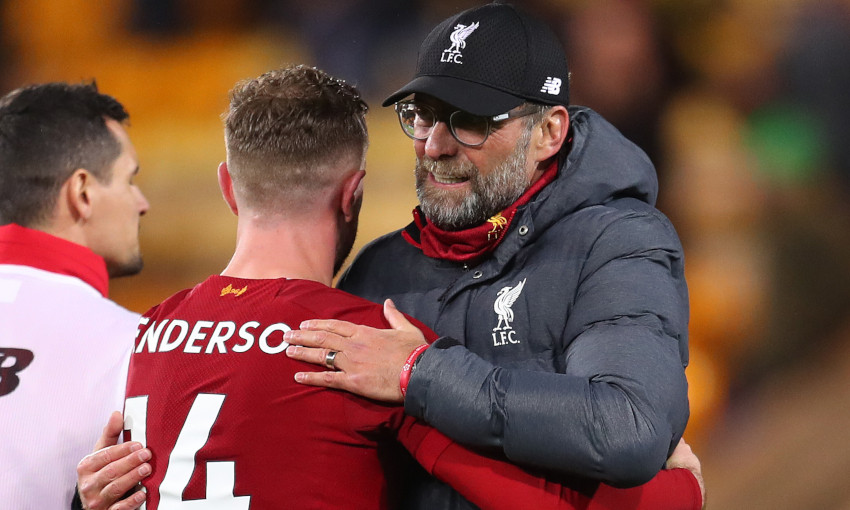 The former Reds midfielder, who hung up his boots in 2013, has been closely tracking the club’s resurgence in recent seasons in his post-retirement punditry roles.

Klopp, of course, guided Liverpool to Champions League glory last term and followed up a 97-point, second-place finish in the Premier League by winning all but two matches in the division so far this campaign.

Providing his take on the Reds’ development, Murphy highlighted the importance of the attitude he sees in each member of the squad.

“I think the team has evolved from when Klopp first started,” he said in an interview with Liverpoolfc.com. “It has got a bit more wisdom in it, in terms of when to take your foot off the gas from pressing, when to see out a game, when to drop off sometimes.

“They are much more tactically aware. Yes, they are a high-press team with great energy and the fitness levels are unbelievable – and Klopp’s coaching staff and sports science team deserve great credit for that – but when people talk about Liverpool this season not hitting the heights of maybe last season or the one before in terms of sometimes steamrollering teams and loads of free-flowing football, it’s because they’re managing games better.

“And it’s because they don’t necessarily, when they go a goal up away from home or two up, they don’t go all-out, 100 per cent press, hell for leather.

“I think the biggest thing with the Liverpool side at the moment is the hunger and the discipline. They come hand in hand, for me.

“The hunger comes from your fitness and energy, you’re carrying on in games even when it’s not going so well – you think of Villa away, for one, and God knows how many more where they keep digging in and going and win games late on.

“And the discipline to know when to do that and when not; the discipline of the players in terms of the rotation in midfield, for example, there’s no-one moaning.

“And the hunger just to keep going. They’ve been relentless. And to have that relentlessness mixed with the quality and the guile, that’s why the great teams are great.”

Klopp can call on a variety of options from his pool of midfield talent, shifting the set-up and personnel as matches and circumstances require.

But Murphy, who operated in several different positions during his own time at Anfield, believes there is a crucial factor that every individual shares.

“I appreciate them all, to be honest, in terms of their ability to fit in,” he said. “Very rarely do you watch Liverpool play and think, ‘Oh, they’re weaker today.’

“Jordan [Henderson] is probably the one biggest miss when he doesn’t play, partly because of his leadership as well. I’m a big fan of [Georginio] Wijnaldum.

“He’s very good on the ball and in tight positions. Very, very often he is one of those players who wriggles out of a little tight situation and gets Liverpool on the front foot.

“The one thing more about that midfield I say when I talk about it is every single one of them – I call them ‘proper midfielders’ – does all the bits needed.

“They still go forward and press and try to get in the box. Ox is probably one of the best at it when he plays more often.

“But they all do their defensive work – they all track runners, they all fill space, they all spot danger. And I don’t think that Liverpool system would work if one of the three didn’t have the discipline to do that. They all know the job.”

Murphy departed Anfield in 2004 after 249 appearances, 44 goals and multiple winner’s medals across his seven years in the first team.

His connection to the club remains as strong as ever, though, and he takes particular satisfaction from the joy Liverpool’s recent trophy triumphs have given to supporters.

“You never lose that when you’re a fan and you’ve been a player. I’ve lived the dream in many respects,” added the 43-year-old.

“For me, the pleasure in watching Liverpool succeed is for the supporters, that’s because I know how passionate they are and how much they love the football club. I’ve experienced that first hand, I’ve been a supporter and I’ve been a fan who has felt the passion and warmth of the Liverpool people.

“I firstly get pride and joy from seeing the supporters happy and listening to them when Liverpool are doing well. The actual desire for the team and individuals to do well leaves you a little bit when you don’t know them personally. It was different when Carra, Stevie and Didi were there – I knew those lads so I was pleased for them.

“I don’t know the lads very well and I don’t know Jürgen that well, so the pleasure comes from the football club and the supporters doing well. As well as the players, because I like the attitude of the players, they seem like a humble group.

“But firstly, Liverpool doing well means the supporters are happy and that’s crucial. That’s what I was, I was a supporter so I get it.”