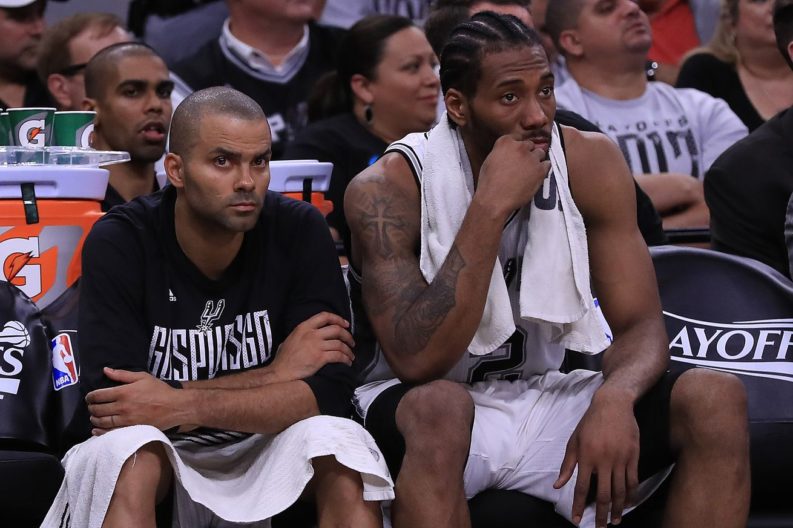 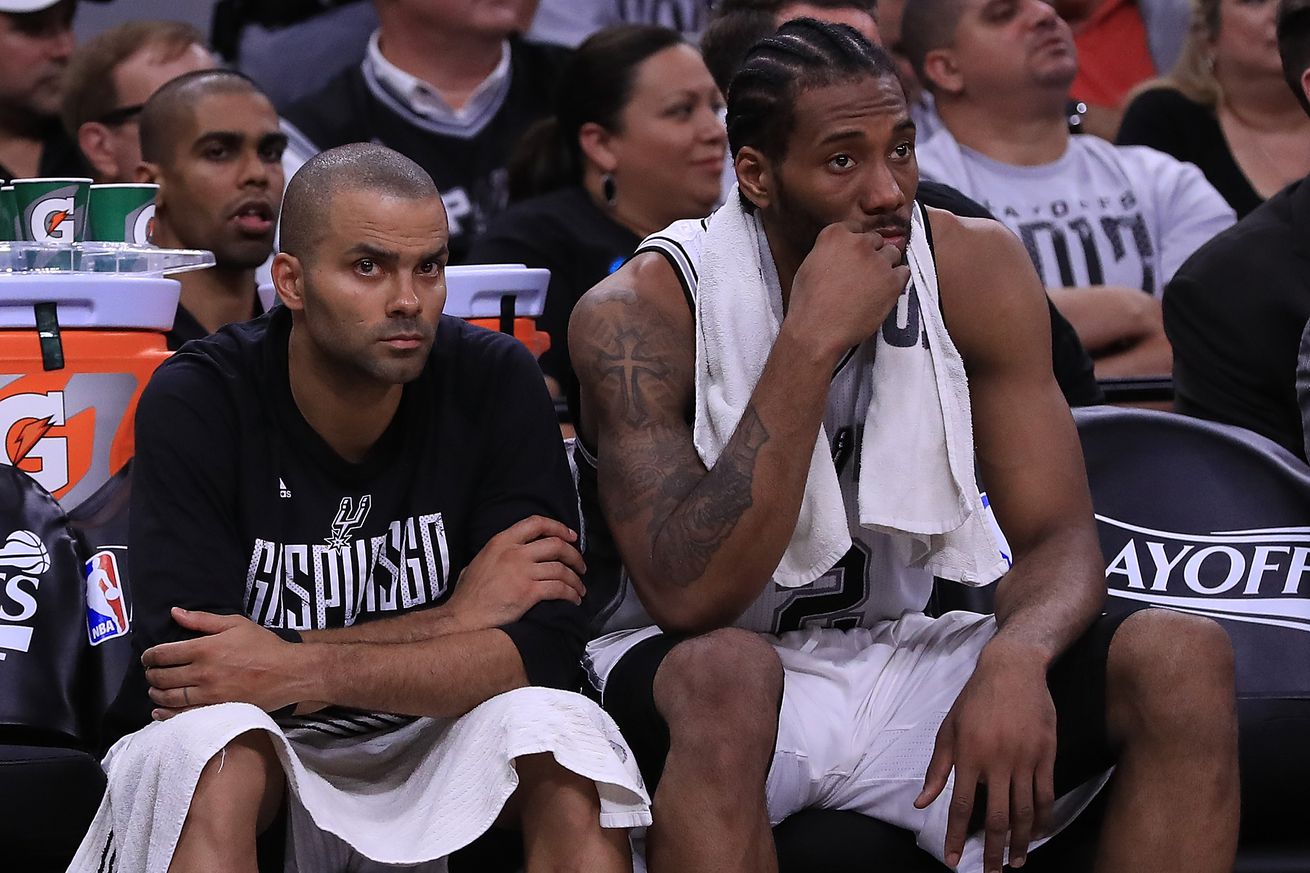 The Spurs guard joined The Blitz to discuss the Kawhi-Parker tension rumors, and his own free agency, and LeBron-to-SA.

Yesterday, Danny Green joined ESPN SA’s radio show The Blitz, hosted by Jason Minnix and Rob Thompson, to discuss a variety of off-season topics, which of course included the Kawhi Leonard situation — most notably whether or not there is any tension in the locker room that needs to be solved as part of his decision whether or not to sign an extension this summer.

After yesterday’s ESPN piece specifically (and perhaps inaccurately) pointed to the locker room meeting and Tony Parker’s “one hundred times worse“ comment as a big part of the reason Leonard made himself scarce toward the end of the season, Green made it a point to set the record straight.

When asked if Tony and Kawhi can function on same team after Parker‘s quad comments (13:10):

Of course. I mean, come on, they functioned for so many years before that, and what he said was taken out of context for sure. It was not meant to be a shot at Kawhi or anything like that, it was just Tony talking or rambling, and something just came out where it sounded that way.

Does Kawhi know that?

Sure, he knows that. We’re not a team that beats like that. They‘re definitely on speaking terms. They’re fine. They can play together just fine. Tony knows that. He‘s had to take a back seat for a couple of years now, and Kawhi’s been the guy. There’s no problem with that, and they can play together just fine. They know that we need Kawhi, and Kawhi knows that we need Tony and everybody else on good terms, on good cylinders, and to make sure everybody’s healthy. We’ve won a championship together, and that included Tony and Kawhi. Everybody knows the team is bigger than individual stuff. That’s in the past now, I’m sure they can function just fine.

If Kawhi signs a supermax deal, is any healing needed in the locker room? (14:30)

No, there’s never any issues in our locker room. There’s no healing process needed. Our characters, our egos, the types of personalities we have…the Spurs do a good job of recruiting good people. Nobody has hostility or animosity or any tension between each other. We just play basketball. Everybody’s very professional.

When I was in Cleveland, I had no idea he was leaving there. I doubt he would share with me now what his mind is, but percentage-wise, obviously most San Antonio fans are hopeful. Even the guys on the team are hopeful, but percentage-wise I don’t know how much he would adapt to the city. I know he‘d love the fans, but I know he‘s the kind of guy if he were to leave Cleveland, it would be for a Miami or LA or a bigger city or bigger market, if I had to assume. But I couldn’t tell you, I have no idea…Yeah I know about 2 percent of what’s going on. I have no idea where his mind is.

There were plenty of other topics discussed, including his own future (5:10):

I’m close to making a decision. I just talked to my agent today. We’re trying to figure out a couple of things, but we’re trying to see what the best situation is for me. Right now the market is very different. It’s probably not the best summer to be a free agent. Last summer or the summer before was the best summer to be up when the TV money hit, and teams were giving out a good amount of money. This summer coming up, it’s a different story, but I have about two weeks to make a final decision, and I‘ll probably make my decision within the next week or so.

Also discussed were what he thinks the Spurs other free agents (particular Rudy Gay) will do, his own off-season plans, and his trip to Asia. You can either listen to the entire thing below, or click here.