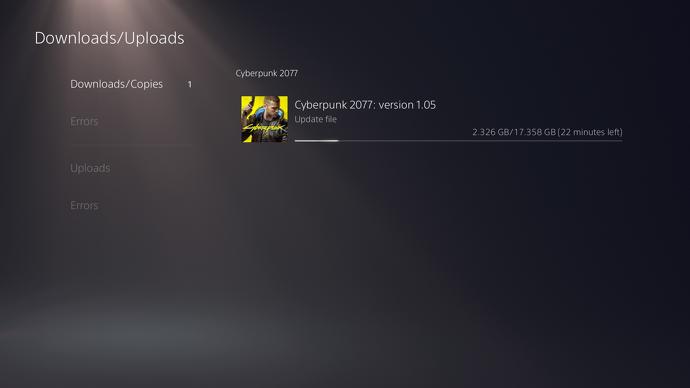 CD Projekt has issued a patch for Cyberpunk 2077 that addresses a raft of quest bugs as well as crashes.

Hotfix 1.05, which weighed in at 17.358GB for me playing on PlayStation 5 via backwards compatibility, is now live on Xbox and PlayStation consoles, with PC to follow soon.

There’s a long list of quest fixes. On the gameplay side of things, NPCs taking cover have improved reaction time. There are some visual fixes, including this curious tweak: “V appears more modest in the inventory preview after the half year montage ;)”

I’m not entirely sure what this one is about, but I presume there was a bug with how V first appears in the inventory at this point in the game – perhaps without any gear equipped?

CD Projekt also mentions multiple stability improvements, including crash fixes. And here’s an interesting one: offscreen explosions make noise now. Makes me wonder how many explosions I didn’t know were happening within earshot.

On the PC side of things, CD Projekt has removed the debug console “to prevent functions that could lead to crashes or blocked quests”. “This doesn’t mean we don’t want to support the modding community,” CD Projekt stressed. “Stay tuned for more info on that.”

It is on console where Cyberpunk 2077 needs most work, of course, and there are some console-specific improvements. Here’s the list:

Lots of fixes, then, but there’s still a long way to go before Cyberpunk 2077 is in the state it should be – and perhaps where it needs to be before Sony lets it go back on sale on the PlayStation Store. There’s no word, for example, on framerate and resolution improvements on console in this patch. Fingers crossed the game is less crash prone, now – I still get a hard crash once every couple of hours on PS5. CD Projekt has promised two large patches, one in January and the other in February 2021.