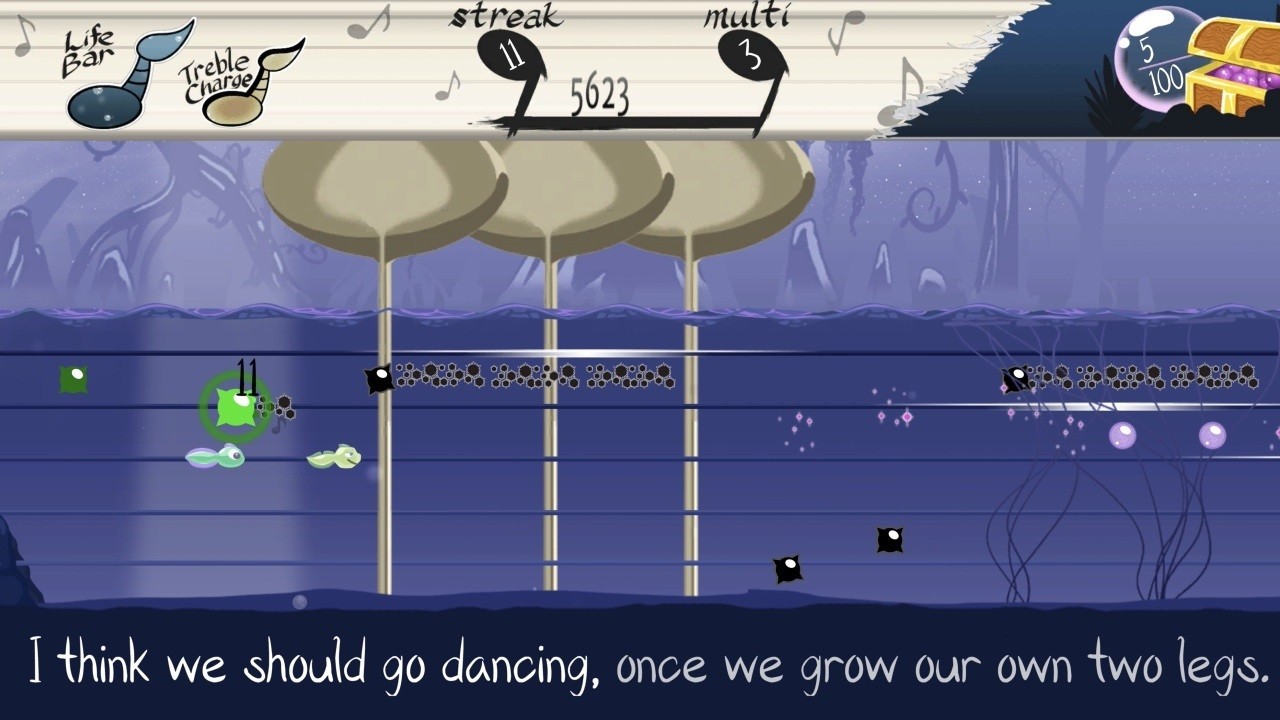 You might not remember it but Tadpole Treble was a quiet hit when it launched in 2016. Coming to PC and Wii U – we gave it 9/10 stars at the time – calling it a “wonderfully charming experience” with “satisfying gameplay and a catchy soundtrack”. We’re quite pleased to see then that it’s getting a second chance, as developers BitFinity has launched it today on Switch as Tadpole Treble Encore.

You’ll play as Baton, a young resident of Tadpole Pond. Swimming a little too far out, Baton gets snatched up by a hungry pelican not long after hatching and she needs to find her way back home.

Seeing you embark on a musical adventure, it uses sheet music as your gameplay foundation. The aim is to dodge notes that appear in each level, which can be enemies or additional obstacles, hitting percussive notes to the musical beat to score points. Doing this will fill up your treble charge, allowing Baton to charge through any obstacles.

On sale for $8.99 USD, we’ll be checking whether it still holds up on Switch, so keep an eye out for our upcoming review.

Did you play Tadpole Treble before? Are you happy to see it on Switch? Let us know down below.