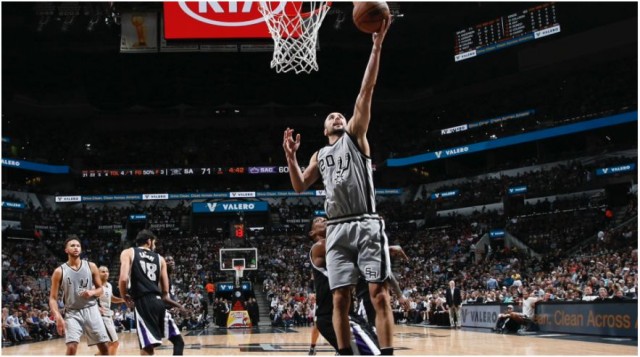 The San Antonio Spurs have been quietly staying in 2nd place behind the Warriors all season long. With the Warriors gaining all the media attention and being the talk of the NBA since the start of the season. The San Antonio Spurs have been like a lioness on the hunt, just quietly stalking just waiting to pounce. It would seem that the Spurs are going to flip that proverbial switch and go into the final stretch of the season on a tear. The Warriors loss to the LA Lakers Sunday 112-95 in what is the biggest upset in NBA history. This loss puts the Spurs just 2.5 games back of the Warriors for the overall number one seed. Dare I say the Spurs not the Warriors can finish the season with the best record in the NBA. The Spurs have a shot at beating the Chicago Bulls 72 game season by finishing with 73 wins. Quietly without much fan fair the Spurs are gaining ground on the Warriors and with the return of Manu Ginobili the Spurs could finish this season making NBA history.

The Spurs could sneak up on the Warriors and break the NBA record for most wins.