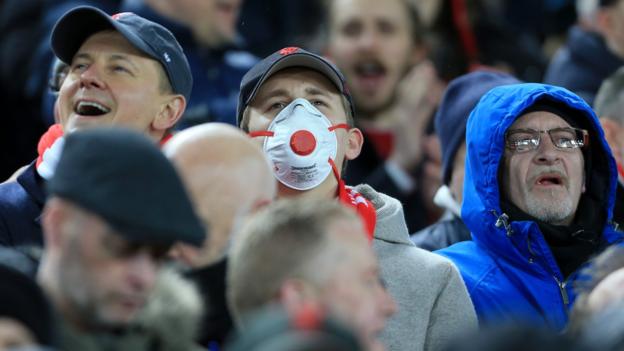 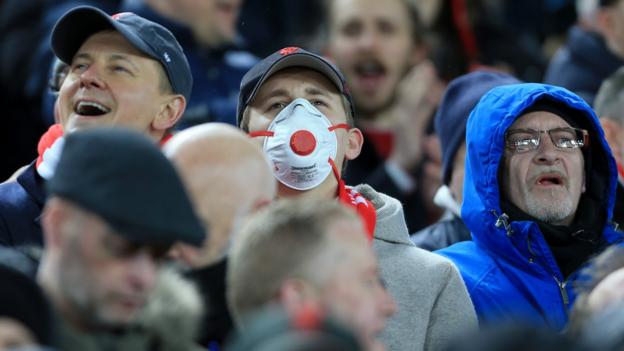 Speculation over a possible link between coronavirus cases in Liverpool and the club’s Champions League match with Atletico Madrid last month is an “interesting hypothesis”, a scientific adviser to the UK government has said.

Some coronavirus deaths in Liverpool have been blamed on the 11 March match at Anfield, which was attended by more than 52,000 people, including 3,000 from Madrid, where a partial lockdown was already in force.

While there is no confirmed link between the match and any coronavirus cases, the government’s deputy chief scientific adviser, Angela McLean, said it warranted further investigation.

Liverpool city council’s director of public health Matthew Ashton previously told the Guardian the match should have been called off, while the mayor of Madrid, Jose Luis Martinez-Almeida, said over the weekend that it was a “mistake” to allow thousands of Atletico fans to attend.

“It didn’t make any sense that 3,000 Atletico fans could travel to Anfield at that time,” Martinez-Almedia told Spanish radio station Onda Cero.

Latest figures show that 246 people have died with coronavirus in Liverpool’s NHS hospitals.

Madrid, meanwhile, is one of Europe’s worst affected cities. Spain has the second-highest number of confirmed infection cases in the world, behind the US, figures from Johns Hopkins University say.

The country’s death toll climbed close to 21,000 on Monday.

Speaking at Monday’s news briefing, UK chancellor Rishi Sunak rejected claims the government was too slow to cancel large sporting events in the days before the coronavirus lockdown was enforced.

The Cheltenham Festival, along with Liverpool’s Champions League match with Atletico, went ahead in the second week of March. There were 251,684 racegoers in attendance across the four days of the Festival, while 68,500 watched the Cheltenham Gold Cup on 13 March.

Strict limits on daily life – such as requiring people to stay at home, shutting many businesses and preventing gatherings of more than two people – were introduced on 23 March.

“There is often a wrong time to put certain measures in place, thinking about sustainability and everything else,” Sunak said.

This is the furthest a senior government adviser has gone in admitting there may be a link between Liverpool’s match against Atletico Madrid and the coronavirus outbreak that the city has since suffered. Certainly, deputy chief scientific adviser Angela McLean did not rule out a connection when asked about the issue by a reporter from the Liverpool Echo.

At this stage it is impossible to know whether – and to what extent – the Champions League game contributed to the surge of deaths on Merseyside that followed. (Just as we do not know how many of the quarter of a million racing fans who visited the Cheltenham Festival that same week caught the virus from being there.)

But ever since the match, there has been mounting concern that thousands of fans from one of the early European epicentres of the pandemic were allowed to travel to Anfield, even after Spain had closed schools and banned mass gatherings. Two days later, of course, the Premier League suspended the season, effectively taking the decision out of the government’s hands.

McLean’s comments could add to the pressure on the government, those advising ministers at the time, and Uefa.

Uefa and Liverpool declined to comment when contacted by BBC Sport.