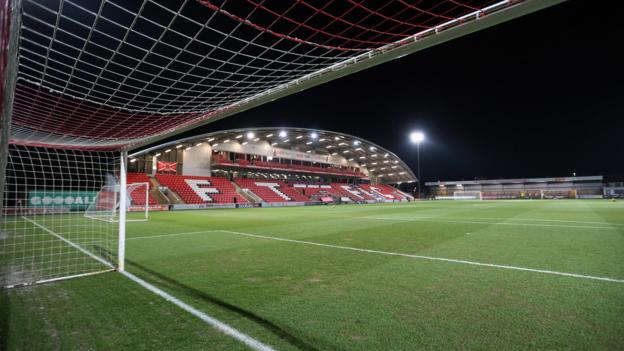 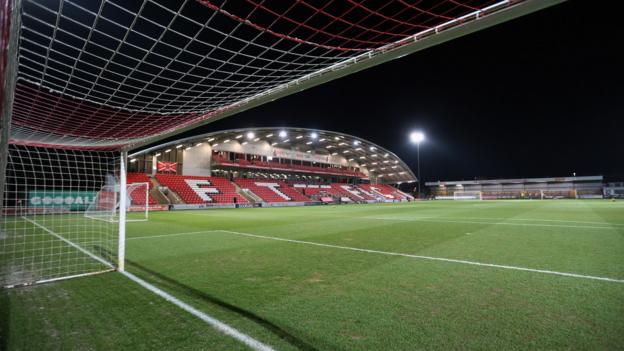 With football suspended as a result of the coronavirus pandemic, there is concern about the ability of clubs, especially in the lower leagues, to survive financially.

“I don’t think anything is off the table. We have to evolve,” Pilley told BBC Radio 5 Live. “Football has to think creatively and be inventive here, otherwise we run a real risk.”

He added: “We are stuck in our ways and have become very traditional, be it with dates or certain rules continuing because they always have done.

“But what is important here? It is not who achieves sporting success this year but having a healthy, long-term sustainable football pyramid.

“Our game is admired across the world and it is in a critical situation. We must find a way to save it.

“If it means pressing the reset button then that is what we must do because we don’t want to end up with another Bury or Macclesfield or Bolton situation.”

Pilley’s short-term hope is for a financial rescue package from either the Premier League, Professional Footballers’ Association or borrowed against future income.

But his longer-term suggestions would prompt greater change to the structure of the English game.

“If there is to be a rescue package one of the knock-on effects is that there should be a covenant and within that there needs to be a salary cap so football becomes sustainable in the lower leagues so we can focus on football and not points deductions,” he continued.

“It is worth considering a regionalised League One and League Two.

Wage deferrals by players continues to be an issue during the coronavirus pandemic, with the English Football League and Professional Footballers’ Association proposing that clubs defer up to 25% of players’ wages in April.

However, this is only a recommendation and Pilley believes it could spark a potential row within clubs.

“I don’t know if people understand the severity of the situation,” he said. “There is a standoff brewing between owners and players that is not good for the game.

“Some owners I speak to are for not paying wages or significantly reduced ones and players will not like that.

“We don’t want civil war within our clubs, we want healthy completion that is the envy of the world.”

Like the Premier League, the English Football League is committed to finishing the campaign once it is safe to do so following the pandemic, and have said it will take them 56 days to complete the nine rounds of matches across their three divisions, plus play-offs.

Pilley is adamant that this season should be finished for financial and integrity reasons, even if that means playing games behind closed doors.

“For the greater good, we have to finish the season. We have signed up to a broadcasting and sponsorship deal and we don’t know the consequences if we break that deal. The prospect of that is hideous, not just for the EFL but for the PL as well.

“We also have to finish it for the integrity of the competition. There are clubs mid-table saying ‘why should we finish it?’.

“Well, the reason is that they have already received money to compete in this league and we might only have 20% back, but I’m sure they won’t be keen on giving that backup the PL or Sky if we didn’t finish.

“What disappoints me is there is an element of self-preservation and people having their own agenda. It is a pretty duff hand but we have to play the one we have been dealt.”

To offset the loss of match day revenue, Pilley feels streaming games is the answer.

“Streaming has got to come into play. Let’s face it, the content on television right now is somewhat exhausted. It will be somewhat surreal but these are extraordinary circumstances and if you love your football club you’ll tune in and watch. I think that will help.”