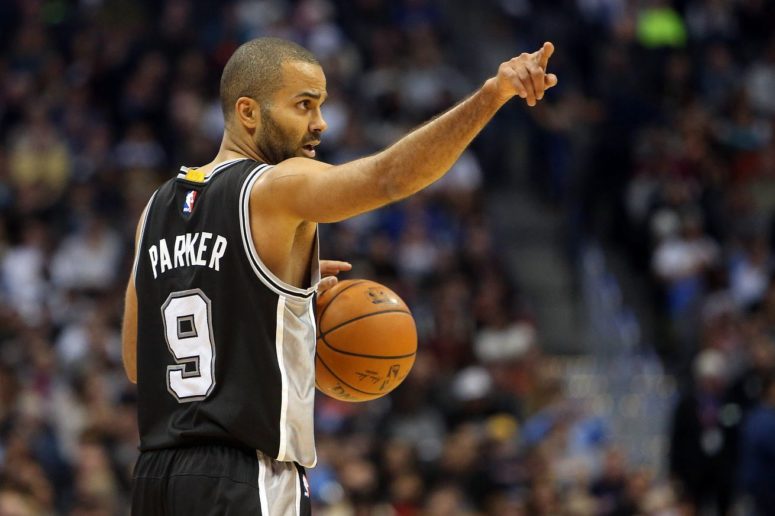 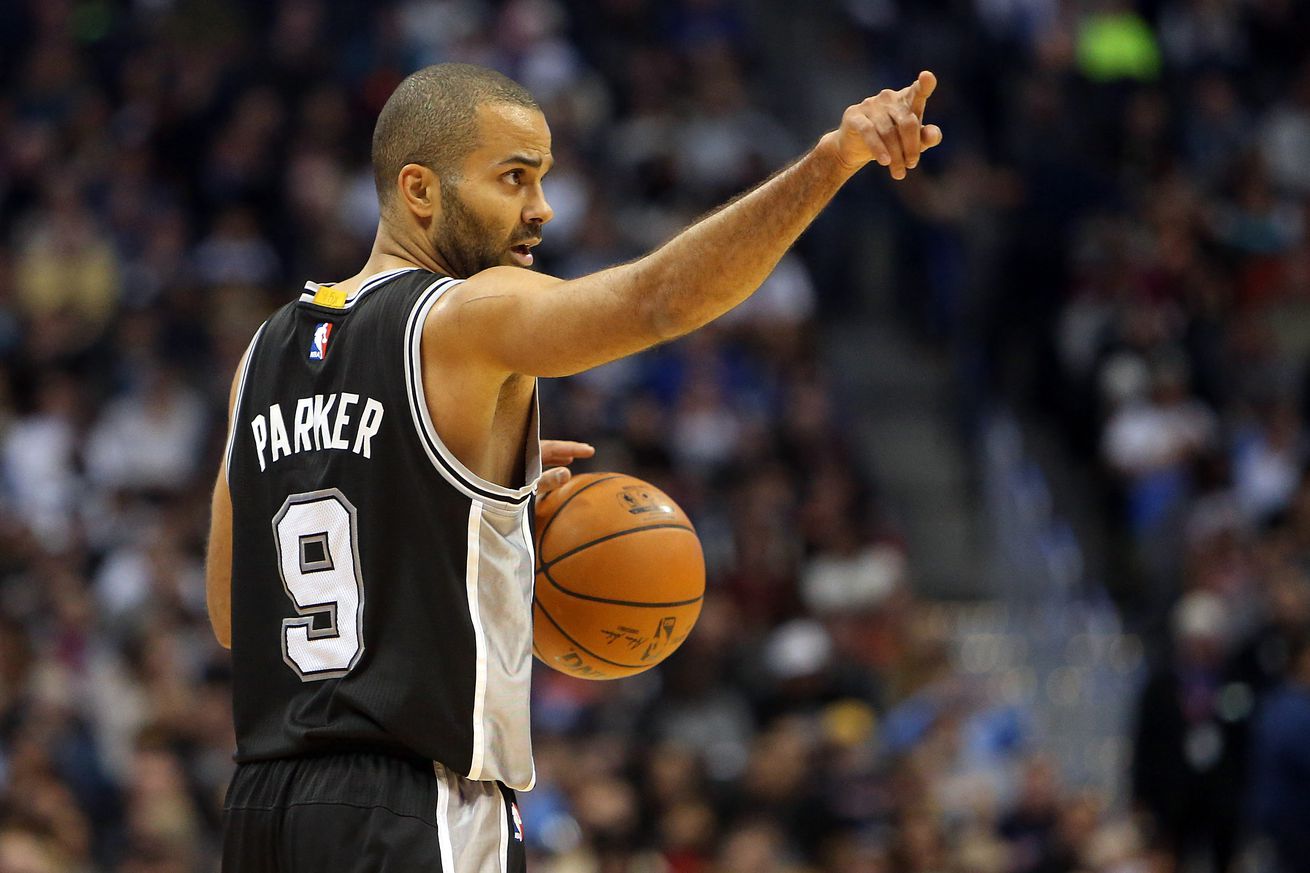 Kyrie Irving is one of the top point guards in the league today. At one point, Tony Parker was too. Who emerges victorious when comparing the two at their peaks?

Which made me decide to dig in to this question about who the better player is between the 2017 version of Kyrie Irving (his best season to date) and prime Tony Parker. Instead of responding a gut feeling in a poll, let’s do a deep dive on these All-Star point guards’ numbers and careers as a whole.

During the 2012-13 NBA season, Parker turned in an incredibly strong year. He averaged 20.3 points, 7.6 assists and just 2.6 turnovers on .522/.353/.845 shooting. Last season, Irving averaged 25.2 points, 5.8 assists and just 2.5 turnovers on .473/.401/.905. While Irving remains the better outside shooter, Parker’s best years came before the NBA had fully embraced 3-point shooting. On the surface it appears as though Parker has the edge efficiency wise, yet it must be noted that the two had a nearly identical effective field goal percentage (Parker: .534, Irving: .535).

While Irving’s raw numbers appear to outpace Parker’s, advanced stats tell a different story. Both Irving and Parker were terrific offensively in their career years, each sporting an offensive rating of 116. While neither point guard has been labeled as a defensive savant, Parker was respectable, posting an 106 defensive rating. Irving, on the other hand, struggled defensively, finishing at 112.

To place these numbers in context, during the 2012-13 season, the Spurs outscored their opponents by 10 points per 100 possessions with Parker on the floor. With Irving on the floor, the Cavaliers were just four points better.

The strong seasons from each point guard earned them an All-Star spot while Irving was named a starter for the East. Most years, the title of All-Star starter would hold little weight, yet with the amendment to the voting process, allowing media and players a say in the process this season, it carries more significance. Finishing as the top vote-getter in both the fan and player vote matters. Being regarded as arguably the top guard in the Eastern Conference by his peers speaks to the fantastic season Irving enjoyed this past year.

In taking a look at the West’s starting guards in the 2013 All-Star game — Kobe Bryant and Chris Paul — it’s clear both turned in stronger seasons than Parker. And while it’s difficult and oftentimes unproductive to compare eras, sitting a notch below your conference counterparts should play a role — to some degree — in assessing the two guards.

Both Irving and Parker are NBA Champions — although Parker is a four-time champion while Irving has just the one (which was incredibly difficult and impressive in its own right). In each of Irving’s three trips to the NBA Finals, he has been the Cavaliers’ second best player. He sits behind the eight ball, playing alongside one of the greatest players of all time in LeBron James, but many would argue that Irving lacks the ability to be the lead man on a championship-caliber team.

But Irving deserves credit for raising his game on the biggest stage. During the 2016 NBA Finals, the former Duke guard averaged 27.1 points, 3.9 assists and 3.9 rebounds on 46.8 percent shooting and 40.5 percent from deep — including the biggest shot in Cavs franchise history — all while outplaying the reigning two-time MVP Stephen Curry. And this season, the four-time All-Star was once again terrific, averaging 29.4 points, 4.4 assists and four rebounds on 47.2 percent shooting and 41.9 percent from behind the arc. Irving has established himself as an extraordinary crunch-time performer and such a trait is important in determining his (unfinished) legacy. However the inability to stake a claim as Cleveland’s best player in any of the past three seasons diminishes his case over Parker.

Much like Irving, Parker has been afforded the opportunity to play with an all-time great in Tim Duncan for much of his career. However, a few distinctions between these similar situations must be made. Unlike Irving, Parker has an NBA Finals MVP to his name. During the 2007 NBA Finals, the French point guard averaged 24.5 points, five rebounds and 3.3 assists on .568/.571 shooting. While Duncan turned in a strong series, Parker’s ability to outshine an all-time great — with all of the NBA watching — speaks volumes. Duncan, while past his prime, was still a perennial All-Star and yet, Parker was considered the best player in that series.

It’s hard to make the case that Parker was ever definitively better than Duncan in any one season — speaking more to TD’s sustained greatness than anything else — but there is certainly a number of years in which a debate is worth having. Let’s acknowledge that Parker’s prime spanned from (roughly) the 2008-09 season to 2013-14 — in which he made four of his six All-Star teams. In those six seasons, the Spurs finished 3rd, 7th, 1st, 1st, 2nd and 1st in the West. They made four Western Conference Finals, two NBA Finals and won a championship in 2014. So, yeah, they were an elite team and Parker was arguably their best player — or at least their best offensive player.

The strongest case for Parker can be made in either the 2011-12 or 2012-13 season. He was an All-Star both years, finished 5th and 6th in MVP voting (ahead of Duncan each season) and helped lead the Spurs to the 2012 Western Conference Finals and 2013 NBA Finals, where they lost to the Miami Heat in a series for the ages (look away, Spurs fans). So, maybe, just maybe, Parker was a slightly better player in those years.

I voted for Parker in the Twitter poll and after a considerable amount of analysis, I will remain in the pro-TP grouping. Parker’s ability to challenge Tim Duncan as the best player on a team that came within seconds of a title pushes TP past Irving.

At just 25 years old, Irving’s best seasons are likely still ahead of him. He may never make another NBA Finals and still ultimately surpass Parker as the better player. He’s one of the most gifted scorers and ball handlers in the league today. But for now, give me TP’s lightning quick first step, ability to command an offense, deadly mid-range jumper and crafty finishing moves over Irving.