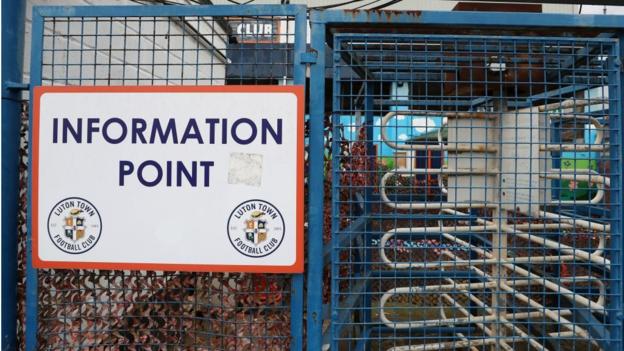 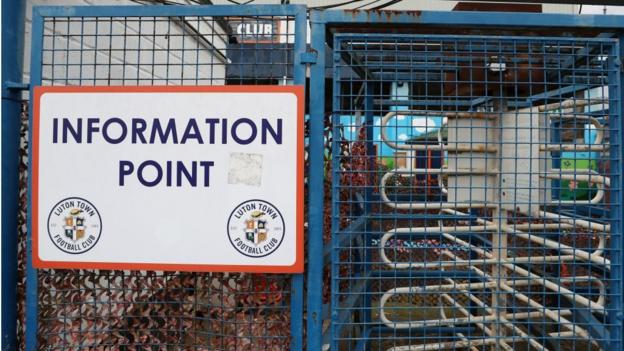 Luton chief executive Gary Sweet has warned the future of clubs “at every level” are at risk unless there is “a swift and material aid package” from the game’s authorities to deal with the impact of Covid-19.

Sweet has been a central figure in the Hatters’ rise from non-league back to the Championship and, having experienced the issues involved in running a club at four levels of the English pyramid, is seriously concerned as the game’s suspension heads into its second month.

“At Luton we have the benefit of Championship central distribution and a relatively low cost base. This situation is going to hurt us, so I dread to think how it will impact some clubs.”

On 3 April, the Premier League agreed to advance £125m in payments to the EFL and National League, although only £2m of it will go to the 68 National League clubs.

Where are we now?

Premier League clubs meet on Friday, but it will be mid-May before Uefa comes forward with its proposals, having already warned that any league ending its season prematurely puts places in next season’s European competitions at risk.

Non-league clubs are considering legal action after the FA Council ratified the decision to void the season between tiers three and six – the divisions below National League level. National League clubs have been asked to vote on ending the campaign without knowing how promotion and relegation is to be decided.

In Leagues One and Two, the deadline for payment of April’s wages is approaching and mass furloughing of players is being threatened.

Meanwhile, in the Championship, business plans are under even greater strain than normal.

No consensus among the Championship 24

Of the 21 Championship clubs who competed in the EFL last season, the latest published accounts for five of them included parachute payments that came with relegation from the Premier League.

In 13 instances out of the remaining 16, the club’s wage bills exceeded their income. In their accounts, Reading and Birmingham said there was “material uncertainty” over their ability to exist as a going concern. As is the case for the majority of Championship clubs, they are reliant on funding from their owners.

It has been reported that in order to protect themselves, if agreement can not be found between individual clubs and the Professional Footballers’ Association over wage cuts and deferrals, a “nuclear option” of all 24 clubs going into administration was being considered.

But this notion has been rejected by alternative sources influential within Championship circles.

“It is hard enough getting all 24 clubs to agree the time of day, let alone the detail about how you could go about doing that,” said one. “It just wouldn’t happen.”

Each club has a very different funding model.

Some – Stoke and Preston are two examples – have long-standing, wealthy owners, who have already vowed to honour their financial commitments. In contrast, Leeds and Birmingham have already reached deferral agreements with their first-team squads. Others are looking at other ways to reduce costs. West Bromwich Albion chief executive Mark Jenkins has taken a 100% pay cut.

Evidently, distrust exists. BBC Sport understands EFL chairman Rick Parry is in receipt of a letter from a club questioning how wage deferrals – existing and in the future – are going to be paid and whether, until salaries are honoured in full, clubs are going to be allowed to make new signings or agree new deals with players whose contracts expire on 30 June.

The argument is some have stretched themselves too far and should not be allowed to avoid the consequences.

When Covid-19 has been dealt with and life has returned to normal, it is anticipated the financial operations of EFL clubs will be looked at again.

Insiders have told BBC Sport the present “Profit and Sustainability” regulations are “not fit for purpose”. The EFL already has a working group looking at the rule, which allows clubs not recently relegated from the Premier League to lose £39m over a three-year period. However, rather than look at the whole issue with scepticism, as has been thought likely, it is hoped the experience of the past month, and what lies ahead, will allow all parties to adopt a more mature position which, in theory, will provide the breathing space needed to reach more acceptable – and workable – regulations.

However well run they are, a football club that cannot play football will eventually hit financial problems. All will take a hit if matches are played behind closed doors, as expected, when the games eventually return.

Leeds’ average attendance is 35,321, by far the highest in the Championship. They estimate their total loss of income from ticket sales, hospitality and retail if Elland Road remains empty for their final five home games of the season is £3m.

Club officials feel they could reduce the impact if they could offer fans the option of watching a live stream of games on their website. This would not help Blackburn, who gave Leeds an allocation of 7,700 for their game at Ewood Park on 3 April and, at £40 each, would have generated more than £300,000 from the visitors alone.

A closed-doors end to the season would cost Luton between 10% and 15% of their income for the entire campaign.

In talking privately about his club’s own position, one Championship executive spoke of his relief that a couple of potential January signings did not happen.

But, along with gate receipts, sponsorship and central distributions from television and the Premier League, selling players is a valuable source of income for Championship clubs.

It is now accepted, with reduced finance across the game, the transfer market will undergo “a correction”, which is bad news for those clubs planning to raise funds in the summer.

“It is not going to be a seller’s market, that’s for sure,” said one source. “If clubs thought they could get a certain figure for a player, they might well find they can’t now.”

There are two big questions that need to be answered. When is the season going to resume and is there a deadline by which games need to be finished? No-one knows the answer to the first and no-one in authority is saying anything about the second.

However, some club executives feel protecting next season is more important than how this one ends.

Indications are that Sky will not ask for the money they have paid for this season back. However, if the middle of June arrives with no indication when the 2020-21 campaign will begin, they are unlikely to hand over their first payment – and that would concern every club as it would chop off funding.

Some club officials privately back the public view of PFA chief executive Gordon Taylor that the next two seasons should be played exclusively in 2021 and 2022, with the latter terminating before the World Cup in Qatar.

Admittedly, it is not entirely clear how 2022-23 would work, nor how European club competitions and the delayed European Championship and Nations League would fit into that schedule.

But it is an idea – along with many others.

“We have meetings every couple of days and things get mulled over,” said a club source. “But that is all we do. We are just guessing. The fundamental point is we don’t know when the season is going to start again.”