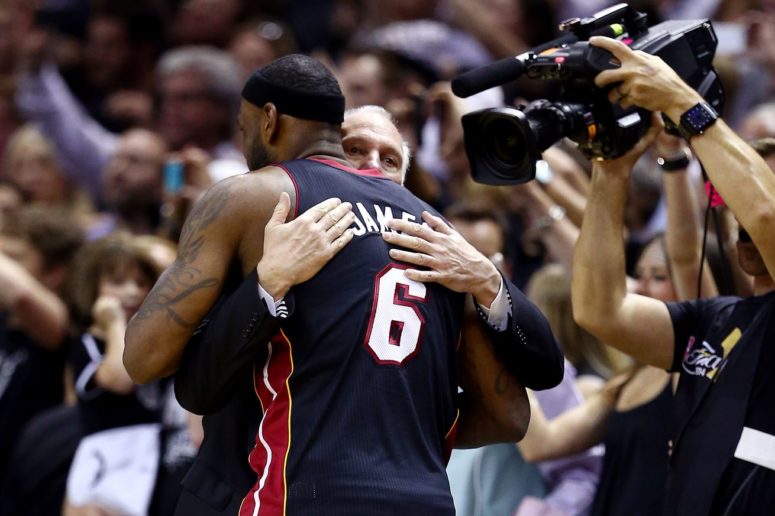 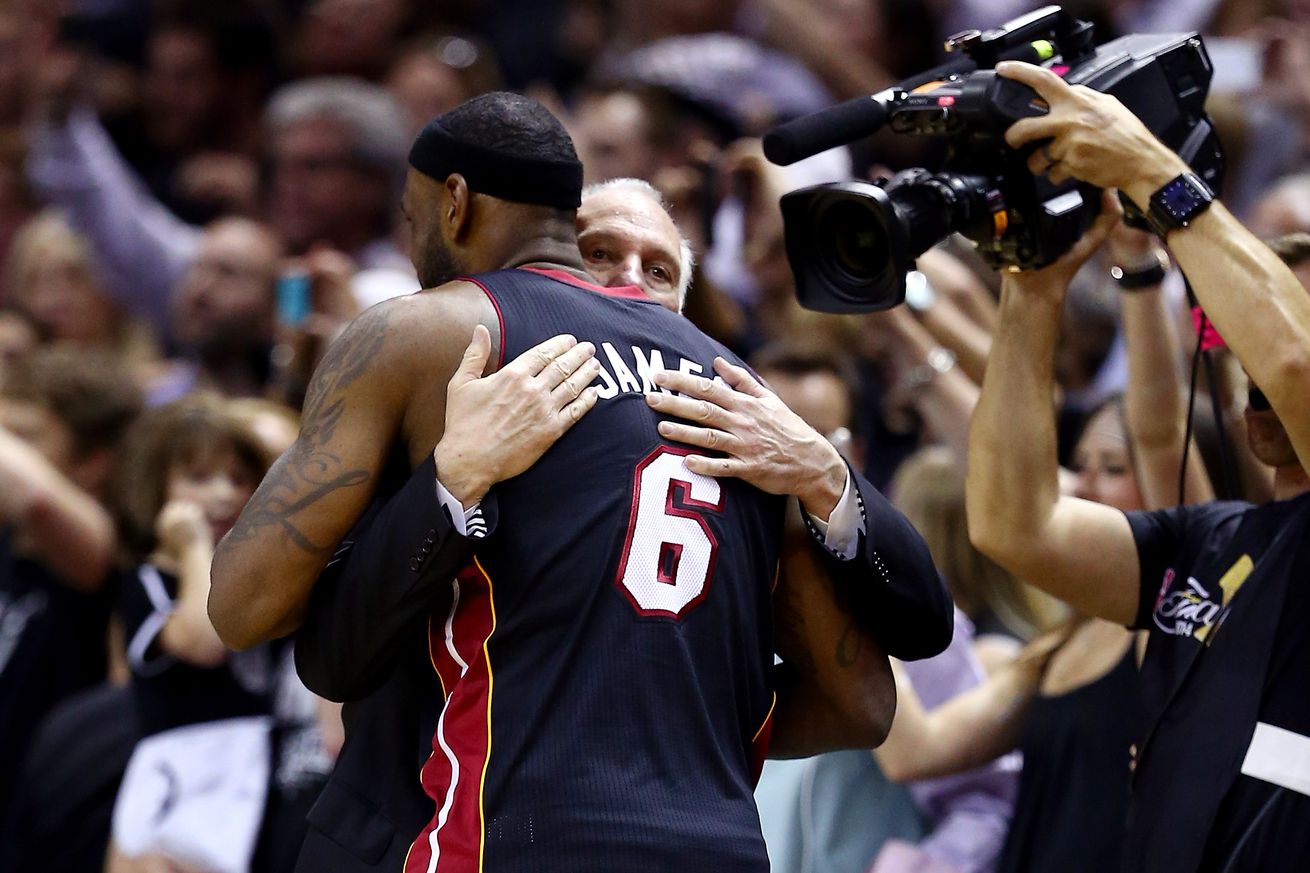 But we’ve heard this song before.

You know the drill as well as I do. This is the way things go whenever the team that LeBron James is on has problems. Someone at a national media conglomerate sends a message to an underling with instructions to get to work on a story about where James would land if he decides to leave for greener pastures.

This time around, the role of national media conglomerate is Sports Illustrated, the writer is Ben Golliver, and the piece is The Decision III:

With the Spurs, James would get to play alongside a Durant-stopper in Kawhi Leonard and play for a coach in Gregg Popovich who can match his basketball IQ. He would coast to winning seasons and be able to count on a supporting cast that always delivers a whole greater than the sum of its parts…

A James/Leonard frontline is the best counter imaginable to Golden State’s pairing of Durant and Draymond Green.

At least this time the logistics are acknowledged:

San Antonio would need to say goodbye to its 2018 free agents and cut additional salary, reversing course somewhat after its recent commitments to LaMarcus Aldridge and Pau Gasol.

But as Spurs fans we know how this goes. In 99 cases out of 100, the free agent in question signs elsewhere, San Antonio stays with the players its loyal to, and we keep racking up 50-win seasons.